A secret mission and a mystical journey. In the early stages of World War II a secret U-boat mission was set up to Scotland. Could it be that the untold story of “Unternehmen Kelch” has both a rational, political dimension and a “unworldly”, esoteric one? Navigating the dark corridors of hidden history and esoteric lore, episode 6 heads back to Scotland 1939. 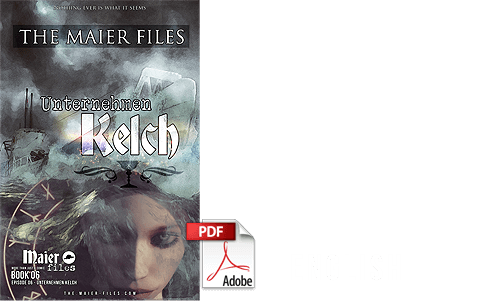 Exactly what were the true objectives in visiting Scottish waters?

Whether in consequence of either success or failure, there’s a legacy to these actions that, in spite of never been recognized, has nonetheless reverberated down through the following years! Maier files 6, in the footsteps of the “Hexen” Traute Rose and Luebella Donkers.

According to Rolf Naumann, the belief entertained among several occult circles that something very important was hidden in Scotland. A hint could be found in the writings of Wolfram von Eschenbach's Parzival where he stated:

Guyot, the master of high renown,

The legend which reaches back to the prime source of all legends.

We can digital print

The first page of the book can be personalized. Usually your name is printed, but it can also be replaced by a short message, eg Happy Birthday or someone else’s name. 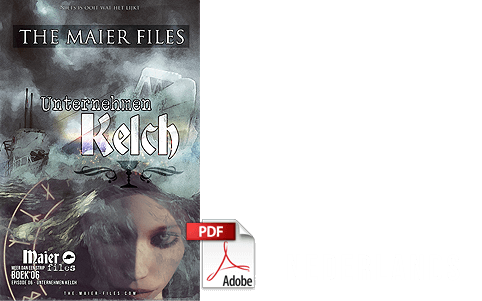