How could the scientist Otto Maier disappear into thin air?

History resembles a great stream, rolling down through the centuries. Its surface presents us a storyline of dates, combats, battles as well as treaties, kings, presidents and generals – in short, the official narrative that you are taught at school. However very much remains to be concealed from view: the murky depths that hide history’s real movers and shakers, the deceit and betrayal; the veiled currents of secret diplomacy and dark conspiracy that steer the course of events.

This is the story of the German scientist Otto Maier. At the end of the second world war he disappeared into thin air. More than sixty years later a young couple discovers his strange diaries. Their curiosity pulls them into a web of dark intrigues and veiled family secrets. A hidden history that seems to drag the couple toward a single, inconceivable truth and a long-lost world of esoteric wisdom.

Banksters and bank fraud, a stolen gold train, patent thefts, esoteric treasures and secrets, a dissident SS-division Parzival and a witch society. Often everything in this world looks the other way around. Everything here is upside down and inside out and nothing is ever what it seems ... Maier files ...

Writing about secrets is not easy. They are hidden and jealously guarded. They have to be patiently excavated like artifacts at an archeological dig. 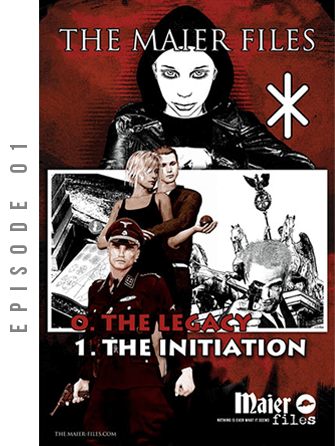 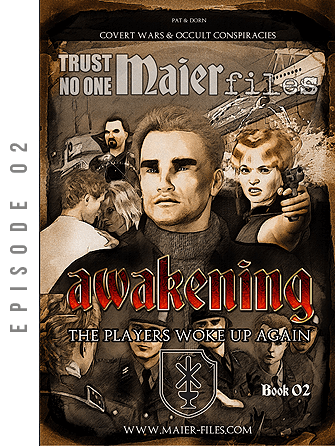 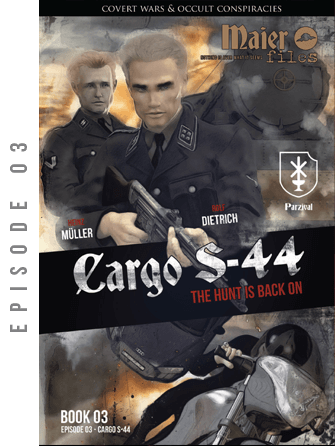 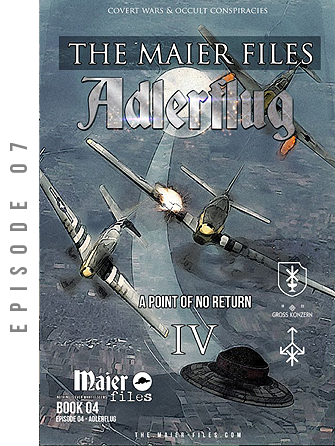 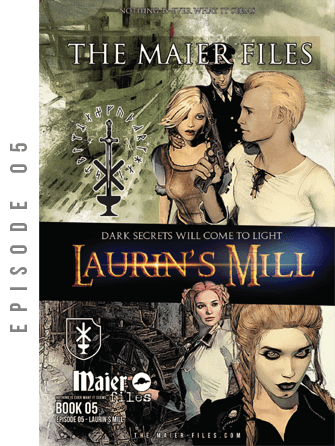 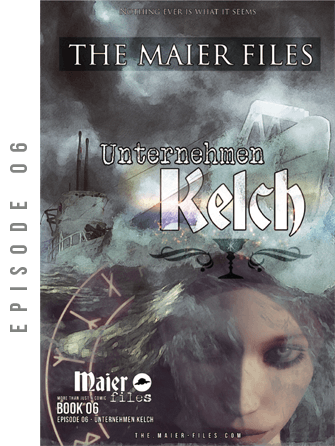 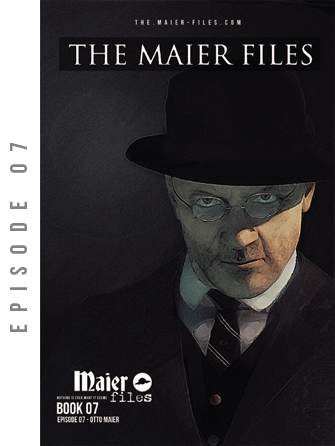 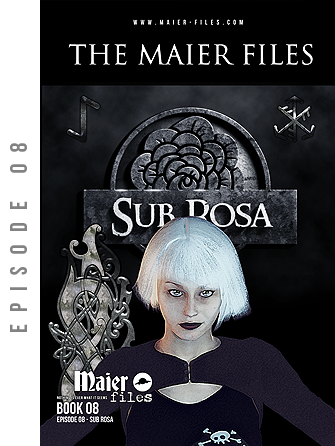 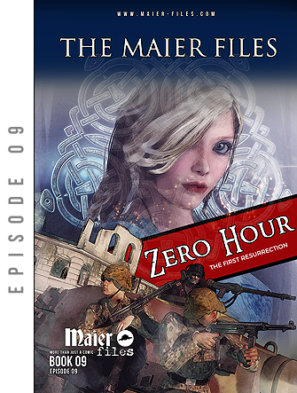 Who was Otto Maier?

Numerous stories are circulating about the mysterious Otto Maier. According to some sources, he conducted bizarre and secret time experiments. Others are convinced that he was one of the founders of a suppressed technology that could thoroughly change the current power structures. Again other rumors claim that he would have stolen a "Nazi" gold treasure. There is even a theory that depicts him as an occult conspirator who would have had ties with a dark and powerful witch society... All quite bold statements!

How did it start?

Many years ago I met an eldery man named herr Naumann. In fact I’m dedicating this entire graphic novel series to him and his mesmerizing story. The first time I met him, was on one of my work related trips to Dresden, Germany.

He ran a hotel business and he was a delight to talk to. In retrospect it seems very likely that his real name might have been Rolf Dietrich. Anyhow, every time I was in Germany for business I looked him up and we quickly became firm friends. Have you ever met someone new and immediately knew you could trust them? Like you knew them for ages? That happened here, in an instant.

I found I could ask him questions about more or less anything and he would tell me what he knew. He could talk the ears off a mule when I brought up topics like history, wars, legends and forgotten folktales. All themes we are very passionate about.

Then it happened! One dark rainy November night. During the course of one of our lively conversations about a folktale called Tannhauser, he baffled me by announcing that he inherited a big secret!

"I carry a burden for too long now," he explained.  "I'm about to tell you a secret. Well, I'd like to tell it to you, but there is a catch. Once I've told you, your life will be different, and the way you read human history will have changed. " It would become the most bizarre and compelling story I ever heard. This story became the basis of the Maier files and my personal search for Otto Maier...

Maier files is the graphical adaptation of Naumann's narrative. It retains everything that is inspiring about the most enigmatic writings I've encountered: Otto Maier's journals. In retrospect these diaries are about realizing one’s destiny.

An event has happened, upon which it is difficult

to speak, and impossible to be silent.

Already 9  steps down into the dark trying to unveil Otto Maier's mystery.

Otto Maier led a life of incredible adventure. The German scientist is said to have invented extraordinary engines. He was an electrical engineer, mechanical engineer, physicist, futurist and even to some a mystic. He disappeared by the end of WW2 and was never seen again.

On the mountains of truth you can never climb in vain: either you will reach a point higher up today, or you will be training your powers so that you will be able to climb higher tomorrow.

Every revelation, every stranger-than-fiction twist and turn is all the more intriguing as truths become lies and unlikely scenarios are revealed as reality. But things are never as they seem, and as new facts emerge about Otto Maier and his utmost strange diaries a far more important story unfolds. His obsessive quest for Truth and personal freedom.

The urge for freedom is so much a part of human nature that it can never be suppressed by laws, slogans, or commandments. There is a difference, however, between the urge and the reality. For most people, freedom remains a pleasant fantasy — something to dream of while carrying out daily obligations in the "real" world.

Fortunately, there is such a way. Maier's way.

The result is an alchemical formula that may well rip a hole in the fabric of your reality.

The world of Maier files

Central banks and the deepest secret of the “Global Adversary”

Inside the Stasi’s Spy-Tech World