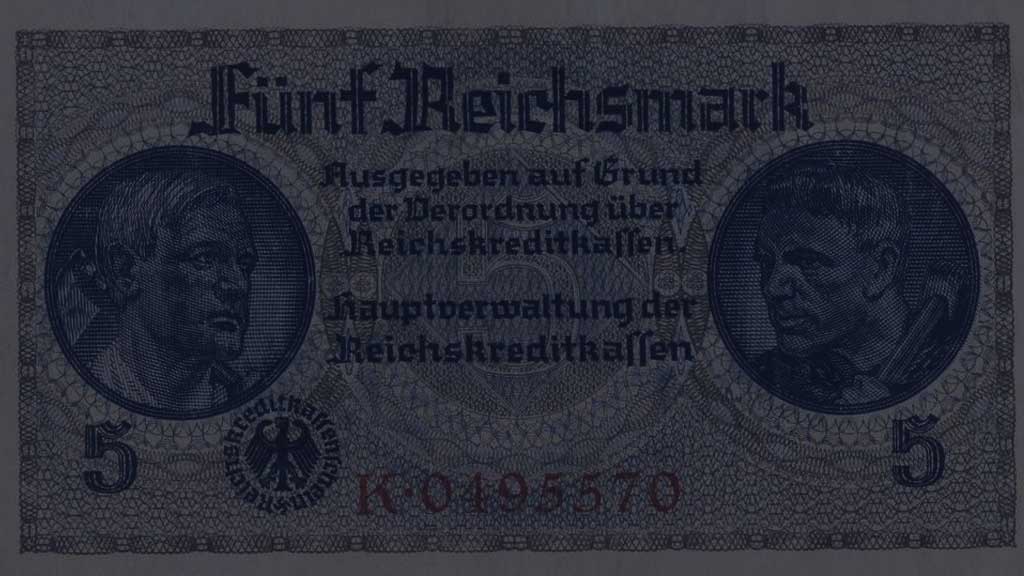 More than a good reason for starting a war 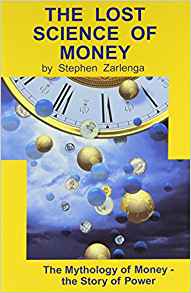 The Lost Science of Money
Amazon

If you’re interested in the dark, hidden backstories, reading Stephen Zarlenga’s book – The Lost Science of Money: The Mythology of Money, The Story of Power … is a perfect good start! And for those who can read between the lines also Dr. Hjalmar Schacht, his 1967 book The Magic of Money is a real eye-opener. Original German version:

When World War I ended and the Allies imposed war reparations on defeated Germany, the total reparations to be paid exceeded the value of all the property in Germany by three times! The Versailles Treaty required payment in U.S. Dollars and British Pounds. Schacht said in his book that the Mark’s dramatic devaluation began soon after the Reichsbank was “privatized,” or delivered to private investors.

Speculation in the German mark was made possible because the Reichsbank made massive amounts of currency available for borrowing. It created marks on demand and lent them at a profitable interest. When the Reichsbank could not keep up with the voracious demand for marks, other private investment banks were allowed to create them out of nothing and lend them at interest as well … Thus it was Germany’s privately owned central bank and its monopoly on the country’s money creation — money created as a circulating note of debt — that created the problem. Germany’s economy was crashed and devastated by the bankers.

In The Lost Science of Money pg 594 you can read: – Hitler and the National Socialists came to power on January 30, 1933. Germany’s foreign exchange and gold reserves had dropped from 2.6 billion marks in late 1929, down to 409 million in late 1933, and to only 83 million marks in late 1934. According to classical economic theory Germany was broke and would have to borrow. The German regime had only two choices. Either submit to total debt slavery or create their own fiat money. Like Lincoln did, they chose the fiat solution.

On May 1, 1933 the regime outlined the first Reinhardt program – a four-year plan to end unemployment. Although elements of this program had already started under the predecessor Von Papen Regime they had not all out efforts against unemployment.

One billion non-inflationary bills of exchange called Labor Treasury Certificates were then issued against this cost. Millions of people were put to work on these state-projects, and the workers were paid with the Treasury Certificates. The workers then spent the certificates on goods and services, creating more jobs for more people. The certificates were also referred to as MEFO bills, or sometimes as “Feder money.”  This together with the Tax benefits for industry, agriculture and the employment of domestic help, avoided the need to borrow from international lenders or to pay off international debt.

The basis of Feder’s ideas was that the state should create and control its money supply through a nationalized central bank rather than have it created by privately owned banks, to whom interest would have to be paid. From this view was derived the conclusion that finance had enslaved the population by usurping the nation’s control of money.

Feder’s ideas were only put into effect by the Nazi regime during the Great Depression: yet Germany quickly recovered while America and England remained mired in depression. It was not armaments spending but mainly middle class housing and then roads that were built. Unfortunately, Feder’s monetary views were mixed up with all-consuming anti-Semitism. But besides that it seemed his views worked very well.

Konrad Heiden noted that: “Industry did not want to put economic life at the mercy of such men as Gottfried Feder or Gregor Strasser, who also announced that they would create new form of treasury bills, to be given as credits to innumerable small independent businessmen.” Then something peculiar happened, Hitler appointed Goering to the matters, and Feder quickly lost the battle with Schacht and the German business establishment. And all return to the starting point. Very little is written about this!

end run around the bankers

The aftereffect of these machinations against the international money power was unsurprising. Germany faced an almost complete inability to conduct foreign trade and commerce. But the regime did an end run around the bankers and restored foreign trade by cutting out the banking middleman. Germany resorted to a system of barter with other nations.

They were not only doing that but departments of the SS “Research, Development, and Patents,” and “SS Development Area IV,” investigated and developed the technologies of “free” energy. Technologies that would allow Germany to engineer the physical medium and its energy directly, an to tap into it for its energy needs. This with the sole ambition cutting themselves loose from the powerful monopoly of the bankers who controlled world’s oil supplies. Plenty more reasons to fight a (hidden) war for! https://www.maier-files.com/checking-the-vaults/ Checking the Vaults

A large portion of Germany’s massive gold reserves are stored abroad, mainly in the Federal Reserve in New York. But are the bars really where they are supposed to be? … Checking the Vaults