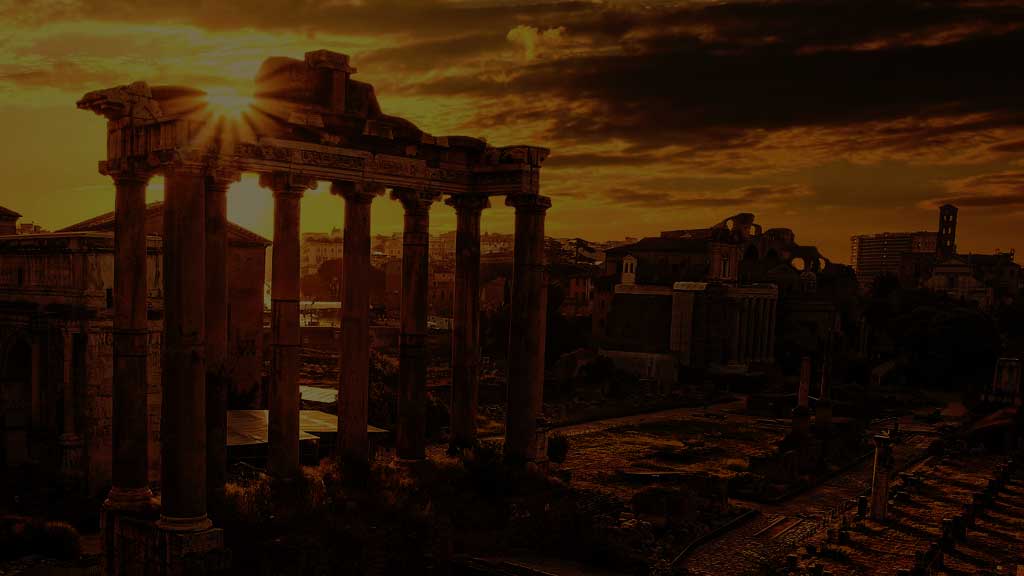 The Evolution of Civilizations

The Evolution of Civilizations expresses two dimensions of its author, Carroll Quigley, that most extraordinary historian, philosopher, and teacher. In the first place, its scope is wide-ranging, covering the whole of man’s activities throughout time. Second, it is analytic, not merely descriptive.

It attempts a categorization of man’s activities in sequential fashion so as to provide a causal explanation of the stages of civilization. Quigley coupled enormous capacity for work with a peculiarly “scientific” approach. He believed that it should be possible to examine the data and draw conclusions.

Quigley chose a life dedicated to rationality. He addressed the problem of explaining change in the world around us, first examined by Heraclitus in ancient Greece. Beneath that constant change, so apparent and itself so real, what is permanent and unchanging?

Quigley wanted an explanation that in its very categorization would give meaning to a history which was a record of constant change. Therefore the analysis had to include but not be limited to categories of subject areas of human activity —military, political, economic, social, religious, intellectual.

It had to describe change in categories expressed sequentially in time— mixture, gestation, expansion, conflict, universal empire, decay, invasion. It was a most ambitious effort to make history rationally understandable. 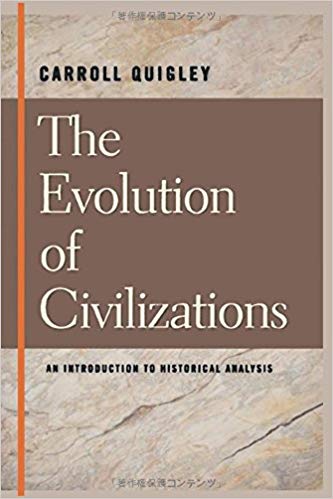 The Evolution of Civilizations
Amazon
In Evolution of Civilizations, Quigley describes the basic ideology of Western civilization as expressed in the statement, “The truth unfolds in time through a communal process.” People must constantly search for the “Truth” by building upon what others have learned. But no knowledge can be assumed to be complete and final. It could be contradicted by new information received tomorrow.

Quigley always retained his belief in the scientific method. Therefore, he saw Hegel and Marx as foolhardy and pretentious, in error, and outside the Western tradition in their analysis of history as an ideologic dialectic culminating in the present or immediate future in a homeostatic condition.

Quigley comments upon the constant repetition of conflict and expansion stages in Western history. That reform process owes its possibility to the uniquely Western belief that truth is continually unfolding. Therefore Western civilization is capable of reexamining its direction and its institutions, and changing both as appears necessary. So in Western history, there was a succession of technological breakthroughs in agricultural practice and in commerce.

Yet Quigley perceives the possible termination of open-ended Western civilization. With access to an explosive technology that can tear the planet apart, coupled with the failure of Western civilization to establish any viable system of world government, local political authority will tend to become violent and absolutist.

As we move into irrational activism, states will seize upon ideologies that justify absolutism. The 2,000-year separation in Western history of state and society would then end. Western people would rejoin those of the rest of the world in merging the two into a single entity, authoritarian and static.

The age that we are about to enter would be an ideologic one consistent with the views of Hegel and Marx (a homeostatic condition. That triumph would end the Western experiment and return us to the experience of the rest of the world) namely, that history is a sequence of stages in the rise and fall of absolutist ideologies.

“The Evolution of Civilizations is not a history. Rather it is an attempt to establish analytical tools that will assist the understanding of history. Most historians will regard such an effort as unnecessary or even impossible. Those who claim that no analytical tools are needed in order to write history are naive. To them the facts of history are relatively few and are simply arranged. The historian’s task is merely to find these facts; their arrangement will be obvious.

But it should require only a moment’s thought to recognize that the facts of the past are infinite, and the possible arrangements of any selection from these facts are equally numerous. Since all the facts cannot be mobilized in any written history because of their great number, there must be some principle on which selection from these facts is based. Such a principle is a tool of historical analysis. Any sophisticated historian should be aware of the principles he uses and should be explicit to his readers about these.

If historians are not explicit, at least to themselves, about their principles of selection among the facts of the past and among the many possible arrangements of these facts, all histories will be simply accidental compilations that cannot be justified in any rational way. Historians will continue to write about some of the events of history while neglecting others equally significant or even more significant. And they will form patterns for these facts along lines determined by traditional (and basically accidental) lines or in reflection of old controversies about the patterns of these facts.”

Is our civilization doomed?