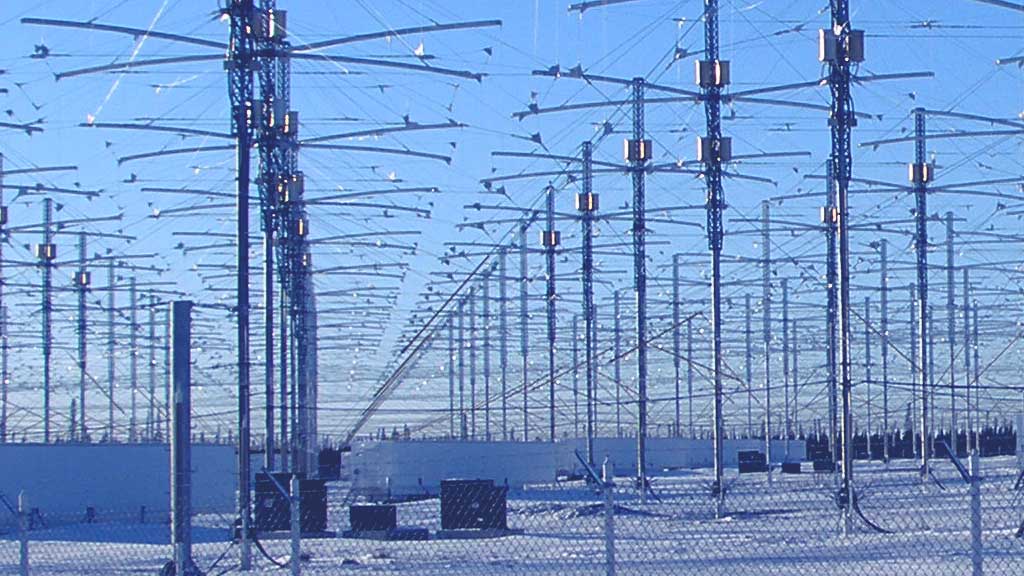 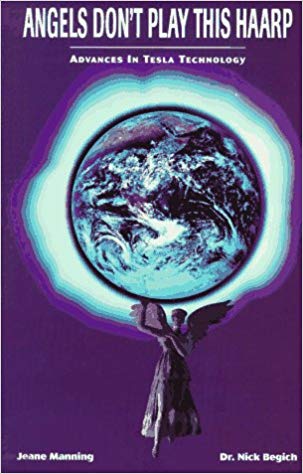 This is an update of Last year’s 2017 article – See Addendum below.

HAARP is the trip-off-the-tongue abbreviation for the mouthful that is America’s High Frequency Active Auroral Research Program housed near Gakona, Alaska. Here, on a 33-acre site, scientists transmit a 3.6million megawatt signal into the ionosphere. Then other colleagues in white lab coats can understand and control ionospheric processors that might alter the performance of communication and surveillance systems.

HAARP is about improving communications?

No, it is not, say Nick Begich and Jeane Manning, authors of Angels Don’t Play This HAARP (1995) and Jerry E. Smith, the author of HAARP (1998).  Since the HAARP transmitter works by heating the ionosphere, Begich, Manning, Smith et al claim it is capable of altering the world’s weather systems to the advantage of the US. But the US isn’t alone anymore, there’s Europe(i.e., Germany) with its EISCAT (European Incoherent Scatter Scientific Association).

And there’s of course Russia and China who are coordinating and cooperating in their own experiments using the Russian Sura Ionospheric Heating Facility, located near the small town of Vasilsursk.

The cases in point being the 2004 Indian Ocean Tsunami (which allowed Uncle Sam to gain control over the oil rich Aceh province), and the 2008 Sichuan earthquake and the 2011 Japanese Tsunami (both of which devastated the economies of America’s chief Asian competitors). More common is the notion that HAARP’s Ionospheric Research Instrument (IRI) transmitter can be used as a “death beam” capable of destroying enemy satellites.

Many researchers think that a misfire in 1993 caused electricity blackout in Canada and the north-east of the USA. Technologically, HAARP does have – although officialdom tends to deny it – a striking similarity to the patented defence system designed by Dr Bernard Eastlund, which fires pulses of electromagnetic radiation at incoming missiles. As Eastlund readily acknowledged, his patent owed much to principles laid down by Nikola Tesla, pioneer of Free Electricity, although the exact system powering Tesla’s own “weapon of doom” is unknown. On Tesla’s death the FBI seized many of his papers which are still under wraps. But still plenty of Tesla’s papers went missing.

Suspicions that HAARP has an ulterior military function are roused further by following the cash trail: the programme is funded by the Office of Naval Research, and managed by the Defense Advanced Research Projects Agency. Even so, all nefarious applications of HAARP are denied by US officialdom. The administration points out that the HAARP site holds open days every summer. Which is great if you are an Eskimo or a polar bear. Otherwise, Gakona, 200 miles east of Anchorage, is the end of the earth.

The transmitter or HAARP device and its duplicated brother devices in Europe, Russia, China and who knows where else. Probably Japan, India, Brazil, Israel possess such heaters on the ground too.  A large field of antennas designed to work together in focusing radio-frequency energy for manipulating the ionosphere. The radio frequency energy can be pulsed, shaped, and altered in ways never possible with other transmitters or at the power levels of this facility.

The device has an effective-radiated-power of 1 billion watts. It will be used for:

The story of HAARP

The story of HAARP and its related technology is a part of the puzzle of a “Revolution in Military Affairs” being pursued by the United States government, but it is only a small part. “Millions of dollars have gone to Alaska universities to harness the power of the aurora borealis, the electrical energy shimmering in the northern skies…

The earmarks also financed, among other things, ‘a supercomputer north of the Arctic Circle’ without naming the University of Alaska. Fairbanks as the beneficiary. Early on in the HAARP project there was confusion about “harnessing the energy of the aurora” (the northern lights) for use by the military. The real use appears to be for over-the-horizon effects, communications and ABM defense-related research.

The University of Alaska again is the recipient of a supercomputer for “academic” research. The reality shows that the military uses the Univeristy to conduct experiments for advanced weapon system. Of course ithout full public disclosure or debate.

The above material is quoted from the book Earth Rising – The Revolution: Toward a Thousand Years of Peace by Dr. Nick Begich and James Roderick.

A new class of weapons

Researchers learned that HAARP represents a technology which could lead to a new class of weapons that could change our world profoundly – an all-purpose military tool. If misused, the tool could mess up the weather. They can use it against humanity in a way that would change what people think, believe and feel. They can use it for good or evil, just as a harp can produce the music of Mozart or the melody of a death march. And for sure those HAARP-type military experiments can play many technological “notes”.

That last item will surprise researchers who have been looking only at the possible environmental effects of HAARP-type technologies. The authors believe that these possibilities are very real.

As you will see in the research cited in their book Angels don’t play this HAARP, U.S. decisionmakers for the first time are proposing to mix military and civilian police resources, under the banner of “non-lethal” weaponry for crowd control and other purposes.

The authors’ purpose is not to scare you. But instead to inform you on under- reported crucial issues, and to provide sources for more information. Both the military / contractors and the opponents misrepresented HAARP.

December 2018
A new story as reported by The South China Post:

China and Russia have modified an important layer of the atmosphere above Europe to test a controversial technology for possible military application, according to Chinese scientists involved in the project.

They carried five experiments out in June. One, on June 7, caused physical disturbance over an area as large as 126,000 sq km (49,000 square miles). That is about half the size of Britain.

In another experiment on June 12, the temperature of thin, ionised gas in high altitude increased more than 100 degrees Celsius (212 degrees Fahrenheit) because of the particle flux.