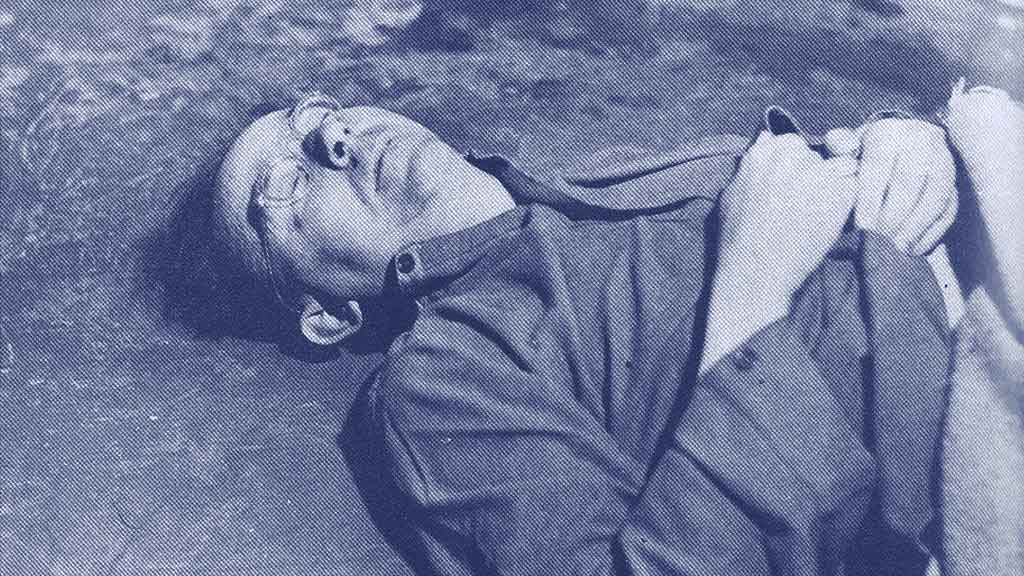 The unlikely death of Heinrich Himmler

Yet another odd conspiracy about World War II 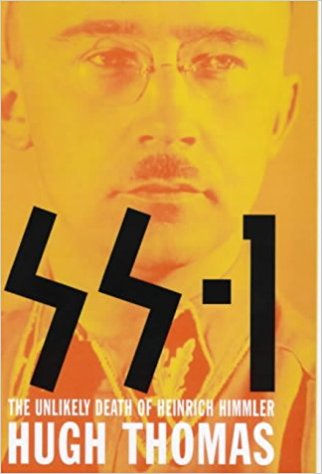 There is the strange case of Heinrich Himmler and his unlikely death. In April 1945, as the end of the Third Reich loomed, Hitler’s number one found a sudden and urgent desire to make peace with the ‘Allies’. When he was rebuffed, and his treason made public, Hitler ordered his arrest.

To curry favor with the oncoming Allies, Dönitz dismissed Himmler on 6 May 1945. Himmler then tried his luck with the Americans. He offered Dwight Eisenhower the surrender of all Germany. In exchange he asked to be spared from prosecution. He even suggested to Eisenhower that he, Himmler, be the Minister of Police in the new Germany. Ike refused this and he declared Himmler a war criminal.

At this point directly hunted by the Allies, Himmler wandered around Flensburg close to the Danish border masked as a member of the military police. However, the stamps on his papers raised the suspicions of a British soldier, Arthur Britton, who arrested “Heinrich Hitzinger” on 22 May 1945 on suspicion of being a member of the SS. In captivity he was soon recognized.

And, if it was Himmler, was he “suicided”. Among the first to proclaim that a “fake” Himmler died in Lüneburg were members of the “ratline” ODESSA, who maintained that the real Himmler escaped to the village of Strones in the Waldviertel, a hilly forested area in Lower Austria, where he was involved in reviving the National Socialist movement.

British forensic historian, Hugh Thomas supports the ODESSA “double” case. In his book SS-1 he questions whether the body examined by British military authorities was really that of the SS-leader. Because certain physical details of the dead man photographed lying on a bed at Lüneburg do, indeed, seem different from Himmler’s.

One nostril is larger than the other; Himmler’s were symmetrical. The corpse seems to be free of a duelling scar, meaning he wasn’t the boy born to Anna and Dr Gebhard Himmler on 7 October 1900. Of course he might have been wearing make-up, which in those days those leaders seem to be rather fond of.

What probably bangs a nail into the coffin of “Himmler double” theory, grainy photography aside, is Himmler’s daughter. Gudrun Himmler, born in 1929 loved her father so much she almost idiolized him. And to Himmler she definitely was the apple of his eye. If he had survived 1945, it is nearly unimaginable that they wouldn’t have been in touch afterwards. But not the slightest hint or suspicion of any corresponding or meeting exists.

Hugh Thomas’ portrait of Himmler is, in fact, the best part of his book SS-1 which consists in three parts. There’s an excellent mini-biography of Himmler. An analysis of the links between national-socialist and international finance during the war. And third, a forensic examination of the corpse that may or may not have been that of the Reichsführer.

The description of Himmler’s childhood and youth is compelling. A man of quiet, unemotional gestures, a man without words. He was strict and possessed of a phenomenal memory. Furthermore, he kept a daily diary recording everything that happened to him. Quick as a blitzkrieg, this young man became Reichsführer SS (in 1929, aged 28).

The title SS-1 refers to Himmler’s position as head of the SchutzStaffel; it was also the licence plate of his BMW staff car. According to Josef Goebbels, “except for Hitler, no one is entirely without fear of Himmler”.

Revisionist author Joseph Bellinger and British writer Martin Allen are amongst the most prominent promoters of the alternative version of Himmler’s death. Both men suggest that the British assassinated Himmler. Martin Allen also claims that Himmler had secretly negotiated with Britain as early as 1943. Churchill had him murdered to cover up this fact. Much of Allen’s evidence from the National Archives turned out to be twenty-nine forged papers.

Allen’s protestations of innocence or deliberate planting by MI5/the Establishment/jealous historians to discredit his thesis were undone by his professional record: his two previous books also seem to have relied on documents of dubious provenance and authenticity.

It’s still peculiar that army personnel at Lüneburg were ordered to sign the Official Secrets Act, and unusually the relevant papers – those, that is, that haven’t conveniently disappeared – are not due for release until 2045. The mystery is compounded by the fact that British soldiers took Himmler’s body and buried it in an unmarked grave on Lüneburg Heath.

It’s true and a fact that the British dug up the corpse for re-identification. And it’s also true that several members of British intelligence, double agent Kim Philby among them, were not immediately convinced that Himmler was dead. Hugh Thomas set out to answer Philby’s question and uncovered a maze of corruption, high finance, political gambles and international intrigue. Indeed yet again a peculiar incident in World War II. In this world nothing is ever what it seems.