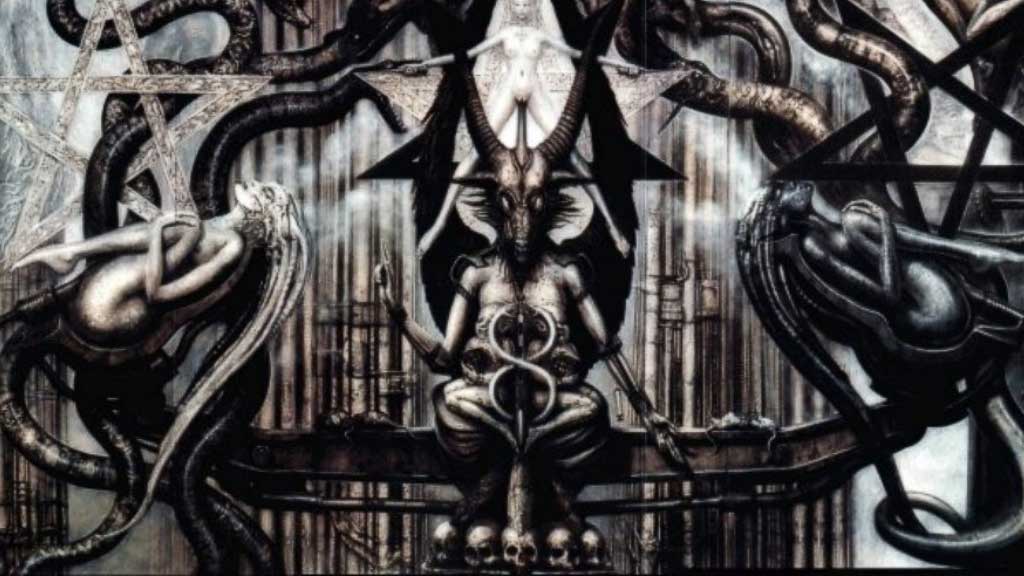 Did the Knight Templar worship an idol called Baphomet?

In looking at the question of the Gral, supposed Catharist practices, and other demonic charges leveled at the Templars, we must keep in mind that these were in the main attached to the Templars by outsiders. When we come to the question of whether the Templars ever worshipped an idol called Baphomet, the issue is more complicated because several Templars did, under torture, admit to some kind of practice involving a head with one, two, or three faces that was said to be responsible for germination.

But never such head showed up as evidence in the trials. Nor anything that resembled a head has survived. Sometimes associated with the name Baphomet, that appellation, odd as it is, is just about all we have to go on (unless one wishes to advance the painted head of a bearded man on a door found in Temple Combe as a two-dimensional candidate).

A list of charges submitted by inquisitors on August 12, 1308, accuses the Templars on grounds that: in each province they had idols, namely heads . . .

In his book the Trial of the Templars (Cambridge: Cambridge University Press, 1978), 249 Malcolm Barber one can read:

– they said that the head could save them.

– something that made the trees flower.

– that they surrounded or touched each head of the aforesaid with small cords, which they wore around themselves next to the shirt or the flesh.

According to Masonic historian Matthew Scanlan, the Valetta Palace of the Knights of Malta featured a chamber of reflection. There stood a skull upon which they meditated. Images of skulls and bones surrounded this room.

This suggests a monastic-type meditation on death, its meaning and denouement: resurrection, rebirth—even germination, by extension to the natural world. This practice was maybe derived from or shared with the Templars.

A simple head is significant in several belief systems. The most obvious one involves the pagan Green man. His features have graced many medieval churches and who has been associated with the vestiges of pre- and post-Christian fertility cults. As far as we know, these carved heads were never adored in the manner suggested by the Inquisition charges.

Such a head could simply have represented the god Pan (Greek for the All), a conception of nature that might have been of significance to builders building on cosmic principles (the Templars did have their own masons).

Peter Partner states in his 1987 book The Knights Templar and their Myth, Baphomet simply meant “Mahomet” in old French and was used as part of a general demonology current among all classes at the time for the “heathen” Prophet of Islam. Partner quotes from a Provençal poem ascribed to Ricaut Bonomel. Bonomel describes how the Saracens after 1265 impose new defeats on them.

He stated: “for God, who used to watch on our behalf, is now asleep, and Muhammad (Partner’s translation of Bafometz) puts forth his power to support the Sultan.”

“Baphomet” sounds like one of the many attempts of Westerners in the Middle Ages to get their tongues around a Semitic or Arabic language. Thus, Abu Hamid ibn Muhammad al-Tusi al-Ghazali turns up in the West as Algazel; Ibn Bajja, Avempace; Abu’Ali al-Hasan ibn al-Haytham becomes Alhazen, etc.

We cannot therefore expect “Baphomet” to mean exactly what it says.

Several leading interpretations run as follows. The Arabic abufihamet in Moorish Spanish comes out as bufihimat. This word translates as “Father of Wisdom” or “Father of Understanding.” If we take the word as a transliteration from Greek, we could sustain (baphe methra), baptism of Mithra.

This might tell us something of the confused origin of the word, but not necessarily anything about the particular object to which the word was attached. No student of the subject seems to have thought clearly about what, for example, a “baptism of Mithra” could have involved.

The most famous image of the Mithraic cult as it was practiced in late antiquity depicts a youth in a Phrygian cap slaying or sacrificing the “cosmic bull,” from whose orifices emerge blood (life), sperm (life), and corn (life). What do all these substances have in common? Water. Mithra is the sender of life.

So when Ricaut Bonomel complains in his poem that “Bafometz puts forth his power to help the Sultan” (in Partner’s quotation above), it might simply be a (then-) understood euphemism for rain or some related climatic phenomenon favorable to the enemy, in terms of either a good harvest (bread for his troops) or thunderstorms that harass the crusaders.

There is really no reason to suppose that a more complex rationale underlies the name Baphomet. Furthermore, the Inquisition records themselves attest that the respected head was the bringer or herald of fertility, change, rebirth, new life, and the like. It may be significant in this regard that Templar confessions suggested the head had two or three faces.

The two-faced head speaks immediately of the Roman god Janus, god of the doors between past and future, looking both ways at once: time as a cyclic continuum. Janus is of course the god of January, the first month of the Gregorian new year, the end of the old and beginning of the new.

In this regard, a recently discovered letter can maybe bring a solution to the age-old mystery of the worshiped head. This letter is from Archdeacon Ralph Churton, fellow of the Society of Antiquaries (1754–1831), to John Brickdale Blakeway, the historian of Shrewsbury, who had inquired of the archdeacon as to the origin of an ancient Christian festival called Relique Sunday.

There does remain solid evidence of an iconographical link between the Templars and Gnostic symbolism. Sylvia Beamon describes in her fascinating book,  The Royston Cave: Used by Saints or Sinners? an “abraxus” or secret seal with the words Secretum Templi (referring to the Templar treasury or secret) around a figure familiar to Gnostic students.

Some of the figure’s body is armored, but the chest area sports a court robe. In place of legs are serpents that terminate in two heads. The figure’s head is a cockerel’s.

The figure has strong Gnostic associations. And what’s more, it is identical to magic gems of the Abrasax, or anguiped type, from the Roman period. The figures (with cock’s or ass’s head and serpent feet) often bear names of Jewish origin. Gnostic texts mention these same names. These names refer to gods or archons, such as Ialdabaoth, Jao, Abrasax, Sabaoth, Adonaios.

Abrasax, or Abraxas consists out of Greek letters corresponding to the number 365. This represented the god of the solar year, or perhaps of time itself.

The seal occured in a French charter dated October 1214, which belonged to the Templar grand master.

Following von Hammer-Purgstall, there have been suggestions that the figure represents Baphomet or “Baphometides,” the baptism of wisdom; or, alternatively, Bios, Phōs, Metis—Life, Light, Wisdom.

We simply do not know why the grand master of the Templars should have employed such a figure. Thus are the speculative possibilities legion.

And in case we were disposed to consider this an isolated case of fortuitous identification, there is another incident. A metal-detector enthusiast discovered a seal bearing the same figure and inscription in the Lichfield area of Staffordshire in 1997.

Most intriguingly, this seal contained within it a tiny piece of woven fabric. The British museum now possesses this peculiar object. And it presumably will languish among many other objects that fit into no currently respectable theory. The matter remains a true mystery.