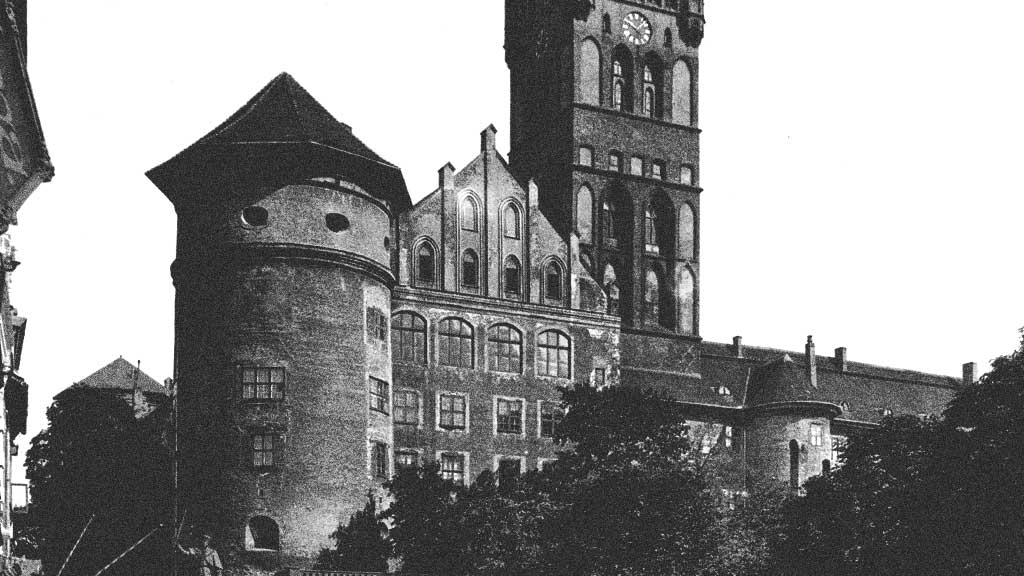 Königsberg castle and the Bernsteinzimmer mystery

Did you know that witches consider amber as the best gemstone for locking thoughts and memories in place and keeping them safe? Known for its soothing properties Amber was used medicinally for thousands of years for headaches, heartaches, and pains of all kinds. (another hint in the Maier-files puzzle). One of the important threads in the Maier files series is the history and hidden secret of the Amber Room or in German Bernsteinzimmer.

The Amber Room is a world-famous chamber decorated in amber panels backed with gold leaf and mirrors, located in the Catherine Palace of Tsarskoye Selo near Saint Petersburg. Originally constructed in the 18th century in Prussia, the Amber Room disappeared during World War II and was recreated in 2003. Before the room was lost, it was considered an “Eighth Wonder of the World“.

Construction of the Amber Room first took place around 1701 in Prussia. The room was designed by German baroque sculptor Andreas Schlüter and Danish amber craftsman Gottfried Wolfram. Schlüter and Wolfram worked on the room until 1707, when work was continued by amber masters Gottfried Turau and Ernst Schacht from Danzig. The amber cabinet remained in the Berlin City Palace until 1716 when it was given by the Prussian King Frederick William I to his then ally, Tsar Peter the Great of the Russian Empire. In Russia, the room was expanded and after several renovations, it covered more than 55 square metres and contained over 6 tonnes of amber. 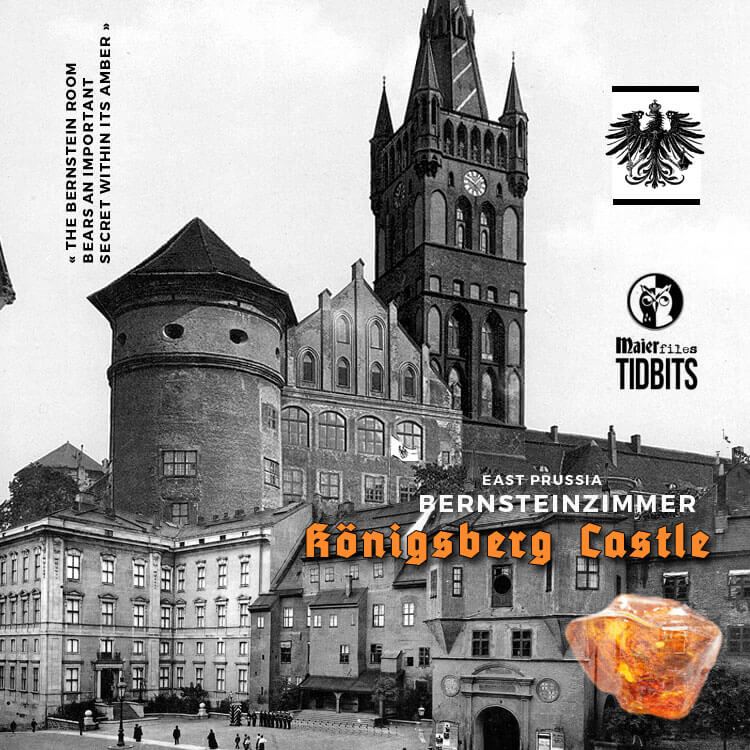 Shortly after the beginning of the German invasion of the Soviet Union in World War II, the curators responsible for removing the art treasures in Leningrad (St. Petersburg) tried to disassemble and remove the Amber Room. However, over the years the amber had dried out and become brittle, making it impossible to move the room without crumbling the amber. The Amber Room was therefore hidden behind mundane wallpaper, in an attempt to keep German forces from seizing it.

German soldiers of Army Group North disassembled the Amber Room within 36 hours under the supervision of two experts. On 14 October 1941, the priceless room reached Königsberg in East Prussia, for storage and display in the town’s castle. On 13 November 1941, a Königsberg newspaper announced an exhibition of the Amber Room at Königsberg Castle.

Orders given by Hitler on 21 and 24 January 1945 ordered the movement of all precious art possessions from Königsberg. This allowed Albert Speer, Reichminister of Armaments, and his administration team to transport cultural goods of priority. However, before the Amber Room could be moved, Erich Koch, who was in charge of civil administration in Königsberg during the final months of the war, abandoned his post and fled from the city, leaving General Otto Lasch in command.

After the war, the Amber Room was never seen in public again, though reports have occasionally surfaced stating that pieces of the Amber Room survived the war. Several eyewitnesses claimed to have spotted the famous room being loaded on board the Wilhelm Gustloff, which left Gdynia on 30 January 1945, and was then promptly torpedoed and sunk by a Soviet submarine.

In 1968, despite academic protests worldwide, Soviet leader Leonid Brezhnev ordered the destruction of Königsberg Castle, thus making any onsite research of the last known resting place of the Amber Room all but impossible. In more recent years, the search for the Amber Room has continued in different locations including near Wuppertal, Germany. 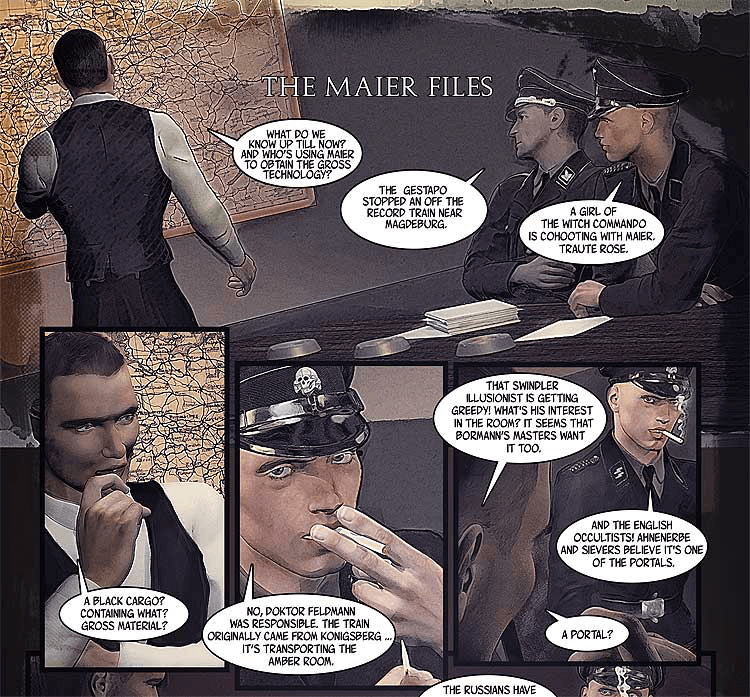 A Lithuanian legend tells us that all the amber that is found in the Baltic sea was once part of the palace of the Queen of the Sea Juratė who fell in love with a mortal fisherman. She lived in a realm under the sea in a luxurious palace she built. Her magical residence was made of white gold and amber. The God of Thunder, Perkunas, was in love with Jurate. However Jurate did not return his feelings and was not interested in the god of thunder. She rejected and turned down his love many times.

One day while she was staring at the sea she noticed a fisherman and found out his name was Kastytis. She fell in love with him almost instantly, as he did with her. Whenever Kastytis went on a fishing trip Jurate would meet up with him and bring him down to her undersea dwelling. Using magic, Kastytis was able to breathe and talk in the underwater palace.

For many afternoons they would just talk and everyday they fell even deeper in love.  The god of thunder became jealous; not only had she fallen in love with another man, but she had fallen in love with a mortal! Perkunas took matters into his own hands and he chained Kastytis to the bottom of the sea floor and restrained Jurate beside him. Without the magic that allowed Kastytis to breathe underwater like before, he drowned. Jurate, was forced to watch her love die.

Perkūnas the god of thunder destroyed the amber palace to punish her for indiscretion and the bits of rubble wash up on the shore even today. In another version, Jurate mourns to this day and her teardrops are the amber washing ashore.

Amber is to be considered as the Memory Stone…

Like said witches consider amber as the best gemstone for locking thoughts and memories in place and keeping them safe.

Known for its soothing properties Amber was used medicinally for thousands of years for headaches, heartaches, and pains of all kinds.