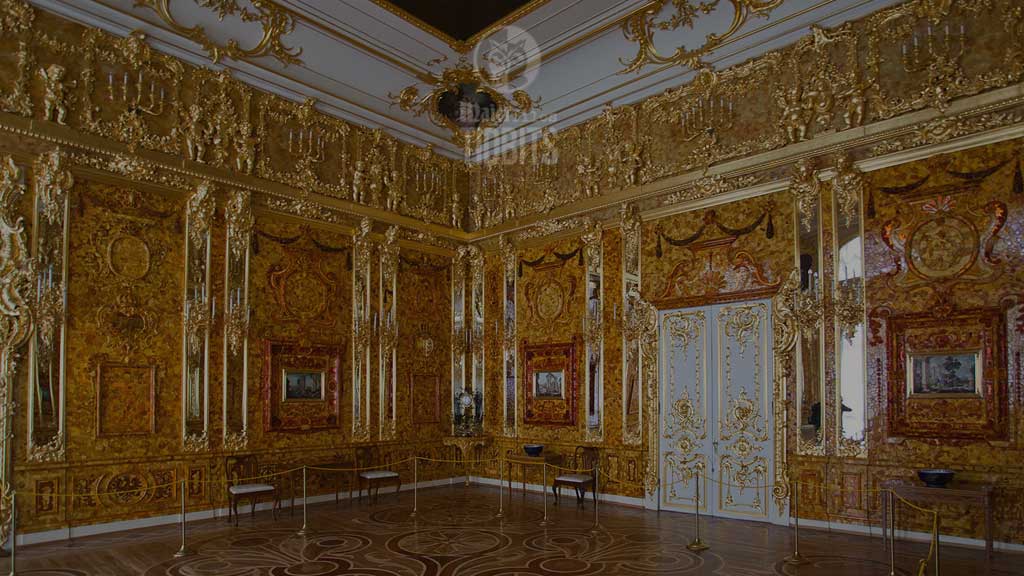 The amber room or “Bernsteinzimmer” in German is a lost treasure and work of art that is almost unknown in the English-speaking world, but as a mystery, could be compared to the disappearance of Amelia Erhart for Americans.

The Bernsteinzimmer is just that, a room made of amber. Amber is a semi-precious stone formed from fossilized tree sap in an earlier geologic time frame. It washes up naturally on the shores of the Baltic Sea and so has been gathered by local people since the Neolithic and used as money and for trade. Construction of the Amber Room first took place around 1701 in Prussia. The room was designed by German baroque sculptor Andreas Schlüter and Danish amber craftsman Gottfried Wolfram. Schlüter and Wolfram worked on the room until 1707, when work was continued by amber masters Gottfried Turau and Ernst Schacht from Danzig.

Friedrich Wilhelm I of Prussia presented the Russian Tzar Peter the Great with a room made of amber in 1716. Prussia needed an ally and Russia was a rising star at that moment. The Amber room was shipped to Russia and set up in the winter home of the Tsar.  In 1735, the amber room, now a recognized art treasure, was moved to the Tsar’s summer home. The hall in which the amber room was installed was approximately ten meters square and four and threequarter meters high so this was a large, ornate, imposing mass of cut amber decking the walls. Russian amber carvers added to the room completely covering the ceiling with amber. The Bernsteinzimmer remained as a Russian treasure through the Revolution being displayed near Leningrad / St. Petersburg at Empress Catherine’s former palace in Pushkin.

With the German invasion of World War Two, the amber room was packed up and moved East for safety sake. But only part of this treasure was actually packed up by the Russians and taken way. Some was not, including some of the upper frieze and the mirrors.

We know this because Pushkin fell into German hands and the Germans packed up what remained of the amber room and moved it back to Germany. Some of it may have been moved to Thuringia but there is no doubt that a great portion of it went to Königsberg. Not only to Königsberg but to a castle near Königsberg and put on display. It was actually opened to the public in the summer of 1943. 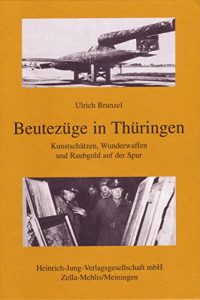 Now things start getting fuzzy. On 24 January 1945, Hitler had ordered the treasure onto a ship, the cruiser “Emden” along with the coffins of Soldatenkönig Frederick William I of Prussia,  Frederick the Great and Paul von Hindenburg, into hiding, first to Berlin and later to a salt mine outside of Bernterode.

The coffins were later discovered by occupying American Forces, who re-interred the bodies in St. Elisabeth’s Church in Marburg in 1946. In 1953 the coffin was moved to Burg Hohenzollern, where it remained until 1991, when it was finally laid to rest on the steps of the altar in the Kaiser Friedrich Mausoleum in the Church of Peace on the palace grounds of Sanssouci. The original black marble sarcophagus collapsed at Burg Hohenzollern—the current one is a copper copy.

So, sometime between its presence at the castle in Königsberg and the sinking of the Emden at Kiel, the Bernsteinzimmer disappeared.

Secrets of the Amber Room