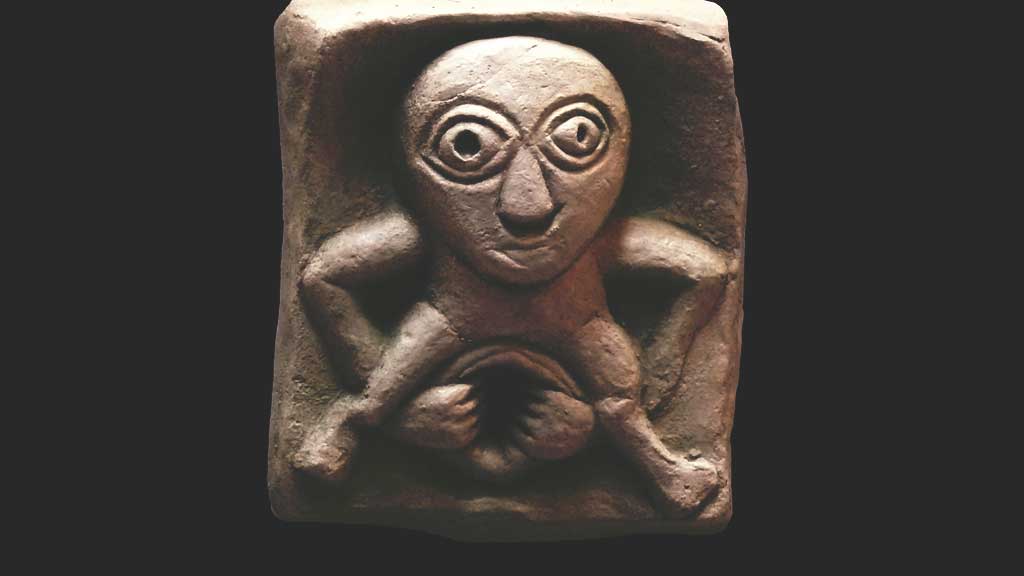 Anasyrma - The woman lifts up her skirt 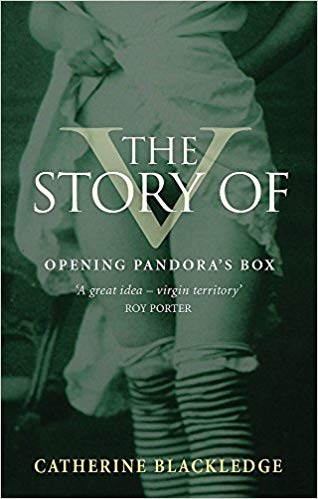 The Story of V: Opening Pandora's Box
Get it at Amazon

Anasyrma is literally “the exposing of the genitals.” This is a form of exhibitionism found in religion or artwork, rather than a display for arousal, and it refers always to the act of a woman exposing herself.

The act of lifting up one’s skirt to display the genitals can be an apotropaic device. (A type of magic intended to turn away harm or evil influences). It can, in circumstances of war, evoke the fear of the enemy. It can also be an act which evokes surprise and subsequent laughter and a letting go of sadness.

What is signiﬁcant about anasyrma is that it reﬂects the numinous quality of the female genitals and the genital region through which birth ensues. In several cultures, there is a myth of anasyrma used for emotional healing. The most well-known myth of that type is probably that of Baubo and Iambe.

In the Homeric Hymn to Demeter (eighth–sixth centuries BCE), the goddess of grain, Demeter, is grieving for her daughter Persephone, who has been carried off by the underworld god, Hades.

The Greek historian Herodotus refers to a ritual women performed while boating to the Egyptian town of Bubastis, a ritual which included the lifting up of their skirts: Whenever they travel to Bubastis, they do this…. Some of the women do that which I have said, some mock the women in the town, shouting at them, some dance, and some stand up and lift up their skirts. They do this at every city along the river. Herodotus, Histories 2.60

A symbol of power and magic

The ritual of anasyrma is also found in Japanese myth. The Japanese goddess Amaterasu, after withdrawing to a cave in anger, was coaxed out by the dance and display of the goddess Ame-no-Uzume no Mikoto, “the Terrible Female of Heaven.”

The goddess Hathor lifts up her skirts, displaying her “nether parts” to the sun-god, thus making him laugh—that is, thus taking away his grief.

Throughout time, the vulva has been a symbol of power and magic. Again, a plethora of female nakedness can overcome even the mightiest warrior.

Sheela na gigs are sculptures of women, standing, squatting, or dancing, who reach down to pull open their labia in a bold display.

The earliest Sheela-like figures (as opposed to real Sheela sculptures) appear on the corbels among fantastical stone carvings on twelfth-century Romanesque churches across the European continent.

These are iconographic, rather than textual, figures, although we believe that there may be some functional correspondence between Sheela na gigs and ancient Irish literary figures.

There is controversy over both the significance of these iconographic figures and the meaning of the term Sheela na gig.

Who are the mighty Disir?

He found that these women could heal a person caught in the spell of the evil eye by lifting their skirts to display their nakedness.

Further, in a letter to the Irish Times on January 23, 1977, an elderly man, Walter Mahon-Smith, recalled an incident from his youth: In a townland near where I lived (Caherfinsker, Athenry, County Galway), a deadly feud had continued for generations between the families of two small-scale farmers.

One day, before the first World War, when the men of one of the families, armed with pitchforks and heavy blackthorn sticks, attacked the home of the enemy. The woman of the house (bean-a’-tighe) came to the door of her cottage, and in full sight of all (including my father and myself, who happened to be passing by) lifted her skirt and underclothes high above her head, displaying her naked genitals. The enemies of her family ﬂed in terror.