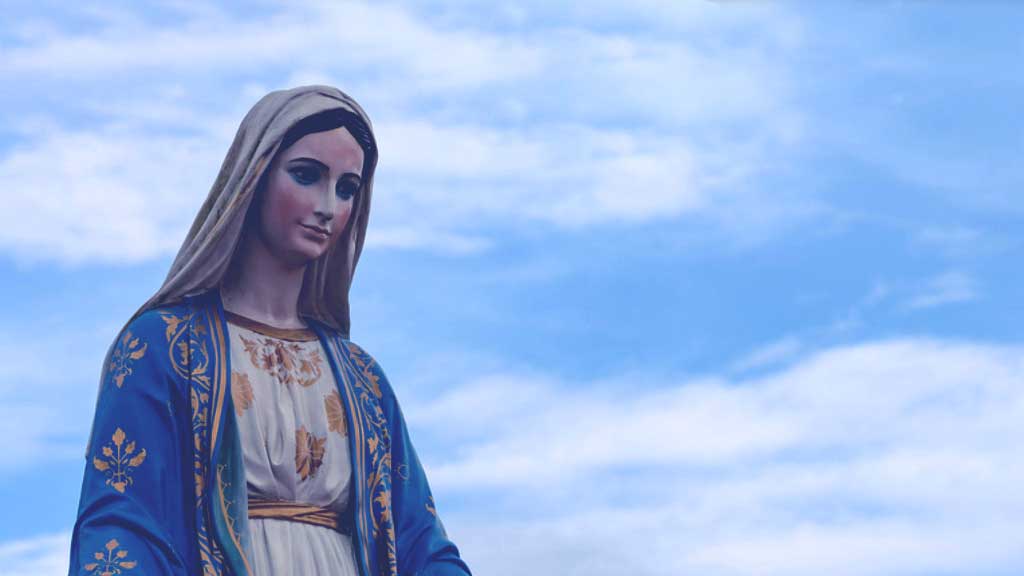 Mother Goddesses and The Rose Ladies

Even before Christianity apparitions of Rose Ladies were seen ...

There are circa 21,000 visions of Mary in the last 1,000 years, of which 210 were reported between 1928 and 1971. Remarkable fact is that even before Christianity visions and apparitions of Rose Ladies were seen. The most famous of last century (1917) was Fatima. According to Sister Lúcia (she was one of the children who saw the Virgin Mary), Mary requested the consecration of Russia to her Immaculate Heart on several occasions. 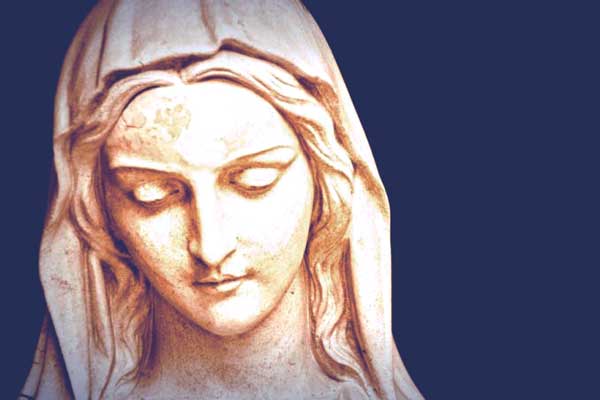 Many of the churches were constructed on the site of a vision, including the sanctuary of Lourdes, the most famous place of apparition, a place of annual pilgrimage for many. Pope John Paul II declared 1988 to be ‘The Year of Marian Devotion’. The Virgin’s link with the goddess tradition is also reflected etymologically in her name, ‘Maria’, which comes from the Latin mare, meaning ‘sea’.

All of the Mother Goddesses are born from the primeval sea or the watery abyss, the primordial womb of life from which all created forms arise: the ideogram for the Sumerian goddess Nammu was the ocean. Isis was ‘born from the all-wetness’. Hathor is ‘the watery abyss of heaven’. Nut, the sky goddess, lets drop her milk as rain. Aphrodite is born from the foam of the sea. The vibrantly painted ‘mermaids’, flinging their arms and hair to the winds of each quarter on the prows of ships, could be a folk remnant of this inheritance.

Mary is oftentimes referred to as the net (153) and her son as the divine fisherman, just as in Sumeria Dumuzi, the son–lover of Inanna, was referred to as  ‘Lord of the Net’. This motif is echoed in the image of Christ as ‘fisher of men’. The sea-shell, holy to Aphrodite along with the image through which the initiates of Eleusis identified each other, turned, in the Middle Ages, the talisman of the pilgrims travelling to the great shrine of Santiago de Compostela in northern Spain.

Star of the Sea

Mary acquired her title Stella Maris – ‘Star of the Sea’ – from Isis, evoking the heavenly sea of the night sky together with the earthly ocean. Again, like Isis, Mary became the patron of ships and sailors, life-saving in an epoch of nightly navigation by stars.

In Sicily, for instance, where once the eye of Horus, son of Isis, was painted on the prow of the local fishing boats, now the sign of the Virgin takes its place. In Alchemy Mary became the star that guided the pilgrim who set sail on the uncharted waters of the great sea of the soul.

Eithne Wilkins, in her book The Rose Garden Game, draws these images together: The boat of Isis that commemorates the ritual boat once carried in procession in antique Rome, when the mystery religions flourished there, is still preserved outside the church called Santa Maria della Navicella, Our Lady of the Boat.

Appositely the apse mosaic is a representation (the earliest of its kind) of the Great Mother, a brilliant sixth century Madonna enthroned, herself a throne for the regal Child …

The same symbols join together continually, whatever the framework of belief may be. A means of transport, whether boat or chariot (such as that of Isis with roses for wheels) or the travelling moon, is a universal symbol of the feminine principle, and the Great Mother. Whether as the rose sailing on the waves of the sea or as the rose that is the haven, is also the sea itself, the vast watery womb, the depth.

The Lady is symbolized as the sea, the traveller on the sea, the haven, and the rose. It was when Aphrodite was born, foam of the sea, that the roses first bloomed on her island, and doubtless the sea was then rained on and sprinkled with roses as Botticelli imagined.

Wilkins mentions also The Protoevangelium (p.94) an apocryphal story about Mary who weaves the veil of the temple. The dynamic in the narrative is yet again the representation of the Great Mother, who spins life out of herself, providing form to and clothing incarnation in the person of her son, yet drawing a veil between the two facets of herself, unmanifest and manifest.

As eternity spinning time, growth and destiny, she weaves the great web of life in the image of a mother with a child in her womb, who weaves life into form out of her body in ways still unknown to us.

The Moirae, the three Greek goddesses of fate, born from the Underworld and Night, from Zeus and Themis; The Three Norns, Urd, Verdandi and Skuld. Frau Holle the spinning Goddess of also childbirth. The Cretan goddess of childbirth, Eileithyia, Athena, and Penelope waiting for Odysseus were all spinners and weavers of the threads of destiny. And Mary stands as the last link in this chain of transmission.

Wilkins continues: Whether in Greek, Germanic, Mayan or other myth, the Fates are always spinners and weavers, the archaic female triad outside space and time … The Great Mother herself spins and weaves because she is the primal embodiment of the triad of the weavers of all things earthly, of growth, of time, of destiny.

The primordial lady spins out of her own being the thread of time and weaves it to make the tissue of things, just as the woman spins in herself the tissue of another being’s flesh… Spinning and weaving are occupations proper to the Virgin Mary as Great Mother and it is probably not accidental that two parts of spinning-wheel machinery are called ‘the maiden’ and ‘mother of all’, or that the number fifteen plays a significant part both in spinsterist lore and in the rosary.