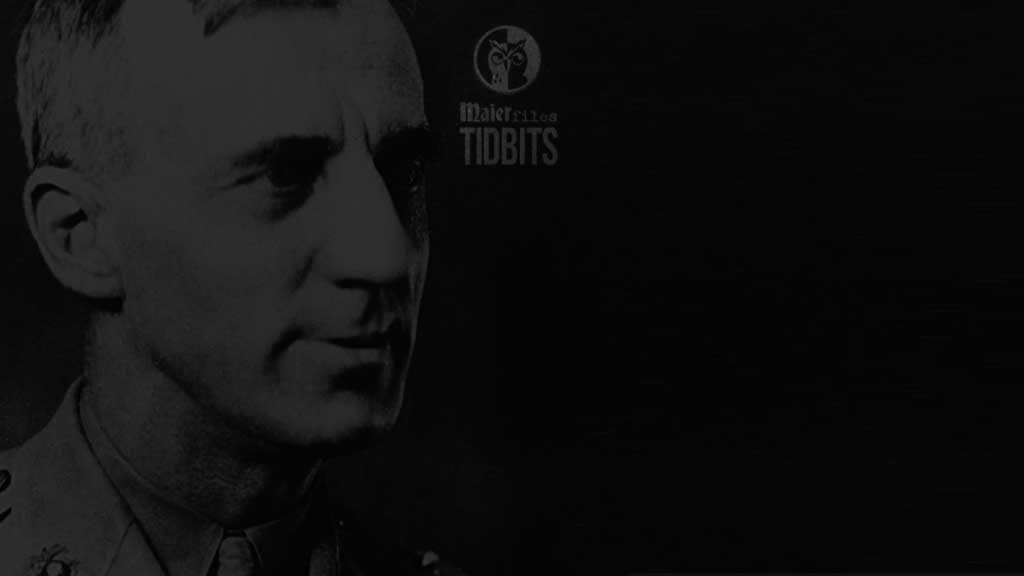 To Hell With War!

I am not a fool as to believe that war is a thing of the past. I know the people do not want war, but there is no use in saying we cannot be pushed into another war.

Looking back, Woodrow Wilson was re-elected president in 1916 on a platform that he had “kept us out of war” and on the implied promise that he would “keep us out of war.” Yet, five months later he asked Congress to declare war on Germany.

In that five-month interval the people had not been asked whether they had changed their minds. The 4,000,000 young men who put on uniforms and marched or sailed away were not asked whether they wanted to go forth to suffer and die.
Then what caused our government to change its mind so suddenly?

An allied commission, it may be recalled, came over shortly before the war declaration and called on the President. The President summoned a group of advisers. The head of the commission spoke. Stripped of its diplomatic language, this is what he told the President and his group:

If we lose (and without the help of the United States we must lose) we, England, France and Italy, cannot pay back this money . . . and Germany won’t.
So . . . “

Had secrecy been outlawed as far as war negotiations were concerned, and had the press been invited to be present at that conference, or had radio been available to broadcast the proceedings, America never would have entered the World War. But this conference, like all war discussions, was shrouded in utmost secrecy. When our boys were sent off to war they were told it was a “war to make the world safe for democracy” and a “war to end all wars.”

Well, eighteen years after, the world has less of democracy than it had then. Besides, what business is it of ours whether Russia or Germany or England or France or Italy or Austria live under democracies or monarchies? Whether they are Fascists or Communists? Our problem is to preserve our own democracy.

And very little, if anything, has been accomplished to assure us that the World War was really the war to end all wars.

Yes, we have had disarmament conferences and limitations of arms conferences. They don’t mean a thing. One has just failed; the results of another have been nullified. We send our professional soldiers and our sailors and our politicians and our diplomats to these conferences. And what happens?

The professional soldiers and sailors don’t want to disarm. No admiral wants to be without a ship. No general wants to be without a command. Both mean men without jobs. They are not for disarmament. They cannot be for limitations of arms. And at all these conferences, lurking in the background but all-powerful, just the same, are the sinister agents of those who profit by war. They see to it that these conferences do not disarm or seriously limit armaments.

The chief aim of any power at any of these conferences has not been to achieve disarmament to prevent war but rather to get more armament for itself and less for any potential foe.

There is only one way to disarm with any semblance of practicability. That is for all nations to get together and scrap every ship, every gun, every rifle, every tank, every war plane. Even this, if it were possible, would not be enough.

The next war, according to experts, will be fought not with battleships, not by artillery, not with rifles and not with machine guns. It will be fought with deadly chemicals and gases.

But victory or defeat will be determined by the skill and ingenuity of our scientists.

If we put them to work making poison gas and more and more fiendish mechanical and explosive instruments of destruction, they will have no time for the constructive job of building greater prosperity for all peoples. By putting them to this useful job, we can all make more money out of peace than we can out of war — even the munitions makers.
So…I say,

TO HELL WITH WAR!

Smedley Darlington Butler (July 30, 1881 – June 21, 1940) was a United States Marine Corps major general, the highest rank authorized at that time, and at the time of his death the most decorated Marine in U.S. history. During his 34-year career as a Marine, he participated in military actions in the Philippines, China, in Central America and the Caribbean during the Banana Wars, and France in World War I. Butler later became an outspoken critic of U.S. wars and their consequences. He also exposed an alleged plan to overthrow the U.S. government.