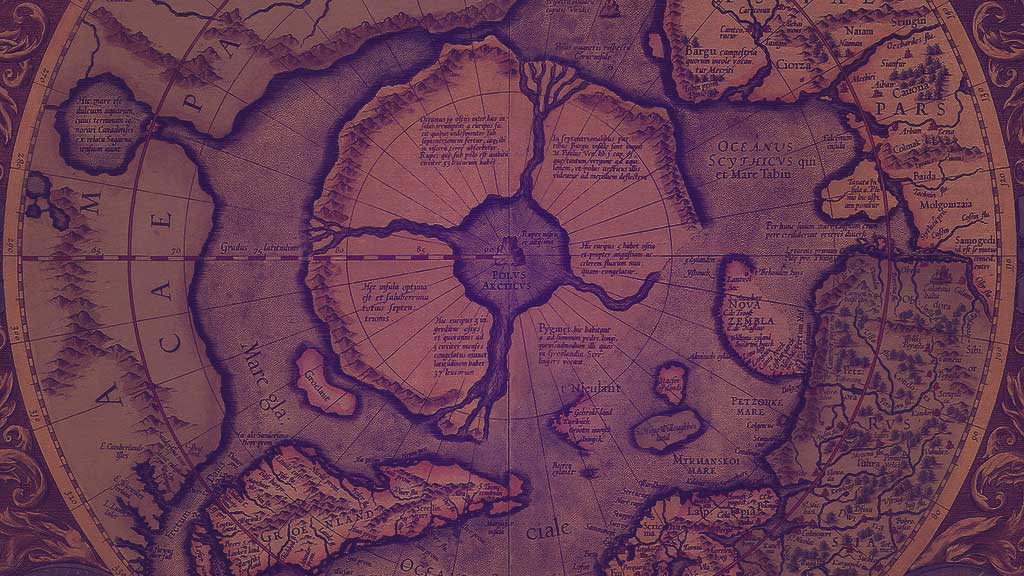 All Indo-European traditions talk about the disappearance of Thule

In traditional teaching the location of the center or primordial seat of the Olympian civilization of the Golden Age is to be found in a Boreal or Nordic region that became uninhabitable, Hyperborea. This tradition of Hyperborean origins, in its original Olympian form or in its new emergences of a heroic type, is at the basis of founding or civilizing deeds performed by races that spread into the Eurasian continent during the period from the end of the glacial age through the Neolithic Era.

Some of these races must have come directly from the North; others seem to have had as their country of origin a Western Atlantic land in which some kind of replica of the Northern center had been established.

This is the reason why various concordant symbols and memories refer to a land that sometimes is Northern-Arctic and other times Western. Among the many designations of the Hyperborean center that came to be applied also to the Atlantic center was Thule, or “White Island’ or “Island of Splendor” (the Hindu Sveta dvlpa; the Hellenic Leuke island; or Ariyana Vaego in ancient Iran); and “Land of the Sun;’ or “Land of Apollo;’ that is, Avalon. Concordant memories in all Indo-European traditions talk about the disappearance of such a seat (which later on was mythologized) following an ice age or a flood.

Here is the actual, historical counterpart of the numerous allusions to something which, starting with a particular time period, has allegedly been lost or turned concealed and untraceable. This as well is the reason why the “Island” or “Land of the Living” (the expression “living” here making reference to the people of the original divine race), which is the land to which the well-known symbols of the Supreme Center of the world allude, was frequently confused with the “region of the dead” (the term “dead” here referring to the extinct race).

Hence, for example, based on a Celtic doctrine, mankind’s primordial ancestor was the god of the dead (Dispater) who dwells in a remote region beyond the ocean, in those “faraway islands” whence, in accordance with the Druids’ teachings, some of the prehistoric inhabitants of Gaul came directly. The Irish name ” Tir fa Tonn” – Land Beneath the Waves – applied to an image of this region, incorporates a memory of its sinking and submersion. 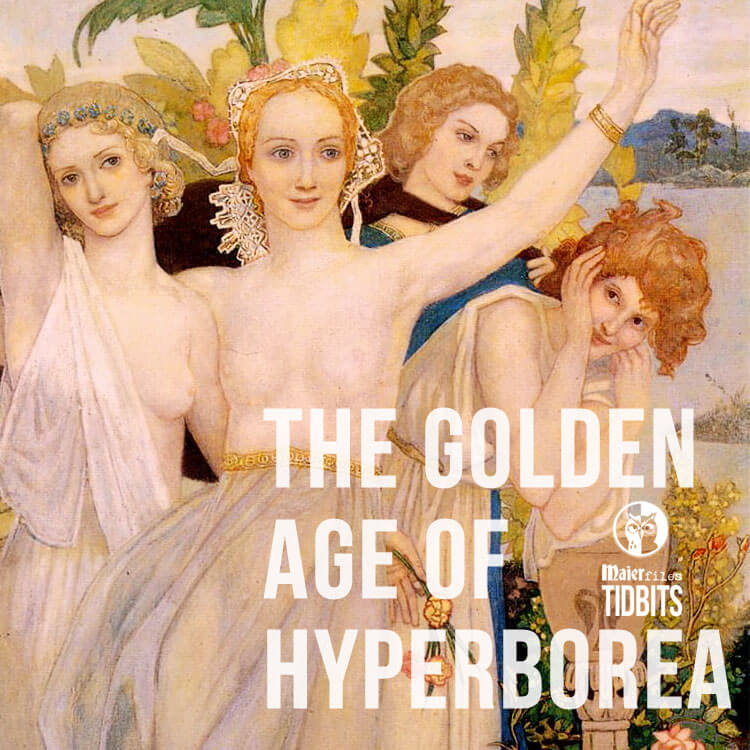 This created numerous confusions, but in essence it will always be the same transposition in superhistory, under the variants of a latent or hidden reality or center, of ideas referring to the Hyperborean theme.

Now, the legendary history of Ireland is based on the events of races that later invaded it and dominated it, originating from a mysterious Northern-Atlantic center, to which they occasionally returned. The Historia Britorum often gives to this center the name Hiberia, but in fact such a term is only a creative rendering of the Irish titles Magh-Mo, Tragh-Mor, or Magh-Mell, designating the “Land of the Dead,” specifically, the primordial Northern-Atlantic center.

There are many stories surrounding such races: they were in perennial conflict with the Fomors, giants or dark and monstrous beings who, in the Christianized elements of the saga, were significantly assimilated to the antediluvian giants or to savage beings descending from Shem and from Cain. These Fomors are the equivalent of the “elemental natures” or giants who were the mortal foes of the Aesir, the “divine heroes” in the Nordic tradition of the Edda.

In any event, the Fomors, in their essential aspect as an obscure and telluric race, are defeated by a first nucleus of civilizers who came to Ireland from the Atlantic region and from the race of Partholan. Eventually this race became extinct and was followed by a second people of the same origins, the race of Neimheidh.

That name, which derives from a Celtic root meaning “heavenly;’ but also “ancient,” “venerable,” and “sacred.” A symbolic episode during the age of Neimheidh recalls a counterpart in the Edda. In the Edda, the Aesir, or “divine heroes;’ turn to the elemental beings to make them rebuild the fortress of the central region, Midgard’s Asgard. As a reward for such a job, the giants want the divine woman Freya, and also the moon and the sun.

After they are refused a struggle ensues, which culminates in the fatal “twilight of the gods:’ Likewise, in the Irish cycle, Neimheidh employs the Fomors to build a fortress, but then, fearing that they may occupy it, he exterminates them.

This is to no avail, since the descendants of Neimheidh end up being subjected to the Fomors, who inhabit the Tor-Inis, a fortress in an island located northwest of Ireland. In this place, during an attempted rebellion, Neimheidh’s descendants are massacred, just as in the saga of the Edda the struggle against elemental forces ends at first in a defeat of the Aesir.

At this point of the unfolding of the Irish legend, an attempt at heroic restoration occurs. It is the cycle of the Tuatha de Danaan, a name that means “the people of the goddess Anu or Dane.” This race, on the one hand, is believed to have come to Ireland from “heaven” – hence, according to the Leabhar na hUidhre (Book of the dun cow – It is the oldest extant manuscript in Irish.),” their wisdom and sublimity of their knowledge.”

On the other hand, they are believed to have acquired a supernatural knowledge in the Hyperborean region. Tuatha brought with them from the Northern-Atlantic seat four (4) objects that were strictly related to the teaching they received there: a stone, a spear, a sword, and a bowl. – More about the Tuatha de Danaan in a next post.

src. The Mystery of the Grail – Julius Evola
http://amzn.to/2gLSxUl