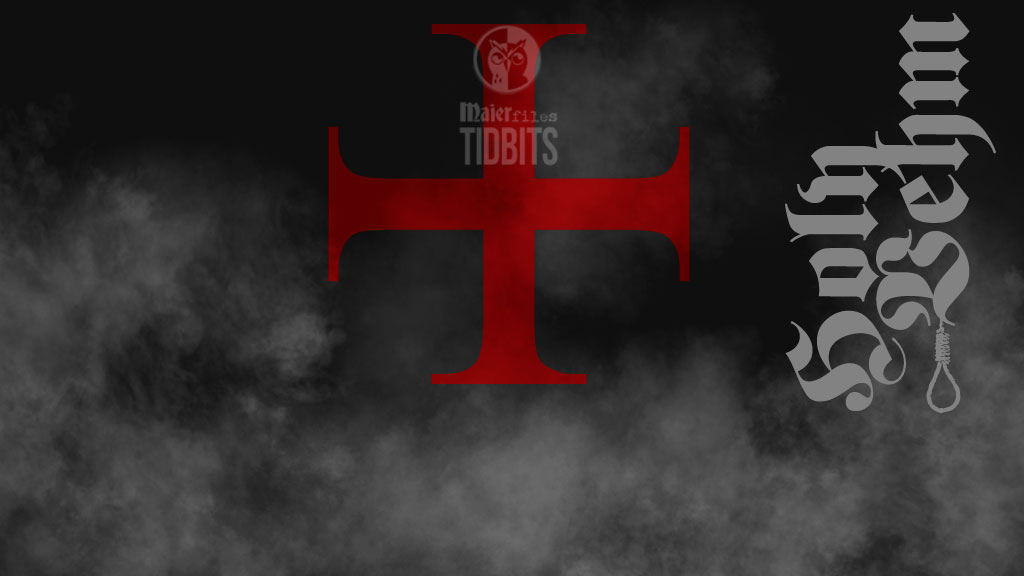 Chivalrous Order of the Heilige Fehme

In the midst of the thirteenth century, outlaw gangs and mercenaries roamed the lawless region between the Rhine and the Weser rivers in Westphalia, Germany. The free men and commoners created the Chivalrous Order of the Holy V(F)ehm. It was a secret vigilante society to guard themselves from those bandits and outlaws.

At first, the resistance group had the approval of both the church and the Holy Roman emperor, however as time went by the Holy Vehm grew to become a rule unto itself, passing judgment on those people whom they decided should receive a death sentence.

Because the society started out having only a handful of members and violent retaliation might be expected from any gang of outlaws who might learn the identities of those commoners who dared to oppose them, an oath of secrecy was enforced upon all of those with the bravery to enroll in the ranks of the Vehm. 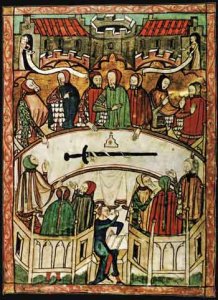 Throughout the initiation ceremonies, applicants vowed to kill themselves and even their spouses together with their children, rather than allow any society secrets to be betrayed. As soon as the oath had been made, one of the Vehm’s Stuhlherren or judges, would move his sword across the initiates’ throats, getting some drops of blood to serve as a silent reminder of the fate that awaited all traitors to the society.

The title “Vehm” or “Fehm” was a corruption of the Latin term “fama,” a legislation founded upon a common or agreed upon opinion. However, “Fehm” may also mean something that was set apart, and the masters or leaders of the Holy Vehm very quickly decided that their crusade against evildoers made set them apart and above the laws that governed other people. Within a couple of decades of its creation, the Vehm had more than 200,000 free men and commoners in its ranks—each man sworn to uphold the Ten Commandments and to wipe out all heresies, heretics, perjurers, traitors, and servants of Satan.

Trials in the full light of midday

The moment anybody was suspected of violating one or more of the Lord’s commandments or laws, he or she was delivered to one of the Holy Vehm’s courts and was unlikely to escape the death sentence to be hanged. Because of the terrific power that the Vehm acquired, it conducted trials of mentioned outlaws and criminals unopposed in public places, such as town squares or market places, in the full light of midday.

As its numbers and influence grew, the Vehm had little reason to fear anybody speaking out against them, but the harsh and punitive secret courts carried out by the society, the Heimliches Gericht, were usually organized at midnight in order to create an even more sinister and terrifying effect to their reading of the death sentence. Even less merciful to those suspected of witchcraft or heresy were the “forbidden court,” Verbotene Acht, and the Heimliches Acht, the “secret tribunal,” both of which were carried out by the Black Vehm, a splinter group of the Holy Vehm.

Once the outlaws, thieves, and other countless brigands had been largely driven from Westphalia, the Vehm switched its focus on those men and women suspected of heresies or of betraying the commandments of God in a variety of sins. Before suspects came to court, they were served with three summonses, every one of which gave them the possibility of attending voluntarily. Each summons additionally gave the accused a period of consent of six weeks and three days.

Because the tribunals of the Vehm had obtained a reputation of declaring only death sentences, few people attended the courts of their own volition. Those who tried to escape were condemned without the usual pretense of a trial and Vehm executioners were assigned to hunt them down.

Because the tribunals of the Vehm were ready to accept the weakest of circumstantial evidence against somebody accused of a crime or an act of heresy, there seems to be no document of any of the secret courts ever finding anybody innocent. Although no accurate records of their victims were ever kept, historians have estimated that several thousand men and women—the innocent together with the guilty—were dragged into the night to attend one of the Vehm’s secret courts.

A whole population of sleeping villagers might be awakened by the thudding of swords’ hilts on their doors and be summoned by torchlight to attend a midnight tribunal that accused one of their neighbors of some act of heresy—real or imagined. Regardless of the charges levied against those victims the Vehm accused, the sentence was always death. In case any spoke in defense of their friends, they were likely to be hanged as well, for providing false witness to defend a heretic or a traitor.

On those scarce occasions when the tribunal failed to convince even its own members of an accused individual’s guilt, that unfortunate person was hanged to preserve the secrecy of the tribunal. Eventually the Holy Vehm was condemned by the Church and the German state, but the secret society remained active in a greatly diminished capacity. Toward the end of the nineteenth century, it went underground and seemingly ceased all acts of violence … 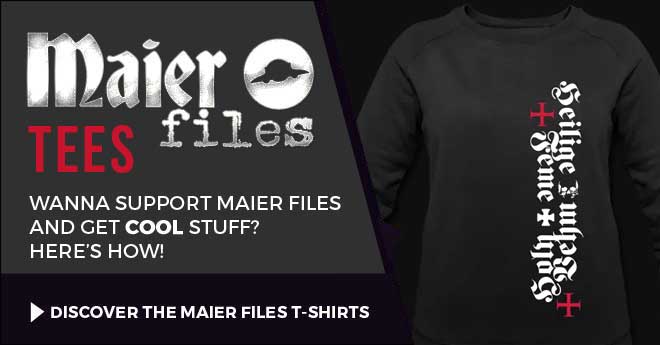