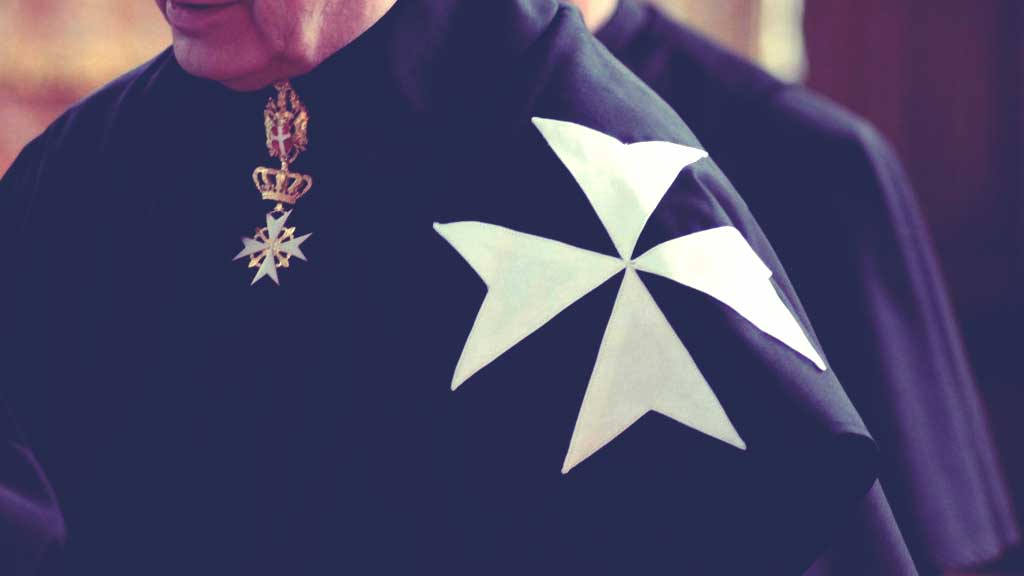 The Knight Templars & the Knights of Malta

The secret about the Templars would not be if it had not been made to be by circles and powers who had and have an understandable interest – from their point of view – to keep the truth in obscurity.  Originally known as the Knights Hospitaller, the Sovereign Military Hospitaller Order of Saint John of Jerusalem of Rhodes and of Malta was founded in the 11th century in Jerusalem, where it protected Christian pilgrims visiting the Holy Sepulchre. When the Holy Land was lost to the Saracens in 1291, the Hospitallers moved to Cyprus and then Rhodes.

Before 1307 the Knights Templar – together with the Knights of St. John of Jeruzalem and in part the Teutonic Knights (these two were originally charitable orders) – were leading organizations behind the crusades in the middle east. Although these orders were at the beginning hostile to each other, they fought together for Christianity.

Two very devout men stood at the foundation of the Order of the Knights Templar: Hugues of Payens and Geoffroy de St. Omer, a Frank and a Norman. They gathered a group of mates spirited by faith. In 1117 these men decided to form a group for the proper protection of pilgrims in Jerusalem.

It was their solely wish to serve the Lord Jesus Christ as well as the faith. The group of nine knights, remained rather alone, while they had no protection, nor sufficient funds. The group went to Baldwin I, king of Jerusalem, and to the patriarch. Their intention was admired and praised, and – after having lived in the “German House”, a hospital run by Germans – they were soon given residences on the ancient site of the Temple of Jeruzalem. And even though this gotten them the name of Knights Templar, they always saw themselves to be the Brothers of the true Temple of Christ.

a quite astonishing find

The history of the Templars could be completely different and most likely relatively insignificant had they not found in the ruins of the Temple a quite astonishing find. Those Knights did not at first know what to do with: These were remains of Hebrew documents and records, small bits and scraps actually, however whose contents would soon turn out to be of absolute importance to the Templars and the Order’s history from then on.

These bits of records were sent to Etienne Harding who got them translated. (Harding was Catholic saint, prior and then abbot of the Abbey of Cîteaux from 1099 to 1133, editor of the Charter of Cistercian charity.) And this evolved into the driving force for everyone that followed the order of the Templar. The find turned out to be fragments of reports to the Jewish priesthood, referring to the actions and “blasphemy”of the “cursed mamzer  Jesus” -the cursed son of a whore- (Mamzer (Hebrew: ממזר‎‎) is a person born from certain forbidden relationships, or the descendant of such a person) .

The content of these records conflicted completely with what was commonly preached. According to these records, Jesus called the Hebrew god “JAHVEH” SATAN and reproached the Jews for having made the devil himself into their only single god. Traces of this can still be found in the Gospel of John in the New Testament, where Jesus tells “ You belong to your father, the devil, and you want to carry out your father’s desires. He was a murderer from the beginning, not holding to the truth, for there is no truth in him. When he lies, he speaks his native language, for he is a liar and the father of lies.” (John 8:44).

The God that the Church taught as “Father of Christ” was, in Jesus’ own words, the devil whom to fight he had come to Earth! A study of the Bible soon revealed to the common sense of the Templars that the teachings of Jesus and the Old Testament were diametrically opposed and therefore could never belong together. Furthermore, the Jews never called their god “Father” but “JAHVEH” and “EL SHADDAI”. This is quite clearly a Gnostic idea.

The Gnostics taught that Jehovah/Yahweh was an “Evil God” more like a demon than anything else. But, a part of their teaching as well was that he did have something to do with the creation of the material world. So, he clearly wasn’t just a “demon” in the sense of an ethereal attacker of human beings who could be “cast out” by an exorcism. No, indeed, he was far more than that! He was a hyperdimensional being of great power and cunning!

In 1307 the Templars were persecuted by the Vatican at the instigation of Philippe IV, The Fair. They were accused of Satanic and heretic practices, and of course King Philippe had always envied them their power and privileges. So the Knights Templar flew France to seek refuge in safer lands like Switzerland, England and Scotland.

Another group of Templars was re-established in Portugal. There they changed their name to “Knights of Christ” and later, were rehabilitated by Pope Clement V. They again gained substantial power. And again another group merged into the Knights Hospitaller, and much of the property of the banned Knights Templar have accrued to the Hospitallers.

In 1523 the Turkish siege of Cyprus put the Knights Hospitaller on the move again, and they found refuge in Malta, given to them by the Holy Roman Emperor Charles V, where they became known as the Knights of Malta or the Sovereign Military Order of Malta. Napoleon’s invasion of Malta in 1798 forced the Sovereign Military Order into a diaspora, and today it exists as scattered branches throughout the world.

There is a headquarters in Rome. In line with its founding principle, the Order continues its charitable work of defending the sick and the poor. But is that all it does? For a charity, the Sovereign Military Order wields unusual power. It has Permanent Observer Status at the UN General Assembly and diplomatic relations with 40 countries. The authors of Holy Blood, Holy Grail spotlight the Catholic anti-Communist Knights of Malta as “one of the primary channels of communication between the Vatican and the CIA”.

Evidence of the connection comes primarily from the alleged membership in the Order of CIA chiefs William “Wild Bill” Donovan, Allen Dulles, John McCone and William Casey. James Angleton was awarded the Croci Al Merito Seconda Classe from the Knights, while George H. W. Bush was reputed to be an honorary initiate. Equally, the Order is closely connected to the Vatican; one of its leading members in the 20th century was the American Cardinal Francis Spellman.

Among those awarded the Order’s Grand Cross of Merit has been Reinhard Gehlen, the former German chief of intelligence on the Soviet front. Gehlen was subsequently installed by the CIA as the first chief of West Germany’s equivalent of the CIA, the Bundesnachrichtendienst, BND. According to conspiracy reporter Francoise Hervet, Count Umberto Ortolani, the Order’s Ambassador to Uruguay, was the “brains behind” the P2 Masonic Lodge.