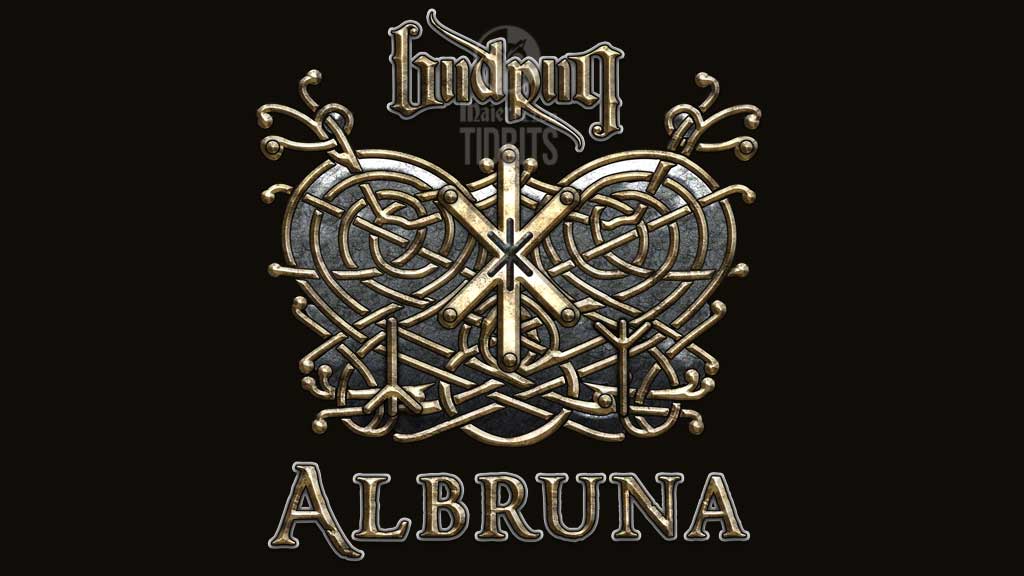 The highest group of the Maidenschaft

In ancient times the Maidenschaft (Society of maidens) was organized in 4 groups, which are the Hexas (the lowest group), the Drudas, the Walas and finally the Albrunas. The Hexas group had as their duty the care and preservation of the eternal flame. These Hexas were also initiated into herbology and arts of animal-healing.

The DRUDAS, however, provided service as “Wise Women.” They were counselors (in all affairs having to do with love and marriage) and midwives. Additionally, they provided service as healers of human beings. To this belonged not only knowledge of surgery, but also knowledge of herbs with the power to heal the human body. Therefore they had to have a considerable amount of knowledge about herbs at their disposal.

Those belonging to the third group, the WALAS, not only had to possess the knowledge of the previous two groups, but were also in charge of the Maidenschaft which was self-contained and lived separate from all other tribes. Additionally, they had the assignment of being counselors in all sorts of matters having to do with the well-being or suffering of the whole tribe.

For this reason they had to have at their disposal meaningful historical data about the tribe and its individual clans, and had to know their characteristics by reason of this knowledge precisely. From this they drew logical conclusions as to how the tribe was to act in certain important events.

Therefore from a knowledge of the history of the characteristics of the clans and a knowledge of the past of the tribe the concept of prophecy “Hel-sehen” (hell=bright light) as well as necromancy “Hel-sehen” (Hel is the underworld) was developed. It is therefore erroneous to believe that a kind of “sorcery” was connected to these concepts. Pure concrete knowledge of the past as well as a clear perception of the present situation led to the correct conclusion as to how it was necessary for the clan or tribe to act. Because women are born with a clear vision relating to what is important in life, the Walas very often saved heatedly agitated men from disadvantageous actions by means of emergency decisions.

The Albrunas as the highest group of the Maidenschaft, were, similar to the Walas, counselors—however, they operated as such for the entire folk. The position of Albruna was obviously truly desired. Therefore solely those women who possessed especially remarkable spiritual qualities were appointed for this from within the ranks of the Maidenschaft. In the clan she was the guard and also director of the honor of men as well as women.

In the tribe she was the representative of high idealistic flights of thought and the kindler of enthusiasm for great endeavors in the interest of the tribe and her folk. In prehistoric times absolutely no trace of principles or ideas comparable to ‘original sin’, or even doubts about whether or not women too possessed souls, was ever present in Teutonic tribes and peoples. Closely connected to the cosmos, to the All and reflecting the rhythmic laws of these in her soul, the woman was the bearer of the whole of tradition in our prehistoric past. It was with this understanding that the guidance and schooling of the female youth was developed.

Fundamental to this was knowledge regarding the meaning of all the runic symbols, symbols which had their source in the interconnections between cosmic and earthly life and which for that reason formed a guide in these “schools”. Only after writing and reckoning with Runes was banned, was the folk robbed of its historical cultural character and made helpless and poor in spirit. Out of these schools for maidens the female cloister-life in Christianity was subsequently developed.

In most cases, this was naturally developed in locations where the heathens had previously had their places of education. Monasteries too followed from the old schools of healers and were further developed in locations where they had had been established. So in a certain sense Christianity renewed the ideas of these old schools, but changed them to serve the aims of their objectives. Certainly women had to fight for the recognition of their very souls right up into the Middle Ages. But that’s another topic.