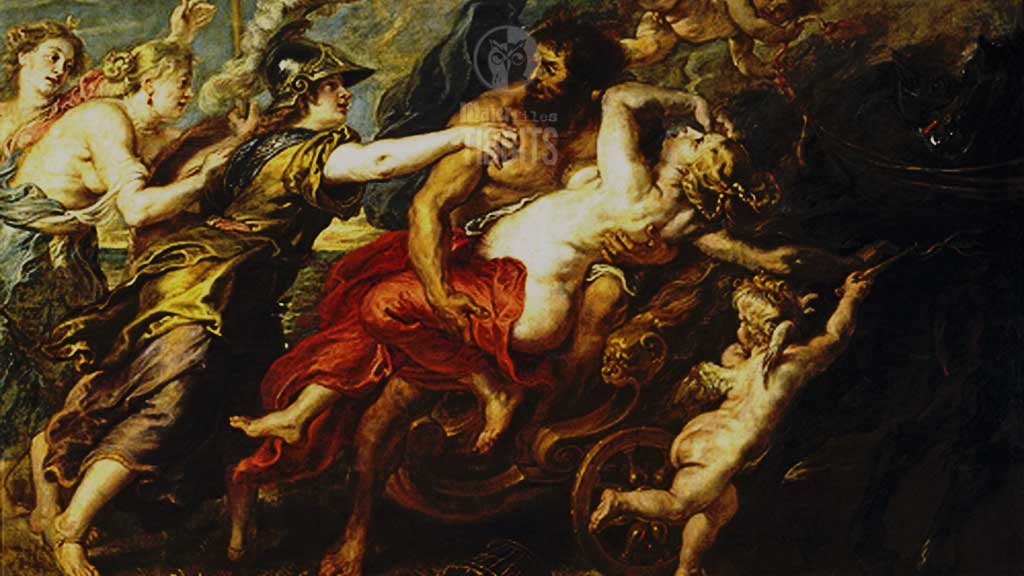 Harvest traditions have roots in Eleusis. The foundation of the Mysteries of Eleusis was the story of Demeter and Persephone. In this tale, Hades fell in love with Persephone and kidnapped her from the fields where she played, taking her back to his kingdom in the underworld. When Demeter discovered her child missing, she searched everywhere on Earth for her.

When at last she received word that Hades was keeping her child, Demeter refused to let anything on Earth grow. Zeus, realizing that all his people would starve and die, was going to relent and insist Hades release Persephone. Unfortunately, Persephone consumed six seeds from a pomegranate during her stay in the underworld.

Because she had partaken the food of the dead, she became part of that kingdom. And according the laws of nature could not ascend to the world of the living. Demeter held firm, refusing to let anything else grow, and so Zeus, with the help of his messenger Hermes, negotiated a partial release so that Persephone could come to the land every spring and return at autumn. 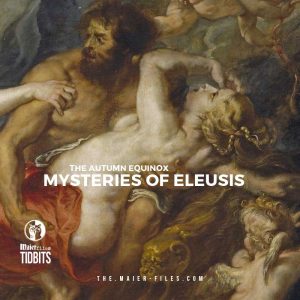 Again there’s more than meets the eye at first sight. The writer Sallustius tells us that this myth, and that the rape alludes to descent of souls. It is an allegory for the descent of the soul into incarnation and this is the reason for the celebration of the Mysteries at the equinoxes. The lesser Mysteries (the Dionysia) in spring and the Greater Mysteries in the autumn.

This descent of souls into the realms of generations said, by Plato in his ‘Republic’ (book 10) to take place at midnight, indicating by this the union of the soul with the darkness of a corporeal nature. Furthermore Plato tells us the name ‘Persephone’ comes from Sophe and means ‘wise’. Thus it derives from the same root as ‘Sophia’. Persephone, who was known as Kore, meaning ‘Daughter’ or ‘girl’, represents the fallen soul. Demeter means mother, she’s the celestial queen who represents the pure spirit.

The pomegranate seeds represent the seeds of future lives which we create in this life, which bring us back into human incarnation to continue the journey of awakening. They represent what the ancients called our ‘fate’. The motif of returning to the underworld for ‘a third of the year’ is an allusion to a third of our identity – the body, which is in the underworld (What we call alive). Allegories within allegories. You see what sophisticated mythographers our forebears were!