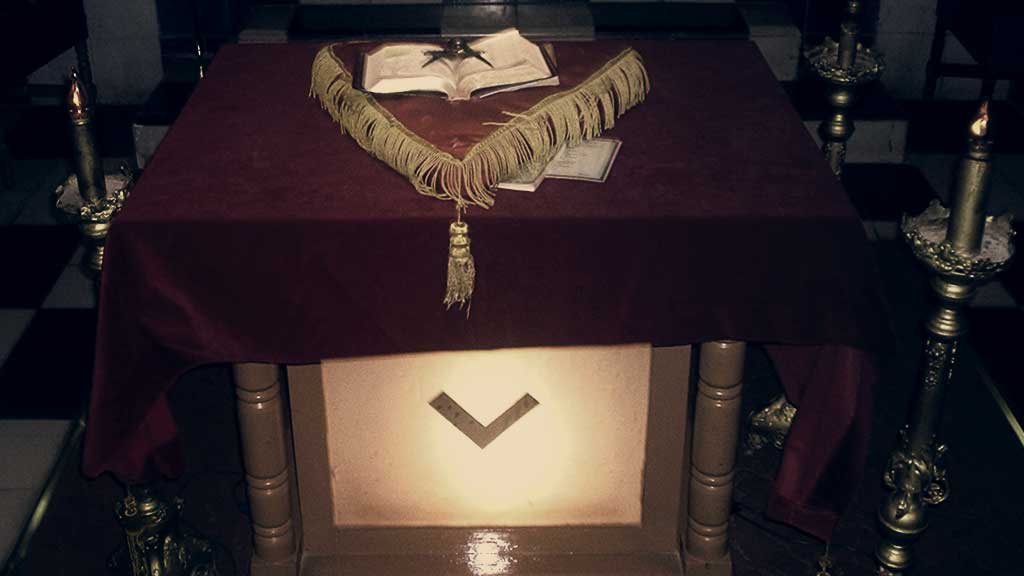 Of all kinds, the Altar is one of the most common pieces of lodge furniture in secret societies, usually placed at the center of the lodge room, draped with an altar cloth, and provided with one or more symbolic objects. The existence of altars in lodge rooms is one of the facts most often pointed out by Christian critics of secret societies to claim that the latter practice a non-Christian religion. In some cases this claim is justified, in most it is not; in all cases, though, the symbolism and function of a lodge altar set it apart from altars in Christian churches and Pagan temples alike. A lodge altar forms the symbolic focus of the lodge. The most important events in initiation rituals and other lodge ceremonies take place at it; core symbols of the lodge rest on it; new initiates go on symbolic journeys around it. In nearly all lodges, the line connecting the seat of the presiding officer with the altar is not to be crossed except when the ritual specifically directs it.