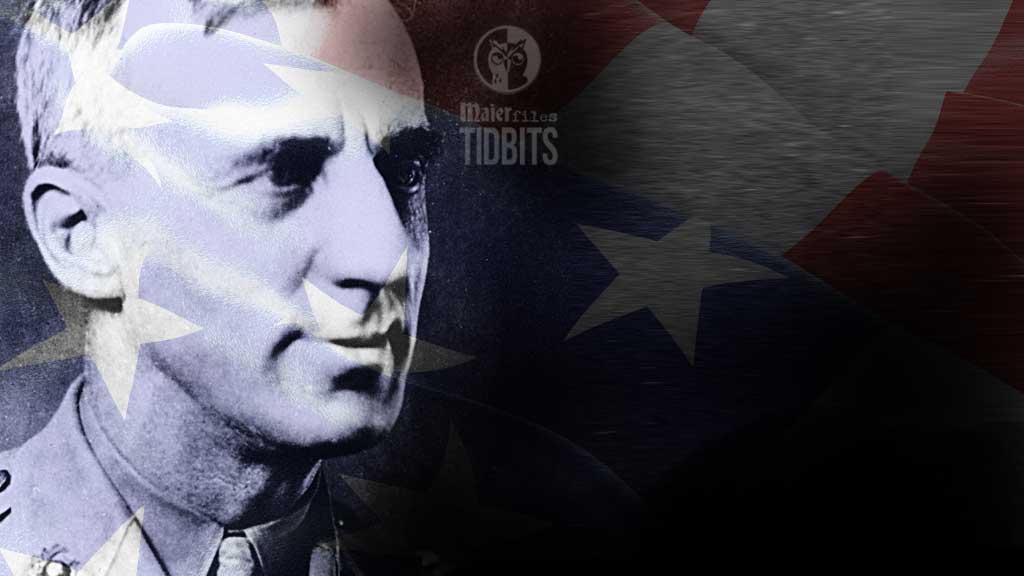 A racket is best described, I believe, as something that is not what it seems to the majority of the people. Only a small “inside” group knows what it is about. It is conducted for the benefit of the very few, at the expense of the very many. Out of war a few people make huge fortunes.

In the World War I a mere handful garnered the profits of the conflict. At least 21,000 new millionaires and billionaires were made in the United States during the World War. That many admitted their huge blood gains in their income tax returns. How many other war millionaires falsified their tax returns no one knows.

Out of war nations acquire additional territory, if they are victorious. They just take it. This newly acquired territory promptly is exploited by the few — the selfsame few who wrung dollars out of blood in the war. The general public shoulders the bill.
And what is this bill?

For a great many years, as a soldier, I had a suspicion that war was a racket; not until I retired to civil life did I fully realize it. Now that I see the international war clouds gathering, as they are today, I must face it and speak out.

Again they are choosing sides. France and Russia met and agreed to stand side by side. Italy and Austria hurried to make a similar agreement. Poland and Germany cast sheep’s eyes at each other, forgetting for the nonce [one unique occasion], their dispute over the Polish Corridor.

The assassination of King Alexander of Jugoslavia (Yugoslavia) complicated matters. Jugoslavia and Hungary, long bitter enemies, were almost at each other’s throats. Italy was ready to jump in. But France was waiting. So was Czechoslovakia. All of them are looking ahead to war. Not the people — not those who fight and pay and die — only those who foment wars and remain safely at home to profit.

There are 40,000,000 men under arms in the world today, and our statesmen and diplomats have the temerity to say that war is not in the making.

Not in Italy, to be sure. Premier Mussolini knows what they are being trained for. He, at least, is frank enough to speak out. Only the other day, Il Duce in “International Conciliation,” the publication of the Carnegie Endowment for International Peace, said:

“And above all, Fascism, the more it considers and observes the future and the development of humanity quite apart from political considerations of the moment, believes neither in the possibility nor the utility of perpetual peace. . . . War alone brings up to its highest tension all human energy and puts the stamp of nobility upon the people who have the courage to meet it.”

Undoubtedly Mussolini means exactly what he says. His well-trained army, his great fleet of planes, and even his navy are ready for war — anxious for it, apparently. His recent stand at the side of Hungary in the latter’s dispute with Jugoslavia showed that. And the hurried mobilization of his troops on the Austrian border after the assassination of Dollfuss showed it too. There are others in Europe too whose sabre rattling presages war, sooner or later.

Herr Hitler, with his rearming Germany and his constant demands for more and more arms, is an equal if not greater menace to peace. France only recently increased the term of military service for its youth from a year to eighteen months.
Yes, all over, nations are camping in their arms.

The mad dogs of Europe are on the loose. In the Orient the maneuvering is more adroit. Back in 1904, when Russia and Japan fought, we kicked out our old friends the Russians and backed Japan. Then our very generous international bankers were financing Japan. Now the trend is to poison us against the Japanese. What does the “open door” policy to China mean to us? Our trade with China is about $90,000,000 a year. Or the Philippine Islands? We have spent about $600,000,000 in the Philippines in thirty-five years and we (our bankers and industrialists and speculators) have private investments there of less than $200,000,000.

Then, to save that China trade of about $90,000,000, or to protect these private investments of less than $200,000,000 in the Philippines, we would be all stirred up to hate Japan and go to war — a war that might well cost us tens of billions of dollars, hundreds of thousands of lives of Americans, and many more hundreds of thousands of physically maimed and mentally unbalanced men.

Of course, for this loss, there would be a compensating profit — fortunes would be made. Millions and billions of dollars would be piled up. By a few. Munitions makers. Bankers. Ship builders. Manufacturers. Meat packers. Speculators. They would fare well.

Take our own case. Until 1898 we didn’t own a bit of territory outside the mainland of North America. At that time our national debt was a little more than $1,000,000,000. Then we became “internationally minded.” We forgot, or shunted aside, the advice of the Father of our country. We forgot George Washington’s warning about “entangling alliances.”

We went to war. We acquired outside territory. At the end of the World War period, as a direct result of our fiddling in international affairs, our national debt had jumped to over $25,000,000,000. Our total favorable trade balance during the twenty-five-year period was about $24,000,000,000. Therefore, on a purely bookkeeping basis, we ran a little behind year
for year, and that foreign trade might well have been ours without the wars.

It would have been far cheaper (not to say safer) for the average American who pays the bills to stay out of foreign entanglements. For a very few this racket, like bootlegging and other underworld rackets, brings fancy profits, but the cost of operations is always transferred to the people — who do not profit.