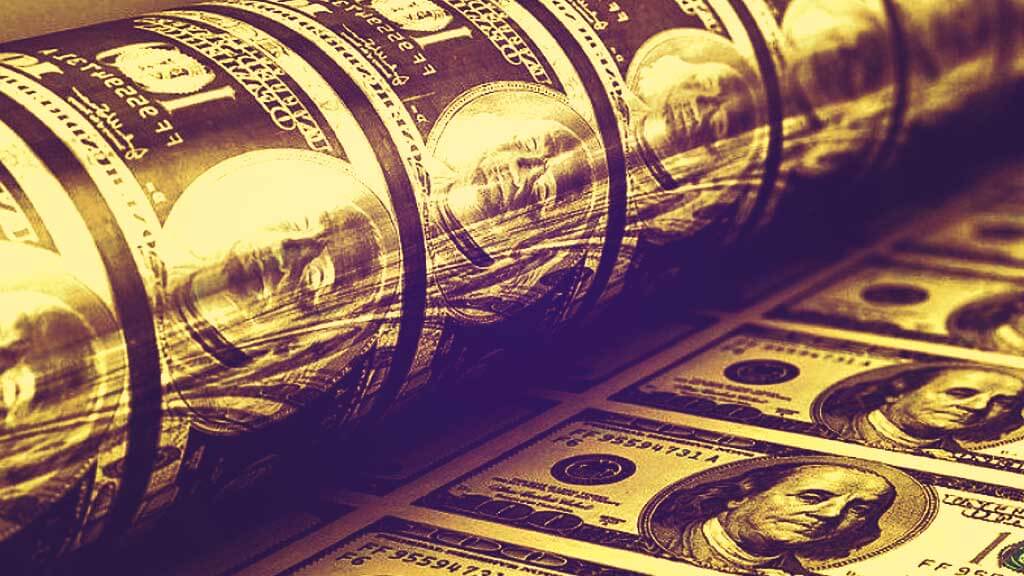 Modern alchemists have learned how to transmute debt into their wealth

The destruction of the worldwide economic order in the wake of World War II encouraged world leaders in 1944 to form a meeting to generate alternatives. This conference, referred to as Bretton Woods, resulted in the development of a new global ﬁxed exchange rate regime with the U.S. dollar playing a central role.

Under the Bretton Woods system, an ounce of gold could be bought at a ﬁxed international rate of $35 per ounce (+/- 28 Gram). Because this fixed rate was controlled, the U.S. dollar was regarded as “as good as gold.”

This new international “dollars for gold” system formed under Bretton Woods restored global economic stability to war-weary economies. Consequently, foreign nations pegged their currencies to the dollar with the ability to convert their dollar holdings to gold at any time. Which created a high demand for dollars.

In the late 1960s, the Bretton Woods system broke down as foreign nations cashed in their dollars for gold. This was largely because of worldwide concern over Washington’s dependence upon debt spending to finance its warfare andsocial security payments policies.

On August 15, 1971, President Richard Nixon closed the international gold window, which stopped the Bretton Woods system and the dollar’s convertibility to gold. It was on this day that virtually every global currency became fiat, with no commodity backing.

President Richard M. Nixon and his secretary of State Henry Kissinger, understood that their destruction of the international gold standard under the Bretton Woods arrangement would cause a decrease in the artiﬁcial worldwide demand of the U.S. dollar.

Keeping this artiﬁcial dollar demand was vital if the United States were to continue expanding its welfare and warfare spending. In a series of conferences, the United States — represented by then U.S. Secretary of State Henry Kissinger — and the Saudi royal family made a unique agreement.

They were more than happy to accept American military protection of their oil ﬁelds along with assurances of intervention between themselves and neighboring Israel. Naturally, the Saudis wondered how much was all of this U.S. military muscle was going to cost . . .

The Americans laid out their terms. They were simple, and two-fold.

In 1974, and the petrodollar system was fully operational in Saudi Arabia. And as the United States had perhaps cleverly calculated, it did not take long before other oil-producing nations wanted in. By 1975, all of the oil-producing nations of OPEC had agreed to price their oil in dollars and to hold their surplus oil proceeds in U.S. government debt securities.

Nixon and Kissinger had succeeded in bridging the gap between the failed Bretton Woods system and the new petrodollar system. Without the constraints imposed by a rigid gold standard, and with global oil transactions on the rise, the U.S. monetary base could be grown at exponential rates!

The European Union, the great deception

The alchemists of ancient times vainly sought the philosophers’ stone which they believed would turn lead into gold. Is it possible that such a stone actually has been found? Can it be that the money ‘alchemists’ with of our own time have learned how to transmute war into debt, and debt into war, and both into gold and wealth for themselves?

This is called the Rothschild Formula. And it is a scam in which the world’s money cabal deliberately encourages war as a means of stimulating the profitable production of armaments and of keeping nations perpetually in debt. Moreover nowadays it’s not only war alone but at the same time the debt based fiat money itself that is keeping everybody and everything in debt. Stimulating consumption instead of production.

An overview of all wars and conflicts since the establishment of the Bank of England in 1694 suggests that most of them would have been greatly reduced in severity, or perhaps not even fought at all, without fiat money. It is the ability of governments to acquire money without direct visible taxation that makes modern warfare possible, and a central bank has become the preferred method of accomplishing that.

All the perplexities, confusion, and distress in America arise, not from defects in their Constitution or C 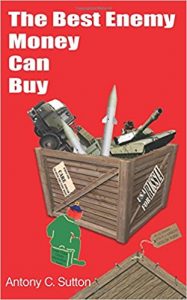 0nfederation, not from want of honor or virtue, so much as from the downright ignorance of the nature of coin, credit, and circulation. — John Adams  Quote (served as the second President of the United States (1797–1801))

Jerry Robinson stated in his book “Bankruptcy of our Nation“:
Is America really “the land of the free” today? I would suggest to you that we are certainly not, financially speaking. As tragic as it may sound, if we use the biblical deﬁnition of borrowers being slaves, then America is no longer “the land of the free.” Instead, by deﬁnition, America has become the greatest “slave” nation in all of recorded world history.