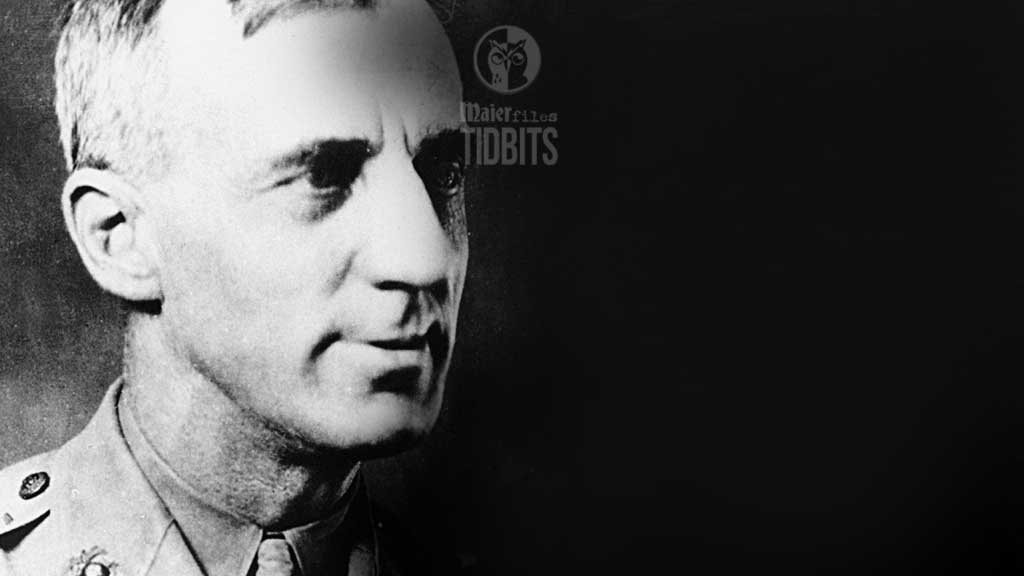 The World War, rather our brief participation in it, has cost the United States some $52,000,000,000. Figure it out. That means $400 to every American man, woman, and child. And we haven’t paid the debt yet. We are paying it, our children will pay it, and our children’s children probably still will be paying the cost of that war.

The normal profits of a business concern in the United States are six, eight, ten, and sometimes twelve percent. But war-time profits — ah! that is another matter — twenty, sixty, one hundred, three hundred, and even eighteen hundred per cent — the sky is the limit. All that traffic will bear. Uncle Sam has the money. Let’s get it.

Of course, it isn’t put that crudely in war time. It is dressed into speeches about patriotism, love of country, and “we must all put our shoulders to the wheel,” but the profits jump and leap and skyrocket — and are safely pocketed. Let’s just take a few examples:
Take our friends the du Ponts, the powder people — didn’t one of them testify before a Senate committee recently that their powder won the war? Or saved the world for democracy? Or something? How did they do in the war? They were a patriotic corporation. Well, the average earnings of the du Ponts for the period 1910 to 1914 were $6,000,000 a year. It wasn’t much, but the du Ponts managed to get along on it. Now let’s look at their average yearly profit during the war years, 1914 to 1918. Fifty-eight million dollars a year profit we find! Nearly ten times that of normal times, and the profits of normal times were pretty good. An increase in profits of more than 950 per cent.

Take one of our little steel companies that patriotically shunted aside the making of rails and girders and bridges to manufacture war materials. Well, their 1910-1914 yearly earnings averaged $6,000,000. Then came the war. And, like loyal citizens, Bethlehem Steel promptly turned to munitions making. Did their profits jump — or did they let Uncle Sam in for a bargain? Well, their 1914-1918 average was $49,000,000 a year!

Or, let’s take United States Steel. The normal earnings during the five-year period prior to the war were $105,000,000 a year. Not bad. Then along came the war and up went the profits. The average yearly profit for the period 1914-1918 was $240,000,000. Not bad.
There you have some of the steel and powder earnings. Let’s look at something else. A little copper, perhaps. That always does well in war times.

But they aren’t the only ones. There are still others. Let’s take leather.

Listen to Senate Document No. 259. The Sixty-Fifth Congress, reporting on corporate earnings and government revenues. Considering the profits of 122 meat packers, 153 cotton manufacturers, 299 garment makers, 49 steel plants, and 340 coal producers during the war. Profits under 25 per cent were exceptional. For instance the coal companies made between 100 per cent and 7,856 per cent on their capital stock during the war. The Chicago packers doubled and tripled their earnings.

Who financed the great war

And let us not forget the bankers who financed the great war. If anyone had the cream of the profits it was the bankers. Being partnerships rather than incorporated organizations, they do not have to report to stockholders. And their profits were as secret as they were immense. How the bankers made their millions and their billions I do not know, because those little secrets never become public — even before a Senate investigatory body.

But here’s how some of the other patriotic industrialists and speculators chiseled their way into war profits.

Take the shoe people. They like war. It brings business with abnormal profits. They made huge profits on sales abroad to our allies. Perhaps, like the munitions manufacturers and armament makers, they also sold to the enemy. For a dollar is a dollar whether it comes from Germany or from France. But they did well by Uncle Sam too. For instance, they sold Uncle Sam 35,000,000 pairs of hobnailed service shoes. There were 4,000,000 soldiers. Eight pairs, and more, to a soldier. My regiment during the war had only one pair to a soldier. Some of these shoes probably are still in existence. They were good shoes. But when the war was over Uncle Sam has a matter of 25,000,000 pairs left over. Bought — and paid for. Profits recorded and pocketed.

Also somebody had a lot of mosquito netting. They sold your Uncle Sam 20,000,000 mosquito nets for the use of the soldiers overseas. I suppose the boys were expected to put it over them as they tried to sleep in muddy trenches — one hand scratching cooties on their backs and the other making passes at scurrying rats. Well, not one of these mosquito nets ever got to France!

Airplane and engine manufacturers felt they, too, should get their just profits out of this war. Why not? Everybody else was getting theirs. So $1,000,000,000 — count them if you live long enough — was spent by Uncle Sam in building airplane engines that never left the ground! Not one plane, or motor, out of the billion dollars worth ordered, ever got into a battle in France. Just the same the manufacturers made their little profit of 30, 100, or perhaps 300 per cent.

Why, when the war was over some 4,000,000 sets of equipment — knapsacks and the things that go to fill them — crammed warehouses on this side. Now they are being scrapped because the regulations have changed the contents. But the manufacturers collected their wartime profits on them — and they will do it all over again the next time.  There were lots of brilliant ideas for profit making during the war. One very versatile patriot sold Uncle Sam twelve dozen 48-inch wrenches. Oh, they were very nice wrenches.

The only trouble was that there was only one nut ever made that was large enough for these wrenches. That is the one that holds the turbines at Niagara Falls. Well, after Uncle Sam had bought them and the manufacturer had pocketed the profit, the wrenches were put on freight cars and shunted all around the United States in an effort to find a use for them. When the Armistice was signed it was indeed a sad blow to the wrench manufacturer. He was just about to make some nuts to fit the wrenches. Then he planned to sell these, too, to your Uncle Sam.

Still another had the brilliant idea that colonels shouldn’t ride in automobiles, nor should they even ride on horseback. One has probably seen a picture of Andy Jackson riding in a buckboard. Well, some 6,000 buckboards were sold to Uncle Sam for the use of colonels! Not one of them was used. But the buckboard manufacturer got his war profit.

The shipbuilders felt they should come in on some of it, too. They built a lot of ships that made a lot of profit. More than $3,000,000,000 worth. Some of the ships were all right. But $635,000,000 worth of them were made of wood and wouldn’t float! The seams opened up — and they sank. We paid for them, though. And somebody pocketed the profits.

It has been estimated by statisticians and economists and researchers that the war cost your Uncle Sam $52,000,000,000. Of this sum, $39,000,000,000 was expended in the actual war itself. This expenditure yielded $16,000,000,000 in profits. That is how the 21,000 billionaires and millionaires got that way. This $16,000,000,000 profits is not to be sneezed at. It is quite a tidy sum. And it went to a very few.  The Senate (Nye) committee probe of the munitions industry and its wartime profits, despite its sensational disclosures, hardly has scratched the surface.

Even so, it has had some effect. The State Department has been studying “for some time” methods of keeping out of war. The War Department suddenly decides it has a wonderful plan to spring. The Administration names a committee — with the War and Navy Departments ably represented under the chairmanship of a Wall Street speculator — to limit profits in war time. To what extent isn’t suggested. Hmmm. Possibly the profits of 300 and 600 and 1,600 per cent of those who turned blood into gold in the World War would be limited to some smaller figure.

Apparently, however, the plan does not call for any limitation of losses — that is, the losses of those who fight the war. As far as I have been able to ascertain there is nothing in the scheme to limit a soldier to the loss of but one eye, or one arm, or to limit his wounds to one or two or three. Or to limit the loss of life. There is nothing in this scheme, apparently, that says not more than 12 per cent of a regiment shall be wounded in battle, or that not more than 7 per cent in a division shall be killed.

Of course, the committee cannot be bothered with such trifling matters.