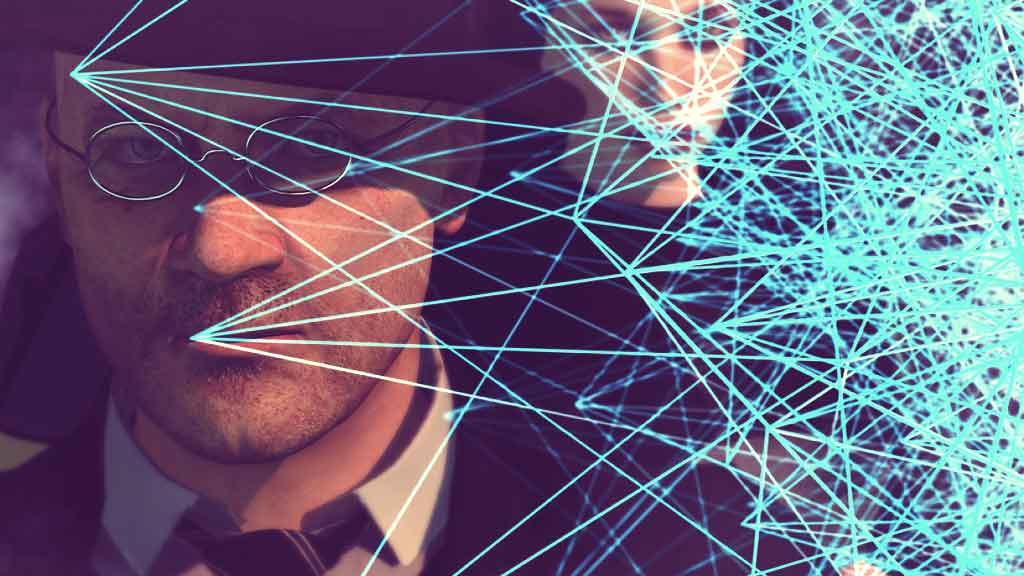 What connections do you see?

A hidden connection is stronger than one we can see.

The Greek philosopher Heraclitus had said: “A hidden connection is stronger than one we can see.” Otto Maier was always fascinated with Time.
Things occupy space—but how many of them there are (or could be) belonging to time? If you take off the face of a clock you won’t find time there, only human fabrication.

Those numbers, circling round, make time almost credible—as if they aroused a sixth sense attuned to its presence, since it slips by the usual five (although aromas or tunes or sensations often do call up time past like a real time-machine). But can we get behind numbers to find what it is they measure? Can we come to grips with the numbers themselves to know what they are and where they came from? Did humans discover or invent them—or do they somehow lie like original Runes in a profound abyss between the world and the mind?

We can count significantly better than rats and pigeons because we not only recognize different magnitudes but know how to match up separate things with the successive numbers of a sequence: a little step, it seems, but one which will take us beyond the moon. The first few counting numbers have puzzlingly many names from language to language. Twee, Two, Zwei, Zwo, Dva, Deux, хоёр, δύο, etc. Not only do the names of numbers vary, but, more surprisingly, how we picture them to ourselves. What pattern do those numbers resemble?

A revelation and a mystery

Let’s take a closer look. With nothing more than the number one and the notion of adding, we are on the brink of a revelation and a mystery. Imagine just ONE and the notion of Adding. Rubbing these two sticks together will strike the spark of a truth no doubting can ever extinguish. It will put our finite minds in actual touch with the infinite. Ask yourself how many numbers there are. Do they come to a halt somewhere out there, at the end of time and space? Say they do; then there is a last number of all—call it n for short. But isn’t n + 1 a number too, and even larger? So n can’t have been the last—there can’t be a last number.

The same technique of merely going on adding 1 to itself shows you, on the one hand, how each of the counting numbers is built—hence where and what each one is; on the other, it tells you a dazzling truth about their totality that overrides the variety among them. We slip from the immensely concrete to the mind-bogglingly abstract with the slightest shift in point of view.

Our primary mathematical experience, individually as well as collectively, is counting—in which zero plays no part, since counting always starts with one. But is zero a number at all? This question is for another post. But look closer to the numbers, as the Greeks once did, to see the beginnings of startling patterns among them.

Suppose you happened to picture “six” this way:

A nice and pleasing triangular shape. This might have led you to wonder what other natural numbers were triangular too. Add one more row of dots and so 10 is triangular. Or take a row away …

Idly messing about—the way so many insights burst conventional bounds— you might ask what other shapes numbers could come in: squares, for example. 4 is a square number and the next would be 9 then 16 and so on …

But isn’t all this messing about indeed useless? What light does it shed on the nature of things, what use could it possibly be?

Sir Francis Bacon once pointed out that light precedes use. Think yourself into the mind of that nameless mathematician who long ago made triangular and square patterns of dots in the sand and felt the stirrings of an artist’s certainty that there must be a connection between them. If there was, it was probably well hidden. Poking his holes again in the sand, looking at them from one angle and another, he suddenly saw this:

Each of these square numbers was the sum of two triangular ones! Then the leap from seeing with the outer to the inner eye, which is the leap of mathematics to the infinite: this must always be so. Our insight sharpens: the second square number is the sum of the first two triangular numbers; the third square of the second and third triangulars, and so on. By itself this is a dazzling sliver of the universal light, and its discovery of how mathematics happens: a faith in pattern, a taste for experiment and a readiness to see in a twisted way. How many directions now this insight may carry you off in: toward other polygonal shapes such as pentagons and hexagons, toward solid structures of pyramids and cubes, or to new ways of dividing up these bunches.

What connections did Otto Maier see?

One can ask what connections did Otto Maier see?
What did he really discover others ignored? What’s hidden in his files? Are the Maier files work of a madman, as been said too about Rolf Dietrich, who was suffering a so called psychotic and delusional disorder?

Wasn’t it around 1847 in Vienna when a doctor, called Ignaz Semmelweis, discovered that the mortality rate for women giving birth into an hospital and where the deliveries were being conducted by doctors, was just insane high? It’d cycle between 10%  and 35%. That means between 1 and 3 of every 10 women died. Now, Semmelweis had the preposterous notion that if doctors were only to wash their hands that they might save some lives like they did in an other hospital where he could demonstrate a mortality rate below 1%. Now, quite rightly, the medical community from that era would have none of this and they hounded him to the point where he actually went into an asylum where he shortly afterwards died.

If Semmelweis had been correct, that would also mean that idiots, like Louis Pasteur, who come along with these crazy notions of germs causing disease, these tiny, little, microscopic things you can’t even see with your eye come along and can kill full-grown human beings. That’s insanity! Louis Pasteur too was quite rightly, vilified, criticized and ignored by the medical community because some notions are so preposterous that they have no place in a scientific community.

A clown named Galileo Galilei came even up with ideas so foolish and absurd in philosophy, totally ridiculous. This madman claims the earth and planets turns around the sun. He met with opposition from astronomers, who doubted heliocentrism because of the absence of an observed stellar parallax.

Another lunatic to the community was Giordano Bruno. So the agents for deeper, murkier powers, powers whose long-term plans and goals were very directly threatened by the man and his ideas burned him alive on ash wednesday in the year 1600.

Delve deeper with this excellent read: