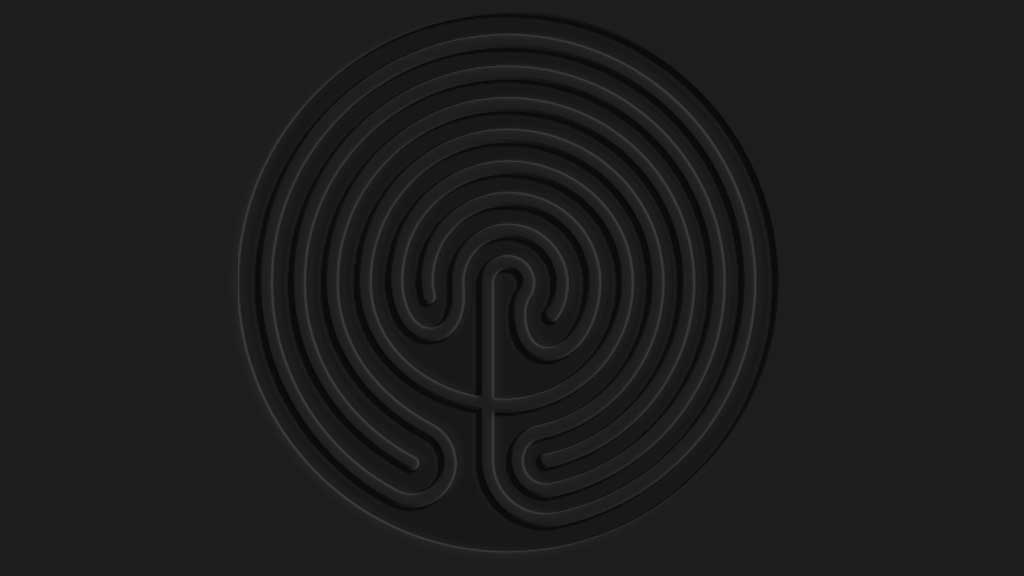 What were these labyrinths for?

Mysteries about the labyrinth

Since the dawn of civilization, labyrinths have fascinated humankind.
Knossos in Crete, has a distinctive circular maze design with seven rings. Exactly the same design appears mysteriously at different periods in history on stones and artifacts as far apart as India, Norway, Germany, Ireland, England, Arizona, … In English, the term labyrinth is generally synonymous with maze.

As a result of the long history of unicursal representation of the mythological Labyrinth, however, many contemporary scholars and enthusiasts observe a distinction between the two. In this specialized usage maze refers to a complex branching multicursal puzzle with choices of path and direction, while a unicursal labyrinth has only a single path to the center. A labyrinth in this sense has an unambiguous route to the center and back and presents no navigational challenge.

Mysteries about the labyrinth …

There are several theories. Since labyrinth carvings are often found near sacred burial sites, they seem to have been strongly associated with death in the mind of ancient man. They were possibly a type of magic device to ward off evil, or a symbol of the passage through life, or through the underworld after death. But a labyrinth is also an anc 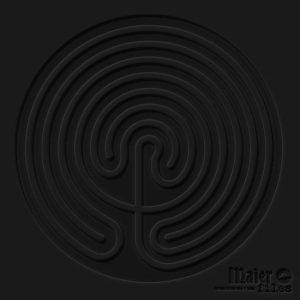 ient symbol that relates to wholeness. It combines the imagery of the circle and the spiral into a meandering but purposeful path.

The Labyrinth represents a journey to your own center appearing you’re farther away from the center but in reality you’re getting closer and vice versa. Thus at its most basic level the labyrinth is a metaphor for the journey to the center of your deepest self and back out into the world with a broadened understanding of who you are. It may be that the labyrinth still has a significance for our subconscious minds, while its secrets recede even further into our ancient past.

The “Portrait of an Unknown Man” below was painted around 1510 by Bartolommeo de Veneto. The labyrinth on his chest is also a symbol of secrecy (as the Rose). This theme is reinforced by the “Solomon’s knots” on the rest of his garments, a design that combines the mystical symbols of swastika, cross, and labyrinth. 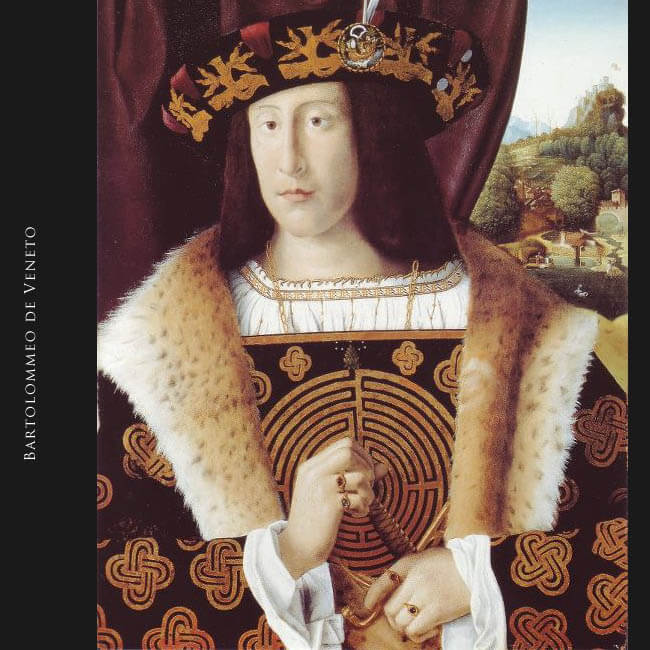 Ornamental hedge mazes are a relatively recent introduction, becoming common only about 400 years ago. Those that survive in public gardens are still popular today, especially with children. The memoria runestones at Uppland in Sweden dates back to Viking times. It has a complex meandering design featuring serpent motifs. The lettering in the winding banner refers to the person commemorated by the stone. The snake represent the serpent that circles Midgard in Norse mythology. The serpent and the spiral are frequently seen in labyrinths. 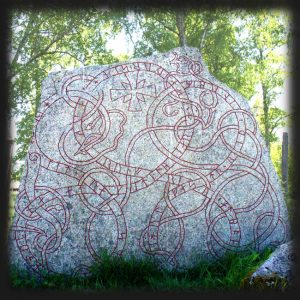 Mind also the name and symbolic meanings: the goose game. References also occur in Maier files as well as for the game of Merels, or Nine Men’s Morris. Popular in the 14th century, but earlier versions with sometimes fewer than nine pieces have been found dating back to 1400 B.C.

Some authors say the game’s origin is uncertain. It has been speculated that its name may be related to Morris dances, and hence to Moorish, but according to Daniel King, “the word ‘morris’ has nothing to do with the old English dance of the same name. It comes from the Latin word merellus, which means a counter or gaming piece.” King also notes that the game was popular among Roman soldiers.

In some European countries, the design of the board was given special significance as a symbol of protection from evil, and to the ancient Celts, the Morris Square was sacred: at the center lay the holy Mill or Cauldron, a symbol of regeneration; and emanating out from it, the four cardinal directions, the four elements and the four winds. (src. Wikipedia) 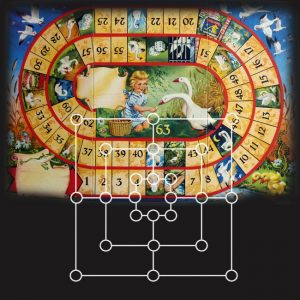 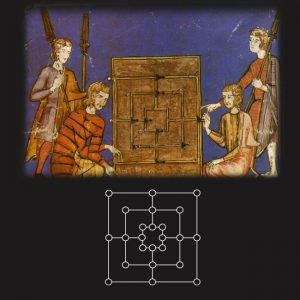 A most famous labyrinth can be found on the floor of the cathedral at Chartres in France.

Some tidbits about the saving of the Cathedral of Our Lady. And for the Maier files readers, mind again the name “Our Lady”.
The cathedral was damaged in the French Revolution when a mob began to destroy the sculpture on the north porch. This is one of the few occasions on which the revolutionary fervour was stopped by the townfolk. The Revolutionary Committee decided to destroy the cathedral via explosives, and asked a local architect to organise it. He saved the building by pointing out that the vast amount of rubble from the demolished building would so clog the streets it would take years to clear away.

However, when metal was needed for the army the brass plaque in the centre of the labyrinth was removed and melted down; our only record of what was on the plaque was Felibien’s description. While the city suffered heavy damage by bombing in the course of World War II, the cathedral was spared by an American Army officer who challenged the order to destroy it.

Colonel Welborn Barton Griffith, Jr. questioned the strategy of destroying the cathedral and volunteered to go behind enemy lines to find out whether the German Army was occupying the cathedral and using it as an observation post. With a single enlisted soldier to assist, Griffith proceeded to the cathedral and confirmed that the Germans were not using it. Griffith was killed in action later that day on 16 August 1944, in the town of Leves, near Chartres. All pure coincidence? Not in the Maier files’s labyrinth … 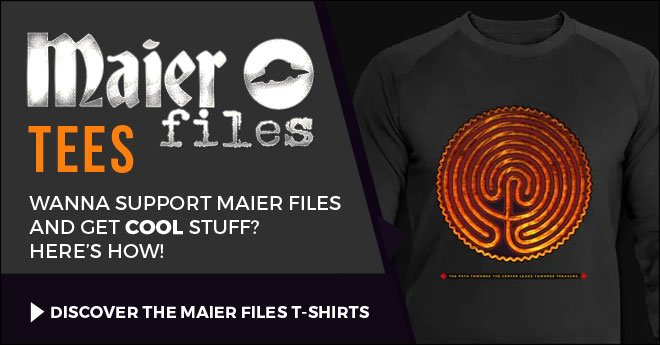