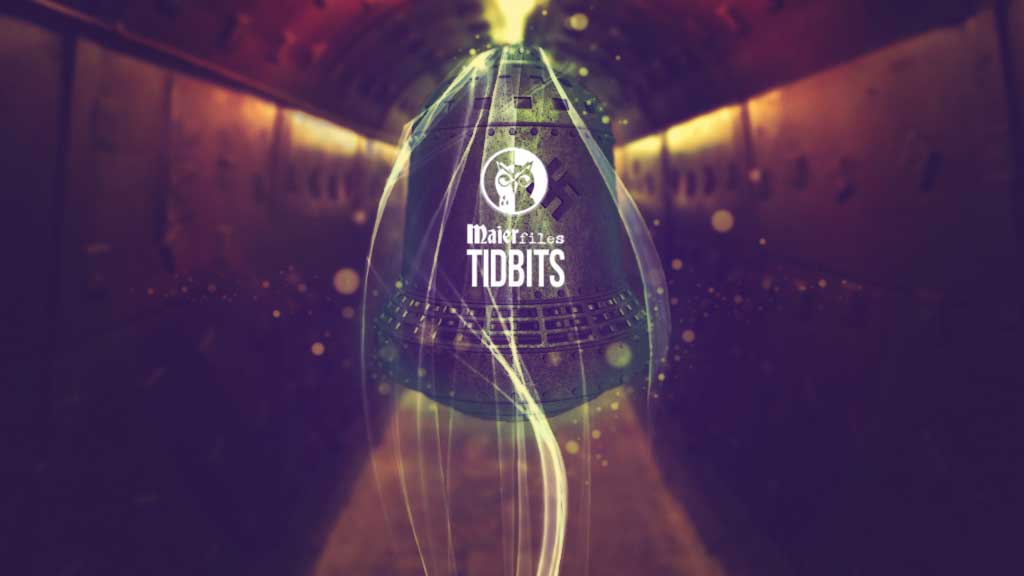 Die Glocke or the Bell Project

A mysterious and secret German SS-project

In this post we’ll take a look at the mysterious project ‘die Glocke’. Glocke translates into English as ‘Bell’.

When trying to unravel Otto Maier’s bizarre history and when analyzing the amazing tales Mr Naumann once told us about the secret mountain base in the Harz region, one stumbles willy-nilly on ‘die Glocke’ project. In light of the puzzling Otto Maier’s engine and its bizarre features, die Glocke falls right in.

On the pages 361 – 362 of his book, Roswell and The Reich: The Nazi Connection, Dr. Joseph Farrell writes that die Glocke was a gateway technology. A hyper-dimensional torsion-based technology that the German scientists had developed to investigate its potential applications in three areas.

To be honest die Glocke seems to be everything and anything to everyone. An episode of UFO Hunters, an American TV series dealing with UFOs, even suggests that the Bell influenced time. Indeed this belief also intrigues. Because Time fascinated Otto Maier deeply. His diaries consist of many musings and thoughts on the concept Time. Writers on the Bell subject, Igor Witkowski, aerospace expert Nick Cook and Dr. Joseph Farrell, all believe this Bell device was an engine for levitation.

Die Glocke discharged some sort of radiation that simply killed everything near it. And since there is a possibility that a radioactive substance was one of its main ingredients, a substance perhaps resembling red mercury , this could be very real. Furthermore this Bell hummed like a beehive and a strong magnetic field surrounded it. Presumably induction caused electric effects as electronics in the vicinity of the object overloaded. Finally, this bell device radiated a bluish light, a bluish phosphorescence glow.

This made think of the Karl Schappeller device.  Schappeller described the central core of his device as “glowing magnetism” in which there was apparently some sort of glowing energy that had a magnetic field.

Schappeller’s ‘free-energy’ device attracted considerable attention around 1930. Schappeller made no secret of his invention and actively sought private financing to manufacture and distribute the results of his research. His remarkable device was planned as a source of broadcast energy, reminiscent of Tesla, for both German homes and industry. More on that later.

The structure of the Bell

The Bell’s inner-most component was a hollow core, forming die Glocke’s axis. This hollow core contained a special type of conducting material and when ionized via an electric source it formed plasma.

Around this laid two cylinders or drums that rotated in opposite directions. It is unknown if one drum rotated inside the other or one was on top of the other. Both cylinders, were full with conventional mercury.

Mercury is an excellent conductor and one used it for electric switches. A ceramic housing of a bell-like shape covered the cylinders. The question remains what does such device do when activated?

Perhaps through rotation of the highly charged cylinders, the central core ionized material was wrapped into a vortex or plasmoid. (A plasmoid is a coherent structure of plasma and magnetic fields a “plasma-magnetic entity”) Because they deeply cooled the mercury, it seems obvious that they wanted to create a superconductor effect.

Thus once a superconductor is charged, it remains charged with no further electrical input being necessary. This charge, circulating around and around the cylinder in the mercury, would have produced a huge magnetic field forming this plasmoid.

So, we have a huge magnetic field possessing two counter rotating, superconducting drums moving through its field, each with its own huge magnetic field. The electromagnets reacting to each other could maybe create a the Biefeld–Brown effect.  This is an electrical effect where extremely high voltages can produce a type of propulsion, usually attributed an ionic wind but also associated with several anti-gravity theories. The inventor Thomas Townsend Brown, a former student of Paul Biefeld gave the effect its name. Biefeld was professor of Physics, Electrical Engineering, Physics and Astronomy.

Nobody knows for sure

We really do not know all of what the German project leaders thought of the Bell. Nobody does and those who might know won’t tell. One thing is certain, it’s a very intriguing piece of scientific device that contains many labels.