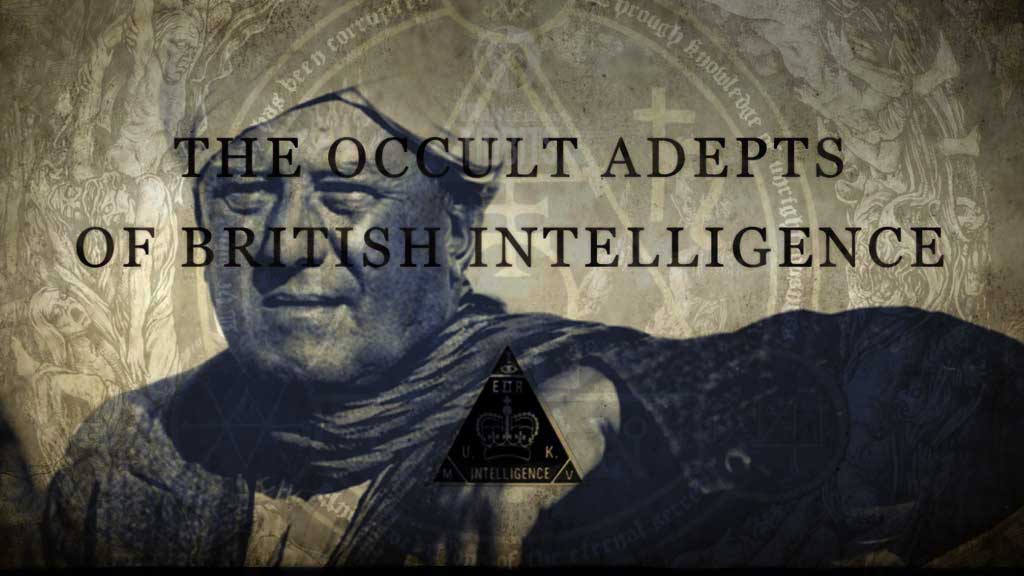 One of those practitioners of the magical and occult arts was Aleister Crowley. Crowley is perhaps the best known ‘occult spy’ operating in the Second World War. And in fact he was already a spy long before the war. It is not surprising that through history occultism and espionage always have been linked.

Undercover operations always need a veil of secrecy and occultists are capable at keeping their activities hidden from sight. Occultists like secret agents utilize codes, images and cryptograms to conceal data from outsiders.

Occultists and spies are comparable from multiple points of view, as both occupy a shadowy underworld of secrets, misleading and disinformation.

It is in this way not exceptional that regularly these two professions have shared the same members. In the 1930s first solid evidence appeared: MI6 or the SIS (Secret Intelligence Service) recruited Crowley. This was to spy on German occultists with political links to the emerging National Socialist Party and Marxists revolutionaries.

One of Crowley’s possible targets was Albert Karl Theodor Reuss, the founder of the magical group the Ordo Templi Orientis. Another prominent member of the OTO in Germany, and controversially was later to become its Grand Master based in the USA, was Karl Johannes Germer.

In 1933 Crowley met an eccentric Welsh aristocrat Viscount Tregedar. His haunted country house was near Newport in South Wales and was the site of famous wild parties to which he invited a wide mix of social types including Huxley and H.G. Wells.

One of Tregedar’s more unusual house guests was, perhaps significantly in the light of later dramatic events, Rudolf Hess. Lord Tregedar had also visited the German home of Ernst Rohm, the head of the SA, and they even shared a male lover.

Lord Tregedar belonged to an occult secret society in London called The Black Circle, which had the traditional thirteen members of a witch coven. In it the aristocrat was known as the ‘Black Monk’. There exists a painting of him wearing the hooded black robe all the members wore for their ceremonies.

Intriguing fact is the paradox he was chamberlain to Pope Pius XI and at the same time dabbler in the Black Arts.

Another link between Crowley and the intelligence services was his friendship with the homosexual M.P. Tom Driberg. Driberg had been a society gossip columnist on the Daily Express and paradoxically he had joined the British Communist party in 1920. He served as a Member of Parliament (MP) from 1942–55, and again from 1959–74. With contacts in the different worlds of politics, high society and the gay scene he was an ideal informant for MI5. But rumors told that he was also a Soviet agent.  It was Tom Driberg who introduced Crowley to the writer of adventure, historical and ‘black magic’ thrillers Dennis Wheatley. Wheatley’s wife worked as the transport administration officer for MI5. Churchill recruited Wheatley personally to be part of a top-secret unit in the Cabinet Office planning for total warfare (including the use of poison gas and biological weapons).