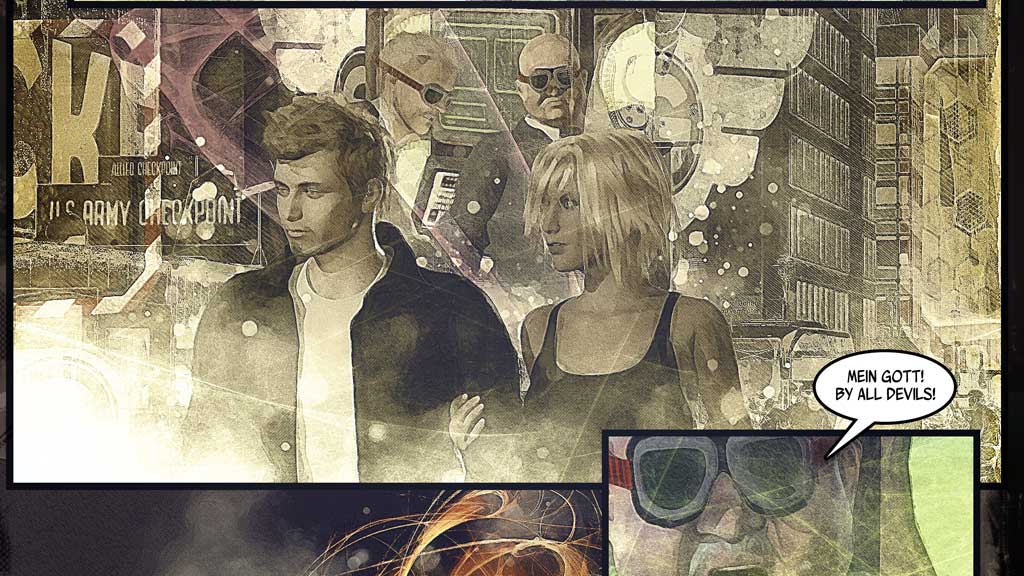 There are a lot of old rumors of work in time experimentation. Especially during the early 1990s at popular UFO-conferences. One of the hypes was the “Montauk Project“.  Which is believed to be an extension or continuation of the World War 2 Philadelphia experiment.

Preston B. Nichols and Peter Moon wrote a book about this topic titled The Montauk Project: Experiments in Time. It resulted in an entire series detailing supposed time travel experiments at the Montauk Air Force Base at the eastern tip of Long Island.

According to these stories there was a German connection to these time experiments. Some of the technology and even some of the funding are rumored to have come from ‘Nazi’ Germany. Rumors said that German U-boats were to surface off the New Jersey coast, secretly off-loading mysterious cargo’s.

In our quest for Otto Maier his project Nornir and suppressed German science, this is intriguing. Because when there’s smoke, there’s fire and most of what is true always originates as a story or rumor. This has happened over and over again as with German flying discs, Magnetic Wave, beam weapons, rockets, alternative fuels etc.

Rolf Naumann told me a similar strange tale. According to the man, there was a hidden facility in the mountains of the Harz region. There, deep under a mountain, a SS-research and development unit had constructed a mysterious machine. In other words an appliance related to time experimentation.

Unfortunately, this machine is no longer accessible from the surface as these tunnels were sealed with explosives before Patton and his American third Army could secure them. At the present time we know that there were indeed a series of huge underground facilities in the Harz region. Exact functions of some of these facilities are still under debate today. Jonastal, is such location.

Jonas Valley is situated in the Ilm-Kreis district in Germany between Crawinkel and Arnstadt and near to the town of Ohrdruf. It was a scene of military construction under the National Socialist regime during the last years of the Second World War. Many believe that this was a site for testing atomic bombs or a production site for the “Amerika” rocket and even a site for UFO-like crafts.

Later the Harz region fell into the Soviet Zone but nobody ever bothered to investigate what went on down there. As with most rumors stemming from the Third Reich, there was usually a kernel of truth to it.

There have always been real scientists as well as thinkers who experiment in time, then as now, so the very fact that some physics laboratory experiments were done in those days by the Germans shouldn’t surprise at all. Now, however, some new developments and researchers bring these rumors about Time Experimentation all back into focus. The first is the work of Igor Witkowski. His 2000 Polish language book Prawda o Wunderwaffe (The Truth About The Wonder Weapon, reprinted in German as Die Wahrheit über die Wunderwaffe), refers to it as “The Nazi-Bell”.

Mr. Witkowski has made a remarkable discovery. He has found a truly unique site or laboratory in Lower Silesia, which was a part of Prussian’s Riesegebirge and German territory during and before the war.

Witkowski was able to read some secret Soviet NKVD files which put him on to the story. The Germans gave these top-secret projects the code names “Laternenträger” and “Chronos”. “Laternenträger means Torch-carrier and the word Chronos is almost self-explanatory. The ultra secret SS experiment originated from a facility in Leubus, northwest of Breslau, but moved to Fürstenstein 34 km to the south in late 1944 because of the Soviet advance. Finally, they moved it south again to Ludwigsdorf.

Witkowski discovered another related weird project. The Soviet intelligence files contained also “Die Glocke”, the Bell. The Bell was just that: a hard, metallic bell-shaped object. Inside this bell two cylinders, filled with Xerum 525, a mercury-like substance, spun rapidly in opposite directions. Other substances included in Xerum 525 were thorium and beryllium peroxides. The substance had a violet color.

Some speculate it’s Red Mercury. But red mercury is a substance of uncertain composition. Samuel T. Cohen, the “father of the neutron bomb“, claimed for a long time that red mercury is a powerful explosive-like chemical known as a ballotechnic. No-one knows for sure what it is. Nick Cook, aerospace writer, included Witkowski’s amazing story in his book ‘The Hunt For Zero Point’ .

Witkowski’s research shows that the Bell was always operated underground. This leaves us to wonder at the purpose of the circle-like structure with the hooks at its top. Thus some think that the Bell was a field propulsion engine destined for some exotic aircraft. Others think the whole apparatus, Bell and stone circle, concerned itself with experiments in time. An alternative is that it was both.

This is because Nick Cook links Russian experiments with spinning superconductors to the spinning, liquid, mercury-like compound contained in the Bell. Could red mercury be a superconductor? Could this be its real secret? A superconductor would allow the creation of tremendous magnetic fields possibly even other forms of energy. This is pretty close to the story of Otto Maier and the endeavor of Gross Konzerns.