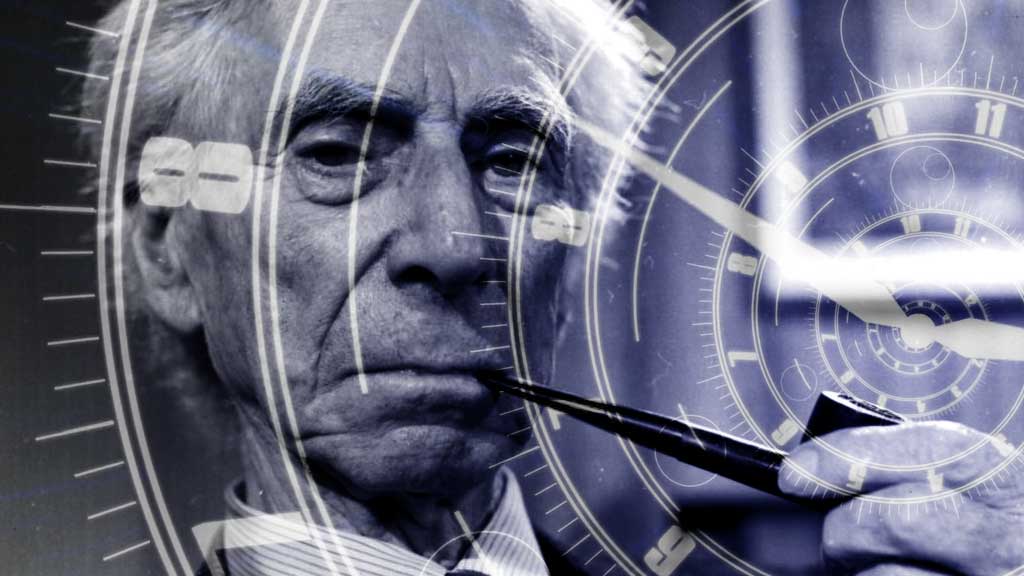 Here is a subconscious double standard: Infinities of time seem a little different from infinities of space. It is natural to think that space extends out in all directions forever (or is this a culturally instilled belief?). Time is supposed to be infinite only in the future direction. We ask when time began but rarely where space began.

The infinity of past time

The infinity of past time is an unpopular belief. Yet it would “answer” questions of when or how the world was created by throwing them out as meaningless. In contrast, the infinity of future time appears to be universally accepted, even by those religions that postulate an apocalypse in the meaning of end-time. After the millennium, the good live on forever, or the cycle starts over with a new creation. Few if any doctrines are nihilistic enough to believe in a real end to time, where things revert to exactly the same nonexistence as before the beginning of time, only this time for good.

Bertrand Russell’s “paradox of Tristram Shandy” plays with the idea of an infinite future. Tristram Shandy is the narrator of Laurence Sterne’s rambling novel of the 1760s, The Life and Opinions of Tristram Shandy, Gentleman. Russell wrote: “Tristram Shandy, as we know, took two years writing the history of the first two days of his life, and lamented that, at this rate, material would accumulate faster than he could deal with it, so that he could never come to an end. Now I maintain that, if he had lived for ever, and not wearied of his task, then, even if his life had continued as eventfully as it began, no part of his biography would have remained unwritten.”

There is a year for every day, and a day for every year. Were Shandy still writing in 2085, he would be up to the events of  December 1700. In turn, this immortal Shandy would get to setting down today’s events circa the year 115705 something. You cannot single out a day for which it isn’t possible to schedule a future year for recording its events. Therefore, said Russell, “no part of his biography would have remained unwritten.” Even so, Shandy gets further and further behind in his writing. With every year of writing he falls 364 years further from completion!

Russell’s reasoning was based on Georg Cantor’s theory of infinite numbers. If two infinite quantities can be placed in one-to-one correspondence to each other, they are equal. For instance, mathematicians hold that the number of whole numbers (0, 1, 2, 3, 4, 5 …) equals the number of even numbers (0, 2, 4, 6, 8, 10 …)—rather than being twice as much, as you might think. The two are equal because every whole number n can be paired with one even number 2n, and the pairing will leave no even numbers left over.

More mind-bending is a reversal of the paradox. Suppose that there is an infinity of past time, and that Shandy has already been writing for an eternity. Then there is the same “Cantorian” correspondence between years and days. Shandy would have just finished the last page of his autobiography. But that’s ridiculous. How could Shandy have chronicled yesterday’s events already, when it should have taken him a whole year?

Many have used the reverse paradox to demonstrate, not very convincingly, the impossibility of a past eternity. A reasonable resolution of the reverse Tristram Shandy paradox was supplied by Robin Small. It is, in fact, impossible to establish a correspondence between specific days and specific years.

Conclusion: If there is an eternity of past time, and Shandy has been writing since the “beginning”, he will have an infinitely long unfinished manuscript. The most recently completed page will describe events of the infinitely remote past.

Russell does not claim that Shandy will “ever” finish the manuscript. Rather, no specific day you can mention goes unrecorded. Tristram Shandy’s “last” page is forever a mirage.