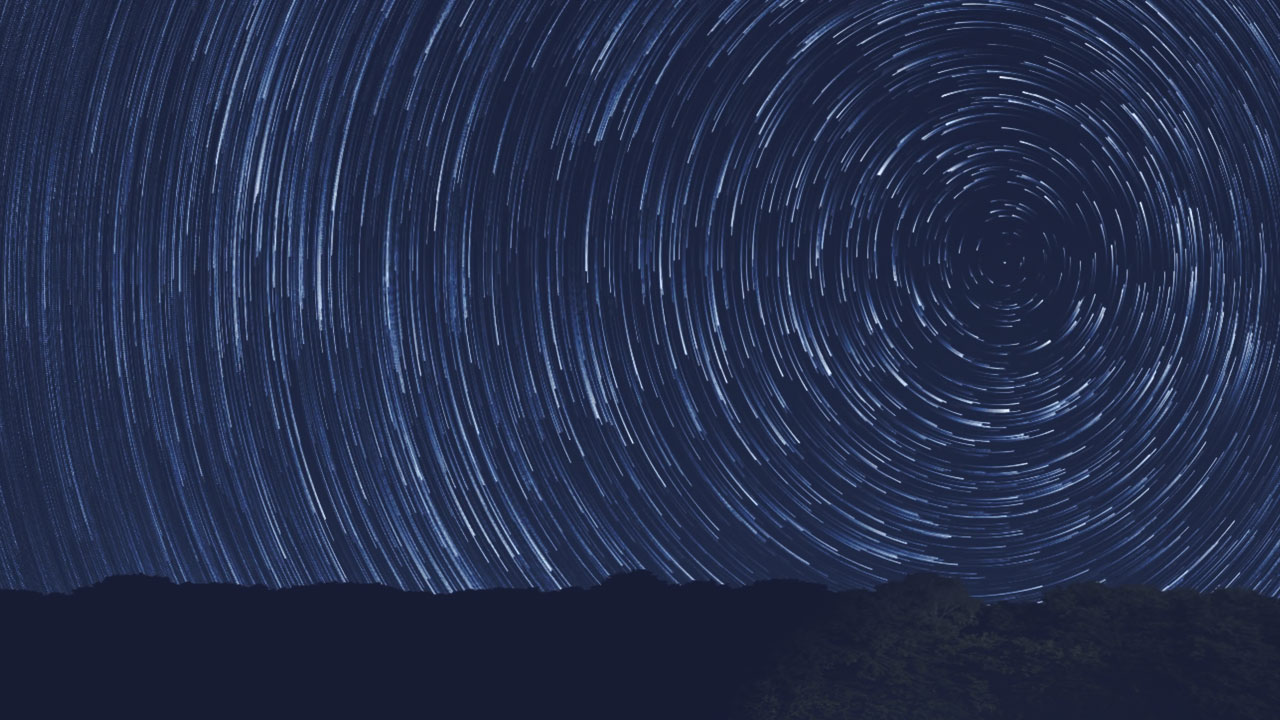 A BRIEF HISTORY OF THE PHILOSOPHY OF TIME 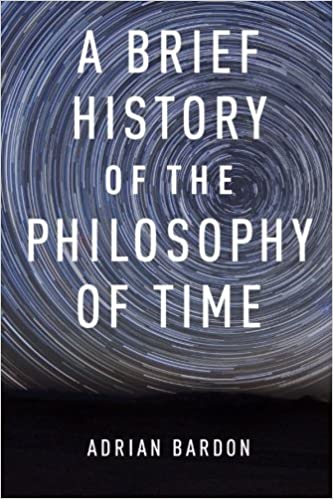 A Brief History of the Philosophy of Time
Available at Amazon

What makes time so elusive? Time couldn’t be a more familiar and fundamental part of our existence—and yet, as soon as we really start thinking about it, we find that there is no subject more mysterious and ineffable. ‘Ineffable’ is a particularly good way to put it: It means ‘beyond words.’ It is difficult to get started in thinking about time, because it is difficult even to put our thoughts about time into words.

The basic problem has been under intense consideration throughout recorded history. There are two essential facts about time that most will agree on. First, we think of events as arrayed in a sort of order, where what is happening depends on where we are in that order.

Second, we think of events as coming to be and passing away, as undergoing change over, or in, time. (Roughly speaking, we use calendars to track this first aspect of time and clocks for the second.) But these two characteristics seem to be in tension: If events are arrayed in an order, then how can we also say that they come to be and pass away? Is the passage of time real, or is it merely a subjective aspect of our experience? What is it for an event to be ‘in’ time in the first place? Upon reflection, it is very difficult to explain just what a temporal description of the world really amounts to.

What gives time its direction?

This fundamental conundrum gives rise to a number of significant subsidiary questions. What is the nature of our experience of time? What gives time its direction? Is travel in time possible? Is the future unwritten, and do our choices matter? Did time begin, and, if so, how?

Adrian Bardon’s book “A Brief History of the Philosophy of Time” concerns the philosophy of time. One might well wonder how a philosophical approach to time is different from a scientific, psychological, sociological, literary, or other approach to the subject. Answering this question requires that we briefly examine what philosophy is.

To be honest, philosophers generally dread being asked to explain what philosophy is. Part of the problem is that philosophy is more of an activity—the activity of philosophical thinking—than a subject matter, so it is easier to demonstrate than to define.

Unlike physics, mathematics, literary studies, religious studies, or just about any other field of investigation, philosophy does not have its own, unique subject matter: A given philosophical investigation might, for example, concern itself with the subject matter of science, or math, or art, or religion. Philosophy is really distinguished by the kinds of questions it asks. Philosophers ask foundational questions—questions about, say, science: What is a scientific explanation? What is causation? What is the proper domain for empirical study? Philosophers ask questions about art: What is beauty? What counts as a work of art?

There is an unwarranted prejudice that philosophers like to dither around and ponder unanswerable questions. Nothing could be further from the truth, at least as far as contemporary academic philosophy is concerned. Thinking about philosophical questions is not viewed by philosophers as some sort of meditation, with no real endpoint.

Philosophers deal in tough, abstract questions, but they shun unanswerable ones like the plague. Indeed, distinguishing between questions that are hard to answer and questions that are meaningless or otherwise poorly formed is a big part of the philosophical enterprise. The inherent difficulty of philosophical questions can make progress very slow, and this may be confused with a lack of progress.

To get a better grasp of what time is all about, philosophers have two main jobs to do: figure out exactly what questions to ask, and then figure out how to answer them. The first of these jobs is often the tougher one, and is commonly the main task in serious philosophical work.

In understanding the question “What is time?” we start by trying to zero in on our target. Figuring out what you are asking when asking about time is less than straightforward. In ordinary discourse, we employ temporal terms, like “past,” “present,” and “future,” without thinking much about what they mean. In describing the world, natural scientists tend to presume an understanding of temporal concepts, like temporal measurement, succession in time, or the earlier/later relation, in their accounts. Before we can formulate questions about time, we need to look carefully at what our notions about time include, and what facts and concepts we take for granted in both colloquial and scientific discourse.

Time certainly has something to do with measurement. This doesn’t tell us much so far, because what time measures is duration, and duration is a temporal concept.

Time can also be thought of as a coordinate system. Events are located ‘in’ time; they have a fixed temporal position relative to each other. This means something different from having a different spatial position, or a different position on a number line—but how, exactly?

Finally, time has something to do with change. Again, this is just a starting point, because it is very tough to see how we could understand what change is without understanding what time is: Change involves something having different properties at different times.

We also speak of change ‘of’ time: The future, we sometimes say, approaches, and the past recedes. But is this a real phenomenon or a metaphor for something else?

Then there is the problem of methodology. Philosophical questions are philosophical precisely because they demand unusual methods. Some ordinary questions can be answered by appeal to authority (e.g., by consulting a professional or looking them up in a book); other kinds of questions are answered by experimentation, observation, and inductive inference. Philosophers specialize in tackling precisely those questions that are not amenable to these everyday ways of finding things out. Philosophical methods involve innovative uses of reason and logic; a big part of any philosophical project is to figure out how to understand and address the issue in question using these tools.

There are silly, meaningless questions, and there are tough and abstract, yet answerable, questions. Questions about time, I believe, fall into the latter category. Time is a difficult and puzzling matter because questions about time tend to be questions of the tricky, philosophical sort. Asking “Is time real?” is a fundamentally different enterprise from asking whether, say, three-toed sloths are real.

We know what the latter question means. We also know how to go about finding the answer: Head to Central America and other places where sloths are known to congregate, find all the sloths we can, and count their toes.

We know what would constitute success or failure in finding three-toed sloths: Either we find some or, after a careful and thorough search, we don’t.

If the former occurs, then the problem is solved. If the latter, though we may not be absolutely certain that they do not exist, we can reasonably conclude that they do not. In contrast, figuring out whether time is real is a whole different ballgame. It is not something we are going to uncover just by looking around.

Historically, philosophers have had a particular focus on questions about knowledge and reality that are not susceptible to more mundane methods of investigation. Take the case of numbers. Is the number seven, for example, itself a real thing? Obviously, it is not a material item like a rock or tree or sloth. But we talk about it and solve problems with it. So it is not material, but neither is it fictional, like Sherlock Holmes or the Loch Ness monster.

And how do we know that seven plus five equals twelve? We know this is true, but not in the way that we know whether sloths exist. Philosophers try to come up with ways of answering questions like these; but because of the tricky nature of the issues involved, they first have to come up with ways of grasping the meaning of these questions. And doing this tends to require tackling some even more fundamental questions, like what is it for something to be real, and what is it for us to know that something is true?

Next, consider another classic preoccupation of philosophy: moral facts. Upon examination, a murder scene may reveal a body, a bloody knife, even fingerprints. But the moral viciousness of the act of murder, no matter how closely we look, is not something we actually see in addition to these other elements. Moral facts, such as the fact that murder is wrong, are things we like to think we can know, but it is awfully tricky to explain just what sort of facts they are and how it is we know them. Figuring out how to locate these facts, and what would constitute success in finding them, is a nontrivial part of the process.

Take color as yet another example. We know that color varies according to the observer, as well as the lighting conditions. So, do things have a true color or not? Is color a real property in the world at all? Should color just be thought of as a disposition on the part of objects with certain other characteristics to give rise to visual experiences of a certain kind? These are philosophical questions about color.

Note the relationship between these questions and a scientific understanding of color. These questions begin with the scientific description of the situation: Objects reflect light at a certain wavelength, and our brains are so organized that they typically register a visual sensation of a corresponding sort in variable but predictable ways. This basic picture is not in dispute. What are in dispute are deeper and more abstract questions like “What is it for something to be a property?” And “Where do we draw the line between objective and subjective?” These philosophical questions about color seek to deepen our understanding of the situation by pushing the subject further, into issues of how best to think about what we have learned from the science of color perception.

What are we looking for when looking for an explanation of time? How do we know when we have the answer? Can reason and logic alone provide substantive answers? What about the empirical sciences? What is the relationship between our experience of time and time as described by the empirical sciences? How is understanding our experience of time pertinent to understanding time itself? These are philosophical questions, and in fact the history of the philosophy of time gives us lots of reasons to think that we can actually make progress on answering them.

Talented thinkers have been working on these problems for several thousand years; that is good news for us, because their having done so much of the groundwork makes things a lot clearer. Over the centuries, theories about the nature of time have resolved into three main categories: idealism, realism, and relationism.

Ancient Greek scholars were divided among these three basic views about time. It is with this early dispute that Adrian Bardon begins his excellent book …
src. A Brief History of the Philosophy of Time -> https://amzn.to/2TJQHqP