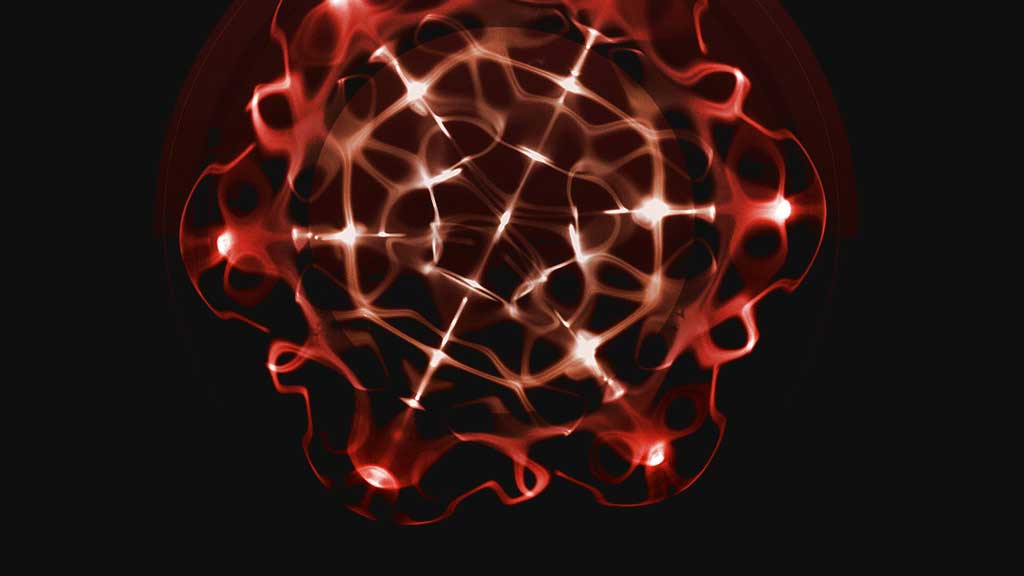 and the Triumph of the Will

Let us take as an hypothesis, as Callum Coats in his book about Viktor Schauberger proposes, that the Ur-original source of energy is a radiant emanation from the Cause of Causes, from “God”, or better still, from the Eternally Creative Intelligence (ECI) to avoid any gender implications. As in the Eleusinian mysteries schools it’s called the Goddess.

Of necessity an entity such as this ECI must constantly create on the process of Its own evolution. Energy might then be viewed as an expression of the Will-To-Create, as the agency through which the ideas of the ECI become manifest. “Creation, Energy and life itself becomes a Triumph of the Will.”

As a form of energy, sound has long been attributed a form-creating capacity, indeed in the Christian religion the coming into being of the world was ascribed to the ‘Word’ of God; in the Hindu religion to the ‘Beat’ of Rama’s drum; in modern scientific parlance, to the ‘Big Bang’, all of which are sound phenomena; in the Norse Myths the big wave Alda.

Prayers, chanting, Indian ragas, the uttering of mantras are believed to produce various effects, some of which are as concrete in formas illustrated in cymatics. If you may wonder what Cymatics are, Cymatics originates from Greek: κῦμα, meaning “wave”, and it is a subset of modal vibrational phenomena. The term was coined by Hans Jenny (1904-1972), a Swiss follower of the philosophical school known as anthroposophy.

Typically the surface of a plate, diaphragm or membrane is vibrated, and regions of maximum and minimum displacement are made visible in a thin coating of particles, paste or liquid. Different patterns emerge in the excitatory medium depending on the geometry of the plate and the driving frequency.

A good example and demonstration is this video of John Telfer:

We are living in a world of waves, and sound is a wave. Now, that sound also has an effect on the quality of a structure, organic or otherwise, is also subconsciously reflected in the English language. English speakers say that a structure is ‘sound’ or ‘unsound’, meaning that it is either safe or unsafe. Similarly a person is said to be of ‘sound’ or ‘unsound’ mind, reflecting their creative or destructive tendencies.

The city of Jericho was supposedly destroyed by destructive sound resonances. In his book The Secret Power of Music David Tame makes a convincing case that the fall of great civilizations was always preceded by the degeneration of popular music. What long-term effect the ceaseless bombardment of the body’s very sensitive, electrically charged cells by the veritable salad of electromagnetic emissions in the way of high-tension cables, radio, television, radar, microwave ovens, cellphones, etc. has on the overall health is a matter for serious guesswork.

Thus sound or resonance does seem to be associated with creative or destructive phenomena. Resonance is the free transfer of energy or the sympathetic vibration between one system and another without loss, and is the function of mutually precisely harmonically related frequencies. As such, it and the phenomena, physical or otherwise, that it produces, are the result of the periodic repetition of a given number of impulses, which can be categorised as vibration, oscillation, or rotational periodicity.

This can be also found in the works of the forest caretaker Viktor Schauberger – Harmony and resonance are prerequisites for growth and development; lower stages of harmony in the form of lesser individualities providing the firm and stable substructures upon which the higher structures are built.

Mr. Schauberger was also convinced that The Eternally Creative Intelligence is everywhere at once, and creates all the various levels of  existence through the formation and concentration of life-force into harmonic vortices of matter from its infinite ocean of energy.

Even Johann von Goethe was very much aware of this is evident from the following poem:

All things into one are woven, each in each doth act and dwell
As cosmic forces, rising, falling, charging up this golden bell,
With heaven-scented undulations, piercing Earth from power Sublime.
Harmonious all and all resounding, fill they universe and time!
Amidst life’s tides in raging motion, I ebb and flood – waft to and fro!
Birth  and grave,  eternal  ocean, ever-moving, transient flow.
A changing, vibrant animation, the very stuff of life is mine,
Thus at the loom of time I sit and weave this living cloth divine.
In Its universe, therefore, there is no energy crisis! (Another hint to the “free”-Energy)

In Callum Coats book Living Energies (Viktor Schaubergers Brilliant work explained),  one can find this remarkable tidbit about the number 29 and resonance. 29 seems to have some strange affinity with the Earth and the planetary system.  Some peculiar coincidences shows up, which are perhaps worthy of note …

Viktor Schauberger and the Laws of Nature

This is Interesting isn’t it?

Another interwoven link we encounter with the always returning Apollo themes see other posts. In the end all will come together …

An excerpt from the Orphic Hymn 34:
O Delion king, whose light-producing eye views all within, and all beneath the sky; whose locks are gold, whose oracles are sure, who omens good revealest, and precepts pure; hear me entreating for he human kind, hear, and be present with benignant mind; for thou surveyest this boundless aither all, and every part of this terrestrial ball abundant, blessed; and thy piercing sight extends beneath the gloomy, silent night; Beyond the darkness, starry-eyed, profound, the table roots, deep-fixed by thee, are found.

The world’s wide bounds, all-flourishing, are thine, thyself of all the source and end divine. ‘Tis thine all nature’s music to inspire with various-sounding, harmonious lyre: now the last string thou tunest to sweet accord, divinely warbling, now the highest chord; the immortal golden lyre, now touched by thee, responsive yields a Dorian melody.

All nature’s tribes to thee their difference owe, and changing seasons from thy music flow: hence, mixed by thee in equal parts, advance summer and winter in alternate dance; this claims the highest, that the lowest string, the Dorian measure tunes the lovely spring: hence by mankind Pan royal, two-horned named, shrill winds emitting through the syrinx famed; since to thy care the figured seal’s consigned, which stamps the world with forms of every kind. Hear me, blest power, and in these rites rejoice, and save thy mystics with a suppliant voice.”