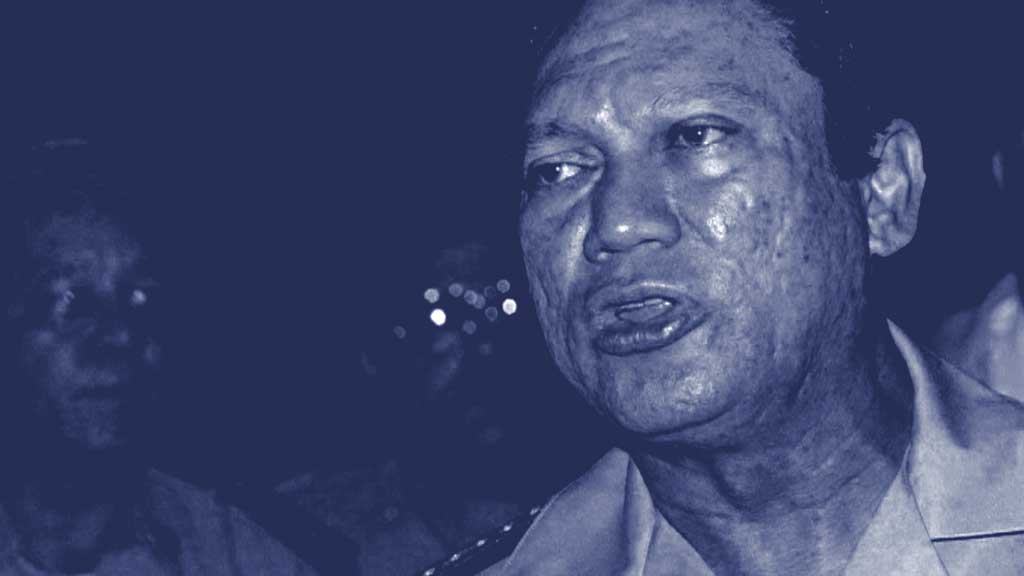 The dark secret of the Iran-Contra scandal

The ironies of the Drug War

Dear General Noriega:
… Your long-standing support of the Drug Enforcement Administration is greatly appreciated… Thank you very much for the autographed photograph. I have ad it framed and it is proudly displayed in my office ….

That letter was written in march 1984 by DEA Administrator Francis M. Mullen. Jr. to Panamanian strongman General Manuel Noriega. Who, four years later, was indicated on drug trafficking charges in the United States. In December 1989, fifteen American soldiers, part of an invading force of 10.000, were killed trying to hunt down Noriega and haul him back to the U.S. The man whose autographed portrait once hung on the DEA Administrators wall was now in the words of the U.S military, a cocaine snorting, voodoo worshiping alcoholic despot who entertained prostitutes and wore red underwear.

Such are the ironies of the (drug) war.

You are not going to be able to put this book Cocaine, “Contras and the Drug War” down. It will mesmerize you, enrage you and change your attitude toward the people in govemment whom you have entrusted with your safety and security. There are several important facts that you must keep in mind as you read.

First, that the crimes and atrocities described so vividly in these pages, were committed by U.S. government officials using taxpayer money.

Second, that this first hand account was written by Celerino “Cele” Castillo, a highly decorated veteran of two wars – Vietnam and the War on Drugs; a man who has often risked his life to fulfill his oath to protect the American people and uphold their laws, and that Celerino Castillo is a consummate professional investigator who documents everyone of his claims – – often using electronic recording devices – – so that they serve as evidence in any court in the world.

Third, that every thing you are about to read was first turned over to the up, management of DEA (The Drug Enforcement Administration), the FBI and the State Department for these agencies to take appropriate action to stop the Oliver North/Contra operations drug smuggling activities and that no action or investigation was ever undertaken.

Fourth, that Cele Castillo persisted in pushing for an investigation spite of a warning from a U. S. Ambassador to back off the investigation because it was a White House Operation, and in spite of being place under a malicious Internal Affairs investigation—DEA’s classic method of silencing its outspoken agents – – that would help destroy his marriage and career and almost cost him his life. Finally, that Cele turned over all his evidence to Special Prosecutor Lawrence E. Walsh’s office – – then investigation Oliver North and the Contra’s – – and when it was clear that no investigative action would ever be taken pursuant to that evidence, and, in fact that the Special Prosecutors final report failed to even mention the drug allegation, did Cele write his book.

His book indeed contains the account of Americas longest, most frustrating war, Celerino Cele Castillo spent a dozen years battling the drug cartels. Thus “Cocaine, Contras & the drug war” reveals why after more than 20 years and billions of dollars the drug war has failed miserably. Why DEA cannot rid the streets of pushers, why it cannot dents the burgeoning coca economy in south America, why its much – ballyhooed interdiction efforts are swatted aside like gnats by the cartels.

So, Castillo’s investigation unearthed enough evidence to merit a full-scale investigation, and yet none occurred.

Throughout his DEA career, Castillo kept detailed journals which provide the basis for the dates, names, places, and DEA file numbers cited in this book. Conversations quote in these pages were reconstructed to the best of Castillo’s recollection.

DEA rejected repeated efforts to obtain Castillo’s reports and cables from Central America. The material, according to the U.S. Department of Justice Office of Information and Privacy, is not appropriate for discretionary release. Likewise, large Portions of North’s diaries were censored before they were turned over to the government, including many sections adjacent to drug
references. For example, North’s June 26, 1984 entry followed by two blocks of deleted text.

Important questions remain: Who in the government knew about the Contra’s drug ties? Why were Castillo’s reports ignored? And what did North, who announced his candidacy for the United States Senate in 1994, know about the drug activities within the network he steered from Washington? The truth lies somewhere beneath a quashed investigation, a belligerent bureaucracy and a censors pen.

Just like the history of Otto Maier, it reveals that there are no ideologies, there’s only lust for Power. Power always attracts the most vicious, worst individuals and corrupts the very best.