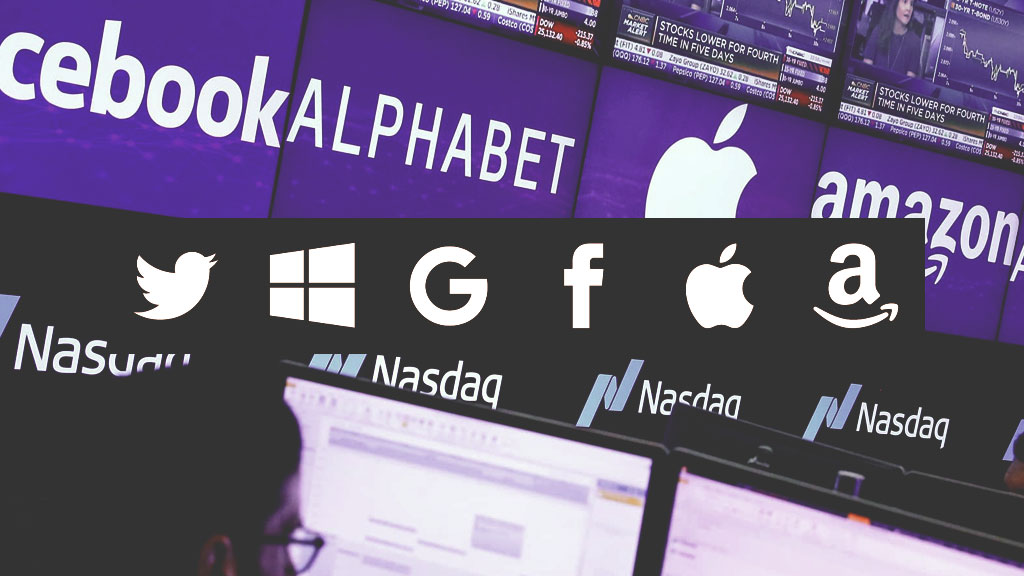 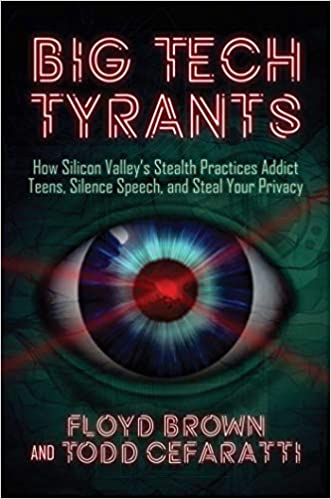 Out from a place called Silicon Valley came the modern-day hit parade. Eye-popping new technologies, gadgets that inspired and delighted us, discoveries promising to raise us to levels of prosperity unlike anything the world has ever known.

Busloads of kids who’d once journeyed to Hollywood in search of fortune and fame now found their way to San Jose, Cupertino, and Mountain View, California.

They came to companies named Facebook, Google, Amazon, and Apple. Companies that were bringing the entire planet together in a virtual single town square, an agora of delights. All of mankind’s knowledge made instantly accessible. Anything we wanted materialized on our doorstep overnight. Into each of our hands, a supercomputer.

For all of this amazingness, multiple trillions in new wealth was being generated. And all the world wanted to be along for the ride. We all wanted seats on that bus, to bask in the glory of these Mt. Olympus-poised companies, and to offer up sacrifices to their god-like talents. Or at least we were happy to revel in all the Yowza!

But Something Went Wrong

As if we had suddenly been cast out of a bright and promising dawn into a veiled dusk of suspicion, we discovered that one of these companies was running addiction algorithms on its users, stealthily modifying user behavior to soften them up for commercial pitches from advertisers.

Another company came to control what 90 percent of the world sees online and was using that competition-free dominance to punish enemies and push a political agenda on the country.

They are driven without respect for the lives they are changing …

Then there was the company that refused to pay sales tax, treated employees like dirt, and flattened thousands of competitors, relegating millions of jobs to the dustbin of the unemployed.

And let’s not forget the company that aided and abetted terrorism on our native soil by denying federal investigators access to possibly incriminating records, while loyal fans cheered on their new silicon deity.

Something had apparently gone very wrong in that meandering little valley south of San Francisco. We had allowed these tech wizards into the most intimate parts of our lives; we had trusted them. We, the people—from federal, state, and local governments, to corporations, small businesses, and farms, to cities, towns, and hamlets, to mom and pop and even our children—had given them a long leash. But instead of delivering a better world like they’d promised, they reneged on their many public vows and got caught up in the pursuit of “the T Algorithm”—the silicon trophy for being the first company to be worth a trillion dollars.

And in that pursuit, the game changed drastically.

This Is the Story of Golden Boys Turned Tyrants

“Boy Kings,” or Big Tech Tyrants, are considered the most powerful individuals in the world. They’re the autocratic aristocrats who run the tech giants in Silicon Valley, and if the labels are accurate, they suggest these social platform operators have gained a non-elected (or, should we say, a self-elected) authoritarian power. They wield it with more effectiveness and precision than any sitting government or military strategist.

Big Tech Tyrants boast riches beyond emperors of old but act like juveniles who don’t want to grow up. They are modern-day robber barons. Big Tech Tyrants don’t know the meaning of privacy, when it comes to you.

This true story shows how Facebook and Google, as well as Amazon and Apple, grew so large and oppressive that today they wield unchallenged power over a nation they themselves have impoverished, sitting pretty, high above it all as they systematically dismantle our most cherished freedoms and replace them with…

The decline of the West

FLOYD BROWN is a business innovator, writer, and speaker. He currently serves as the publisher of WesternJournal.com, one of America’s largest online news organizations.

Brown is the author of six books and has written for many publications, including the San Francisco Chronicle, the Washington Times, Townhall.com, and National Review.

TODD CEFARATTI has been a successful entrepreneur, CEO, and conservative political activist in Washington D.C. for the past thirty years. Cefaratti is a graduate of UCLA where he received his Bachelor Arts degree in Economics and Business and he also attended Harvard Business School where he studied digital marketing. Cefaratti is a Senior Director/Consultant at one of the largest national conservative news organizations in the country with an audience over thirty million, Liftable Media. Cefaratti is also the Co-Founder of a new free speech news and social platform FeedMe (feedme.app).

Cefaratti has also appeared on many TV and radio networks and shows, including: Fox News, For the Record with Greta Van Susteren, RT TV, The Blaze, The Rusty Humphries Show, The Washington Times, Washington Times Radio, TPNN, Newsmax.com, and many more.