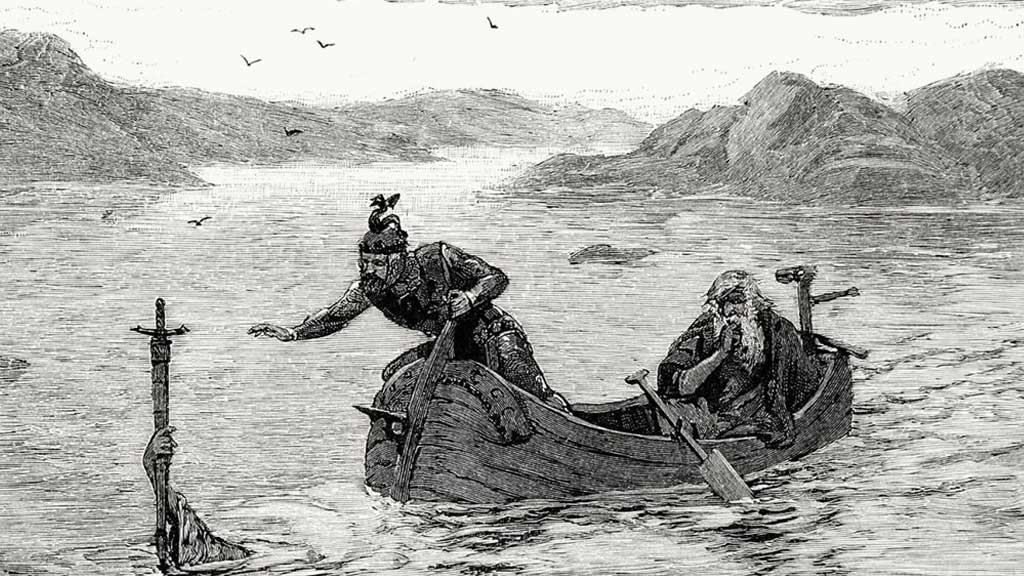 Within the fabulous stories of King Arthur and the Grail

Trying to understand one of the many hidden histories and layers within Maier files is trying to understand the Grail quest and its influence on many even nowadays. The Arthurian legends are an obvious start. The fabulous stories of King Arthur and the Grail are currently so well known that they extensively researched and remarked upon by many different authors and researchers. However numerous individuals are absolutely ignorant, as we were, that the importance and starting point of these stories are still debated. For sure, it seems increasingly likely that the Arthurian cycle was accumulated from many different sources and influenced by a number of different cultures and societies. These influences all point back to the same source as that of the Grail myth.

Our current comprehension of the Grail has been formed by a late medieval addition to the Arthurian legend. However the Grail is quite more than only a goblet of Christian origin, as we can discover all kind of hints indicating its prior presence.

For instance, in the Celtic sources that are the assumed origin of the Arthurian legends, we are told that the Grail is a cauldron, a symbol both of fertility and immortality. The cauldron was a powerful religious icon of its day. Like the most Grail romances, the Arthurian legends depended on earlier Celtic and Pagan myths which were themselves of old shamanic source. So Arthur, in the same way as other legends before him, was an updated variant of the hero god-lord who looked for the Grail, but who in doing so was really seeking himself. Like Odin did too.

Since the shaman could discover nothing on Earth that identified with alternate universes he went to amid his trip through the Underworld (i.e. the inward domain of the inner mind), he trusted that his voyage occurred inside the body of the World Mother or Earth Goddess. This is one reason why the ancients also referred to this ‘heavenly gateway’ as the ‘watery abyss’, and why rivers, lakes and wells were seen as portals to this other realm. Water, linked symbolically with the moon, was associated with the feminine principle.

In the Arthurian legend, we can read that Arthur went into the Underworld looking for the ‘cauldron of resurrection’. This confusing subtle element shows that the Underworld and the cauldron were additionally seen to be two altogether distinctive things. It could be, in any case, that the Underworld (the expansive cauldron) contained inside it another cauldron – likely the vessel known as the Grail. However, the more deeply we dig into these myths, the more confusing things seems to get. The cauldron or Grail was also associated with the human head, and in particular the male head. Why would the male head be located at the centre of the Earth when that was believed to be the body of the archetypal World Mother?

In Celtic mythology we find an item called the ‘Cauldron of the Head of Hades’, which was to be found at the fire castle Caer Pedryvan. This castle was an extraordinary and supernatural place where the people were said to drink sparkling wine. The Celtic word caer means ‘hill’ or ‘sacred mound’, a reference to the primordial mound, and an ancient shamanic concept associated with the vortex of creation.

Pen means ‘head’, and Pendryvan sounds remarkably like ‘Pendragon’, meaning ‘head of the dragon’ or ‘serpent’s head’. The father of Arthur or Arcturus was Uther Pendragon. Pendryvan could also mean ‘father of Evan’, the Welsh equivalent of the Roman god Bacchus and the Greek god Dionysus. Bacchus/Dionysus was the serpent god of wine and the inhabitants of Caer Pendryvan were said to have drunk ‘sparkling wine’. This link could well have some foundation, since wine – like blood – symbolizes the universal energy, the ‘creative force’ or ‘lifeblood’ that one experiences through enlightenment.

Lastly, Caer Pedryvan was also called Caer Sidi, the ‘spinning or revolving castle’ with this we end with the celestial hint. Due to the tilt of the earth, the role of the pole star passes from one star to another. We know that the precession of the equinoxes takes about 25770 years to complete a cycle. It is calculated that the pole star, Polaris got in place around 3400 BCE. Before this, the still point of the Northern sky was Thuban, a star found in the constellation, Draco, the Dragon.  King Arthur’s father was like said before Uther Pendragon.

Because Arthur is ‘Arth’ the Bear, we will look for him among the celestial bears. Polaris, the North Star, our pole star at the present time is part of Ursa Minor (the small bear), the little dipper, the still point around which the Northern heavens turn. As known in many old cultures and by the ancients, it forms on its path through the skies  a swastika … In ancient China the seven stars of the Big Dipper were associated with the celestial palace of the Lord On High, the Star God of Longevity, the heavenly mountain, the paradise of the immortals …

Mysteries of the Man Rune and the Graal

In a monastery of Loudun, France , founded in 1334, several Carmelite brothers left their names engraved in a staircase, which has for this reason been named the staircase of the graffiti. Among the names of these brethren is that of a Brother Guyot, who added to his signature a rose overlaid by a sinistroverse swastika. The correspondences between the name of Brother Guyot and Eschenbach’s Kyot, sage and mentor of Parsifal are remarkable and triggers a lot of questions …

King Arthur and the Arthurian Cycle