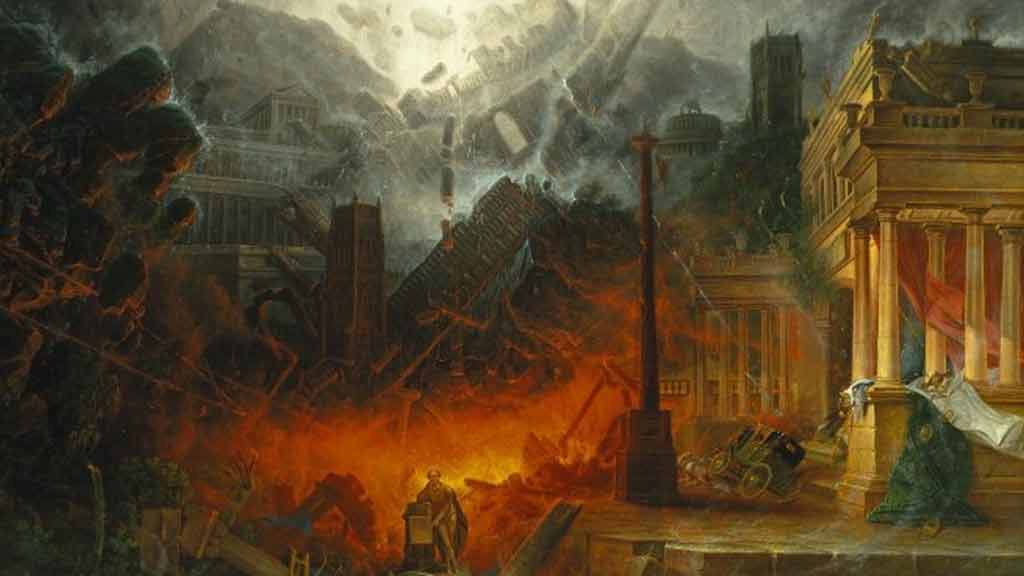 Apocalypse, the answer is at the end

For a very long time Christian apocalyptic beliefs knew for sure that before the Almighty finally would ignite the end times, there would be a fabulous golden age. Apocalyptic Christians called this the “Last Light”. This Last Light associated with a massively expanded realization of the free, godly spirit, and of spiritual reality everywhere.

In this Last Light, God would pour out his hidden knowledge of the universe. Taken up in the fiery foam of revelation, humankind would acquire vastly increased knowledge of the cosmos, of themselves, and of their ultimate destiny. And it shall come to pass afterward, that I will pour out my spirit upon all flesh; your sons and your daughters shall prophesy, your old men shall dream dreams, your young men shall see visions: And also upon the servants and upon the handmaids in those days will I pour out my spirit. And I will show wonders in the heavens and in the earth, blood, and fire, and pillars of smoke. The sun shall be turned into darkness, and the moon into blood, before the great and the terrible day of the LORD come.

This idea may come as a surprise to some readers. Today we tend to think of the word apocalypse as linked inseparably to the image of Armageddon, a holocaust and horror story for our planet. An image that also curiously attracts many people who bear grudges against the world, its inhabitants, and possibly themselves.

The word apocalypse means to take something out of hiding, to reveal something formerly hidden. “Occult” knowledge was only occult to, or occluded from, those not granted the eyes to see it. Thus, for the redeemed, the apocalypse was not something to be feared. They longed for the Apocalypse, a great enlightenment. And signs, like morning stars before the rising sun would precede the Light.

Everyone knows the story of the Christmas star that announced the birth of the Christian savior. The Gospel of Matthew tells us that magi from “the east” saw “his star” and “followed it” to Judea. In 1601, Johannes Kepler succeeded Tycho Brahe as imperial astronomer to the Holy Roman Emperor Rudolf II of Bohemia.

Rudolf was a great patron of scientists of many kinds and has gone down (and up) in history as an enlightened monarch. He granted freedom of religious observance to Protestants in Bohemia.

His enemies thought he was totally insane; Rudolf seemed more interested in alchemy than in the political challenges of his time. Kepler (1570–1631) has gone down in history as the man who discovered, among other things, the elliptical movement of planets, replacing the ancient model of perfect circular movement.

And then, something truly extraordinary happened. In October 1604, as Saturn and Jupiter neared conjunction in Sagittarius, a supernova exploded. To the eyes of the world, it looked as though a new star had appeared out of nowhere.

Kepler first observed the phenomenon on October 9, three degrees to the northwest of Mars and Jupiter and about four degrees east of Saturn.

People could clearly see the supernova in the constellation of Serpens, the snake, where it remained clearly visible for almost a year. Kepler naturally wondered if it was not this very sequence that had given birth to a new star called the Star of Bethlehem between years 7 and 6 before Christ.

Indeed, he was forced to wonder whether it was the earlier massing of the planets that had somehow triggered the appearance of the “new star.” 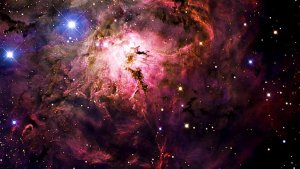 The only immediate cause for such an event that would spring to mind to a person of his time was that if it was indeed the revelation of a star, then it was a signal action of God. In print, Kepler modestly speculated that the star might indicate the appearance of a new sect, cult or some significant political event …

Maybe indeed it was …

The lion and the Northern stars

For half a century, learned people and politico-religious propagandists were excited about the imminent appearance of a kind of Protestant redeemer figure. This savior was sometimes depicted as a Scandinavian king or German prince. He would complete the Reformation and finish off the “evil empire” dominated by the pope.  The “Lion of Septentrion” or the “Midnight Lion” symbolized this figure. “Septentrion” means the northern stars or constellations around Ursa Major and Ursa Minor. The land of Septentrion was also the North Pole region.

In 1623, the Thirty Years’ War would be raging across Germany, involving the political attentions of all northern European states, as well as France and Spain. The war was a vicious struggle between the Catholic Holy Roman Empire (which included Austria, Bohemia, and Bavaria) and the Protestant states and peoples of Germany.

Like all wars, it was full of propaganda. In Paris in 1623, it appeared that Kepler’s prediction had come true. There was war, all right, and there was, as Catholic Parisians thought, a new sect. And to them the war and the sect were connected. And there was a conjunction of Saturn and Jupiter in Leo, in the fiery trigon —what did it all mean? 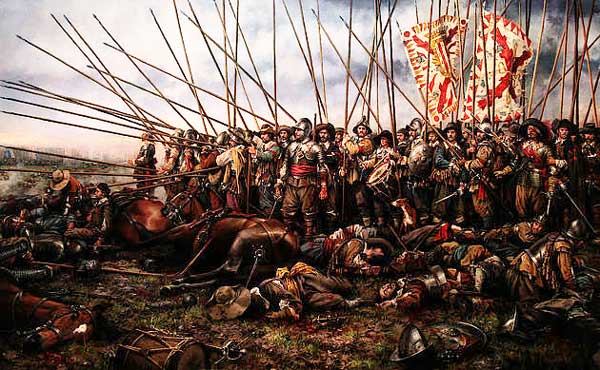 As rebellious Protestants were killed in France. And there was no sign either of the Midnight Lion or of the second Coming to save them. Otherwise calm Paris suddenly became flustered over the imminent appearance of groups of mysterious people. The Brothers of the Rose Cross. Only these were not really people in the ordinary sense at all.

These brothers of the Rose Cross were, when they chose to be, invisible. After leaflets were posted on the recently constructed Pont Neuf (New Bridge) and placards appeared around the city. It was feared that the devilish invisible ones were some kind of Protestant supermen.  Men on a mission impossible: to plot the overthrow of Catholic Europe.

But behind the curtain there was a second and a much older invisible force reappearing on the European stage. Almost as a resurrection or rebirth out of the dark German woods  …