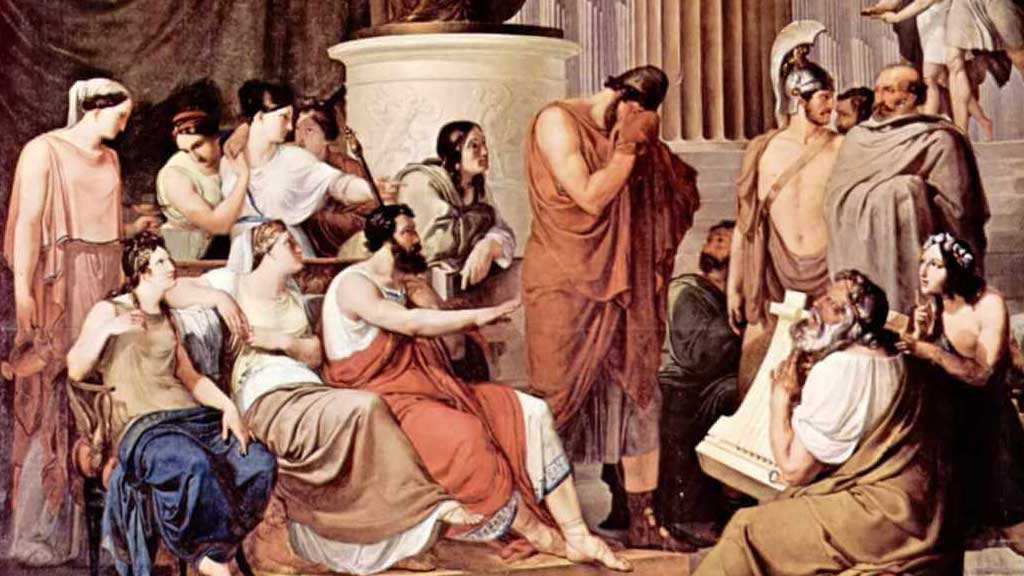 Is truth an illusion?

TIDBITS
The sophists were skeptics who doubted the possibility of attaining true knowledge of anything. They emphasized the practical application of rhetoric in civic and political life. Some claimed that they could teach both a thing and its opposite, simultaneously arguing both thesis and antithesis.

One of the founders of sophism was Gorgias a Sicilian philosopher, orator, and rhetorician who settled in Athens where over his long life of 108 years he made large sums of money from his lecturing. Gorgias loved paradoxes and went to great length to make absurd arguments appear strong. He was not, however, just an entertainer or oratorical trickster. He believed that we can never directly know what truly exists but only know existence through the language that we use to describe it. In his essay On Nature, Gorgias stated his main ideas which were that:

(1) Nothing exists;
(2) If anything does exist it is unknowable; and
(3) If anything can be known it is incommunicable.

The point that Gorgias was making is that people cannot truly understand one another because we perceive the world differently. Since different people have different ideas about the same things there can be no ultimate reality. Gorgias was, in other words, a relativist or phenomenologist who held the view that there is no general truth but only what appears to be true for a single individual. Protagoras, another great sophist, said it this way: “Man is the measure of all things: of things which are, that they are, and of things which are not, that they are not.”

Other philosophers accused the sophists of unsound reasoning and of using false arguments to win their point. Plato regarded them as dishonest. And the term sophistry still connotes fallacious reasoning, but the sophists understood the power of persuasion. Gorgias argued that persuasive words had power equivalent to that of the gods. In the Enconium, his defense of Helen of Troy against the claim that she caused the Trojan War, Gorgias compares the effect of speech on the soul to the bodily effect of drugs.

He says: “Just as different drugs draw forth different humors from the body – some putting a stop to disease, others to life – so too with words: some cause pain, others joy, some strike fear, some stir the audience to boldness, some benumb and bewitch the soul with evil persuasion.” He believed that his “magical incantations” could control powerful emotions and heal the psyche. He paid particular attention to the sounds of words with which, according to one historian, he delivered in a florid, rhyming style that seemed to hypnotize his audiences.