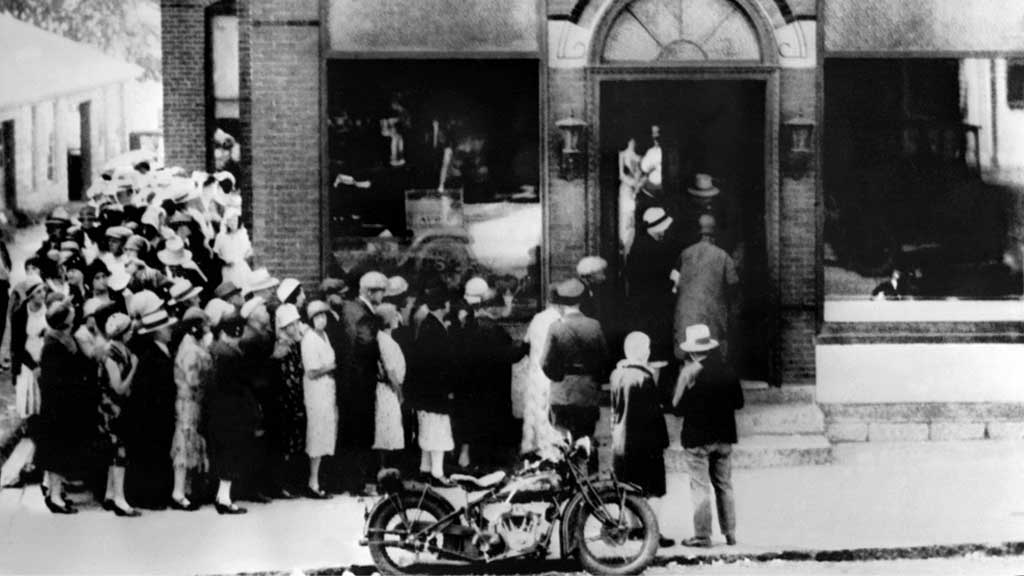 As soon as the huge debt bubble bursts

Since it is quite impossible to understand the history of the twentieth century without some understanding of the role played by money in domestic affairs and in foreign affairs, as well as the role played by bankers in economic life and in political life, we must take a glance at each of these four subjects. – A quote from professor Carroll Quigley,
(Tragedy and Hope: A History of the World In Our Time, p. 54.)

Carroll Quigley wrote a book entitled, Tragedy and Hope: A History of the World in Our Time. It’s a 1311 page book on world history published in 1966. Professor Quigley was an extraordinarily gifted historian and geo-political analyst. The insights and information contained in his massive study open the door to a true understanding of world history.

There really is a “world system of financial control in private hands”. A system that is able to dominate the political system of each country and the economy of the world. An ultra-secret group of the most powerful men on the earth. They now control every major international institution, every major multinational and transnational corporation both public and private, every major domestic and international banking institution, every central bank, every nation-state on earth, the natural resources on every continent and the people around the world through complicated inter-locking networks that resemble giant spider webs.

And nowadays, we can witness that something is going on right under our noses:

Michael Pento, the president of Pento Portfolio Strategies warns that this bubble is set to burst. The result will be a total collapse of financial markets across the world. Central banks have created a huge debt bubble’
http://www.express.co.uk/finance/city/712178/World-set-for-crash-WORSE-than-2008-when-monster-debt-bubble-explodes-warns-investment-ex
The Telegraph shortly titled:

http://www.telegraph.co.uk/business/2016/09/18/bis-flashes-red-alert-for-a-banking-crisis-in-china/
The Bank for International Settlements warned in its quarterly report that China’s “credit to GDP gap” has reached 30.1, the highest to date and in a different league altogether from any other major country tracked by the institution. It is also significantly higher than the scores in East Asia’s speculative boom on 1997 or in the US subprime bubble before the Lehman crisis.
Studies of earlier banking crises around the world over the last sixty years suggest that any score above ten requires careful monitoring.

As posted in previous Tidbits-posts as “Major cover ups” the BIS bank is an immensely powerful international organization that most people have never even heard of secretly controls the money supply of the entire globe.  This Bank for International Settlements is the central bank of central banks. This bank is located in Basel, Switzerland, but it also has branches in Hong Kong and Mexico City.  Essentially it is an unelected, unaccountable central bank of the world that has complete immunity from taxation and from national laws.

How goes that so called Chinese curse? May you live in interesting times