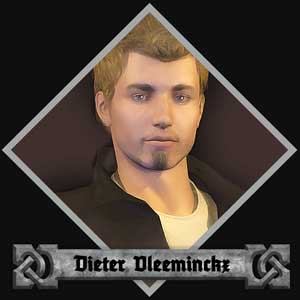 To set the scene, at the start of Maier files series Dieter Vleeminckx was introduced as the main protagonist bringing them to surface: the Maier-diaries and a curious small artifact.

He's sucked into an hidden history of covert wars, political conspiracy, witchery and fraud only with one goal: personal power and dominance! He's accompanied on his journey by his girlfriend; Lena Mueller, as they look to right some serious wrongs. It became a quest of deep search for truth that will result in an awkward self-discovery.