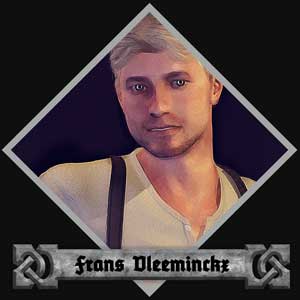 Frans Vleeminckx was born in Ypres, Flanders, he studied physics and mathematics. During the second world war he was a forced labor worker in Germany. He ended up in a secret Harz-base helping Otto Maier on some strange electromagnetic energy tests. He has a much wider influence on the overall narrative within the Maier files series than first thought. His grandson, Dieter is one of the main characters that instigates the Otto Maier search and scavenger hunt.