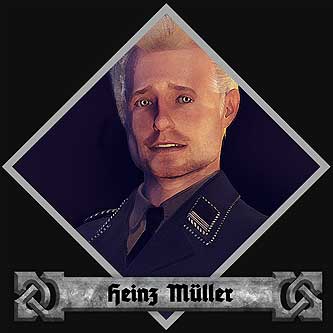 Heinz Mueller was born in Memmingen, kingdom of Bavaria. His parents moved later on to Neustift near Brixen South Tyrol. He is one of the more prominent members within the enigmatic Division Parzival.

Although Dietrich is the commander, Müller considers himself to be the group's leader and through his brave actions at the eastern-front, has earned the trust of Parzival's members.