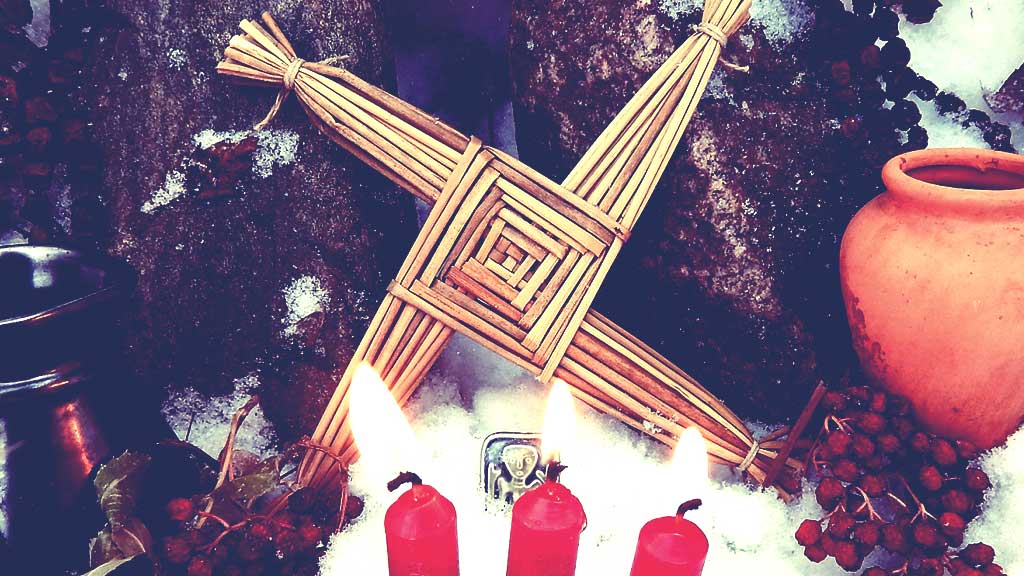 A history of a goddess full of mystery and magic

To fully grasp a Deity, you need to make an effort to understand the heritage and characteristics of the very first people to worship that Deity.

Brigid originated in the pantheon of the Celtic people—the inhabitants of Ireland and the British Isles. Similar to Brigid, the history of these folks is mysterious and multifaceted. You can somewhat decipher what’s going on, but a large amount of the heritage is lost. Mysterious artifacts reveal a little bit in regards to what the ancient Celts were like, but prior to the arrival of Christianity, the Celts left no written records. We are left speculating at exactly what these items meant to the people who used them.

Neighbors of the ancient Celts left the the majority of descriptive accounts, however this is a little troublesome. Many of the history written regarding the ancient Celts was recorded by foreigners or enemies who may well not have had a good comprehension of Celtic tradition or who most likely wrote slanted accounts. Occasionally, Deities and their myths are the best informants concerning the people who worshipped them, and in studying the Deity to understand the people, we discover even more regarding the Deity.

Some marveled at the Celtic society, in which it was claimed no beggars might be found, and adored their generous hospitality to welcoming guests. Various other accounts define the Celts as prudently protective over their lands and tribes, cautious about strangers, unabashedly prepared to shed blood to guard what was theirs. Their religious world was just as passionate, and it was out of this that Brigid’s iron-strong legacy came into this world.

Celtic Deities were literal representations of forces of nature which could be erratic and not always benevolent. Sea Gods might provide food and travelling, but may also flood coastal villages and consume sailors. Sun Gods might nourish crops, but also hide behind a rain bank for several months making the fields get rotten. Celtic Goddesses were typically not benign, loving mother-figures, but violent, voracious, highly sexual, even bloodthirsty.

The ancient Celtic/Germanic world was a massive civilization whose height of power occurred roughly 600 B.C.E. to 400 C.E. in Ireland and the British Isles, as well as what is now Portugal, northern Italy, Spain, France, Germany, southern Poland, and central Turkey. It was a melting-pot culture which originated from tribes that immigrated from extensive regions of the world, intermarrying with pre-Celtic indigenous peoples.

The first European reference to Germani comes from the pen of Poseidonios (135 – 51 BCE). He compares the Germani with the people of Gaul. Poseidonios notes that Germani are similar to the Gauls in nature, social institutions, appearance, customs and life style, only that the Germani are a bit wilder, taller and have fairer hair. Dionysios of Halikarnassos wrote that the land of the Celts is divided in its centre by the Rhine. The western part is called Gaul, the eastern part Germania. Diodorus Siculus informs us that the people on both sides of the Rhine are Galatians (Celts).

But who is Brigid? So much about her remains a mystery. How did a Goddess whose origins lay in the soils and waters of the Celtic world slowly but deftly take hold in so many places, both at the source and thousands of miles away? How did she begin and, perhaps more curiously, what has she become?

At the same time as the Celtic culture grew, it stayed far from homogenized. The various tribes kept their very own local practices, dialects, and traditions, yet there were still numerous similarities. Most practiced animism, a belief that all things contain a aware spirit. Another commonality was a term for a wonderful being: Brig or Brid. One medieval record listed 10 different Brighids, 12 Brígs, and 3 named both. This encouraged researchers, Goddess lovers, and folklorists to believe there once was a great Goddess Brig (later, Brigid). She ruled over all the Celtic world. In reality, Brig’s literal meaning of “the Exalted One” or “The Great Lady”. But also women in positions of power were called Brig, not only female entities. Much like Tacitus identified the Albrunas.

The animist spirit was often female and so the title Brig was often applied to the spirits believed to inhabit sacred places such as wells and blacksmith shops. Practices of great renown such as the Bardic arts were also believed to contain feminine spirits, which influenced their cultivation. The Celts made few—if any—carved images of their Divine. If their Goddess could be seen in the earth they walked upon, was a carved image even necessary? Eventually, Brig would emerge in chiseled stone. Statues of Brig appeared under Roman influence in what is now Britain, where she was called Brigantia. Brigantia’s first images are quite similar to those of the Roman Goddess Minerva (Athena), a Patroness of wisdom, war, and urban living. Like Minerva images, Brigantia was depicted wearing a helmet and carrying a spear. But her trademark image was a jug of water, which Minerva was not seen carrying.

Celtic and/or Germanic spirituality attached the number 3 with all things divine and so Brigid the Goddess began to appear in lore and image in triplicate form. Modern images of Brigid frequently show her as maiden, mother, and crone, associating the 3 sisters with the phases of the moon: waxing, full, and waning, however this is not a proper association.

Brigid has historically been regarded as a solar Deity and as 3 identical women of the same age, sometimes called the Three Brigid Sisters: Woman of Healing (Ban leighis), Woman of Smithwork (Ban goibnechtae), and Woman Poet (Ban fhile). In addition to being the living earth, Brigid was also viewed as the living personification of spring. Scottish folklore tells us that Brigid was imprisoned in the Ben Nevis mountain by the Calleach, the Winter Hag, each year when winter set in and then released in early spring. In other depictions, Brigid and the Calleach were the same Goddess with two faces …