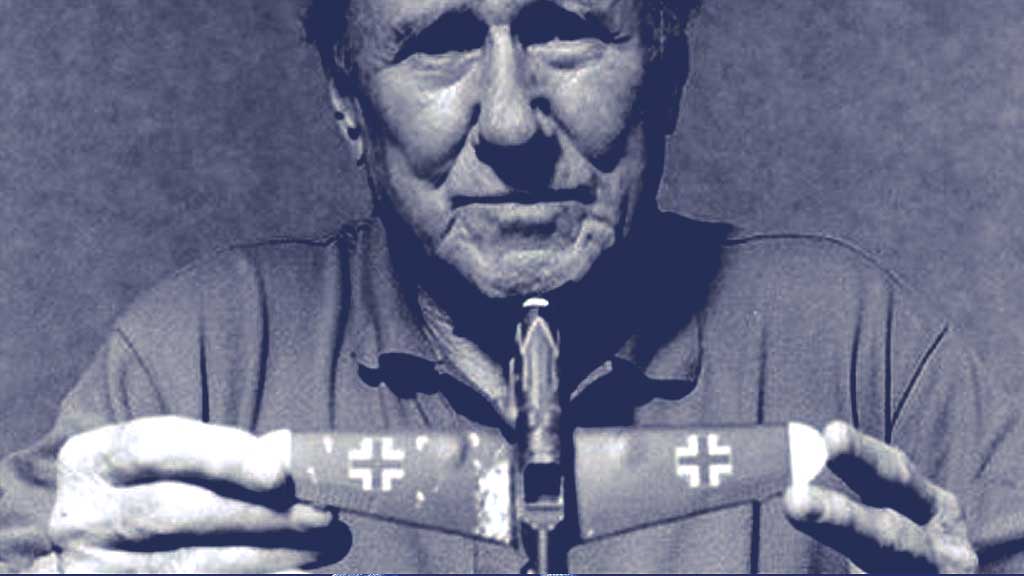 Mein Flugbuch are the memoirs of the third highest-scoring fighter ace in history, Günther Rall.
Memoirs  are considerably more than recollections put to paper. What’s more, they are more than journalistically composed genuine stories. Memoirs are comprised of two important elements: scene (the story) and reflection. Without reflection, you don’t have a “memoir” — you have an arrangement of vignettes that decribes occasions, but does not permeate the occasions with significance and relevance.

Significance and relevance originate from reflection. A deeper form of reflection, however, is informed by research. And by “research,” I mean any form of inquiry that helps you increase your understanding of what happened.

Günther Rall, a veteran of the Eastern Front, was moved west in 1944 to confront Anglo-American airpower.

On 12 May, a flight of three allies fighterplanes jumped his Me109 as he flew a patrol over the homeland. In a stunning presentation of aerobatics, he shot down two of the three attacking airplanes, including the ace leader of the U.S. 56th Fighter Group, Zemke, yet when more fighterplanes  showed up, he found himself  up in the battle of his life.

After he lost his thumb by a bullet impact, Rall unfastened his seat belt and jumped. He never returned to battle again. The German high command was frightful that his death in fight would have a debilitatingly effect on morale.

In February 1945, months before the end of the war, he took command of another fighter squad, however he spent the greater part of his energy in the attempt to spare his pilots from unnecessary operations. In spite of his nonappearance on the aerial battleground for almost a year, he finished the war as the No. 3 Ace in the Luftwaffe, with 275 enemy planes brought down in combat.
He served with the post-war “Luftwaffe der Bundeswehr”, in the long run achieving the rank of general. He passed on 4 October 2009.