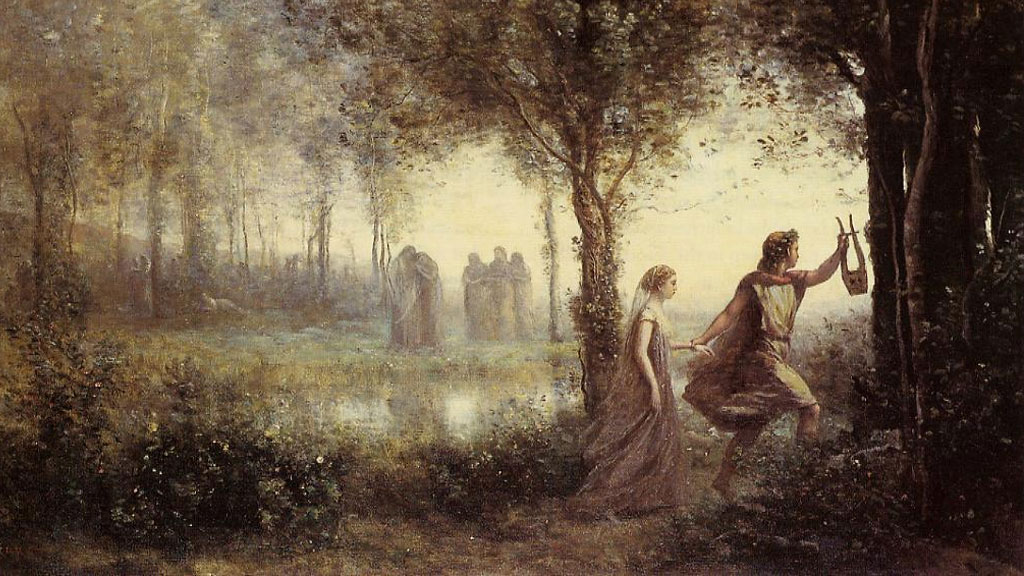 What poets used to know – the sacred art

Poetry, in our time, is not only a misunderstood art, but one that has been subject to a systematic program of denaturing and falsification, at the hands of those Andrew Harvey has characterized as “official tastemakers who have outlawed the sublime, and… a contemporary poetry world addicted to cheap irony, unearned despair, bizarre pastiche, narcissistic confessionalism, and blindingly boring baroque word games”

In earlier ages, among many peoples, poets were the repositories of the total knowledge of their nation or tribe. The poet was the priest/shaman who acted as pontifex (“bridge-builder”) between the divine and human worlds.

Orpheus, for example, the primordial poet of the Greeks, had the function of mediating between the celestial gods of the Apollonian order and the cththonic  (subterranean) deities of the Dionysian one; in this he resembled Hermes, the god of language, the premier psychopomp.

For poets to claim such a role in our own times, however, is problematical—and the fact is that such claims are most often made by poets who have failed in their art.

Not only has the outlook of the human collective become secular to the point where such pretensions are considered implausible (if not evidence of mental illness); even in the sacred dimension the function of the poet has long been superseded by that of the prophet, the priest and the mystic. God may still inspire poets, but He no longer chooses to employ them as the central interpreters of His Will among men.

If the sleep of reason begets monsters, the sleep of symbolic consciousness begets super-monsters, like the “shadow-walkers” Grendel and his Mother in the Old English epic Beowulf—the dark beasts of false psychology, false philosophy and false religion: but wherever true knowledge is cultivated, such darkness cannot enter.

In specifically poetic terms, these ogres may be taken to represent the dangerous chaos of the poet’s own unformed material, bristling and seething with potential deception as well as hidden truth. These are the adversaries he or she must pacify, by the power of the poetic craft and the grace of God.

Once upon a time, poetry was a sacred art. It was immensely more “liturgical” than we can easily imagine nowadays, and dedicated to a double purpose: Memory and Theurgy.

As Memory (the Muses being “the daughters of Memory”) it carried not only the chronicles and legends of the great deeds of the kings and heroes of former ages, but also the history of the creation of the universe, its unfolding from the Night of the Unseen—its history, and therefore its structure, since the “history” of universal manifestation is that of a descent along the Great Chain of Being.

The story of the “motion” from Eternity to Time—just as the apocatastasis, the restoration of all things in God, is the story of the re-ascent of that same Chain. (This is why, for example, we call our ancestors “Grandfather, Great-Grandfather” etc.: in traditional cultures, earlier times were considered to reside on an ontologically higher plane than later ones; whatever preceded us in time was seen as having precedence over us in being.)

Any competent poet would carry with him a vast body of lore, representing the whole spiritual inheritance and much of the technical inheritance of his entire culture, stored in his naked memory.

Poetry used to be a sacred art; but when a sacred art degenerates, it begets monsters. That’s why it is probably safer to practice the art of poetry without any spiritual pretensions. But I did not avail myself of that precaution; consequently I was forced to process the toxic psychic residues of forms of the Sacred based on archaic revelations whose informing spiritual essences had long since departed from this earth.

René Guénon, in The Reign of Quantity and the Signs of the Times, wrote that “persistent psychic influences, when deprived of the ‘spirit’ which formerly directed them, are reduced to a sort of ‘larval’ state, and can easily by themselves react to a particular provocation, however involuntary it may be… the influences in question can be quite pernicious enough, even when they are simply left to themselves.”

Central to the traditional practice of poetry in the west is the concept of the poet’s “muse.” This presupposes a male poet who draws his inspiration from a subtle feminine presence, somewhat on the order of a Tibetan yogi’s dakini; some of the troubadours, for example—like Dante—composed their songs and poems in honor of the Virgin Mary—at least after the Albigensian Crusade “re-Catholi-cized” Southern France. As is well known, the Greeks had nine muses, of which three—Calliope (epic poetry), Erato (love poetry) and Euterpe (music and lyric poetry)—relate to the art of poetry as we understand it.

And given that the archaic Great Goddess overshadowed the entire Celtic world, it is clear that the Bards composed and sang by Her power and for Her ears before all others (a theme echoed in the traditional Scottish ballad “Thomas Rymer”)—perhaps in Her aspect as Brigit, Goddess of Eloquence, Mother of the High God Ogma Sun-face—Brigit being analogous to the Hindu Sarasvati, patroness of knowledge, culture and the arts, Shakti to Brahma the Creator: the Goddess of Creativity.

For the lyric poet, the arrival of the Muse or Goddess produces a peculiar psychophysical reaction, a spontaneous and uncontrollable hyperventilation designed to raise his subtle nervous system to the vibrational pitch where the words of his Muse may be heard and understood—inspiration precisely: the poet’s Muse breathes his poem into him.

In the context of a living religion that allows for poetic inspiration and understands it, the poet’s relation to his Muse is a conscious craft, hedged about with many traditional safeguards. 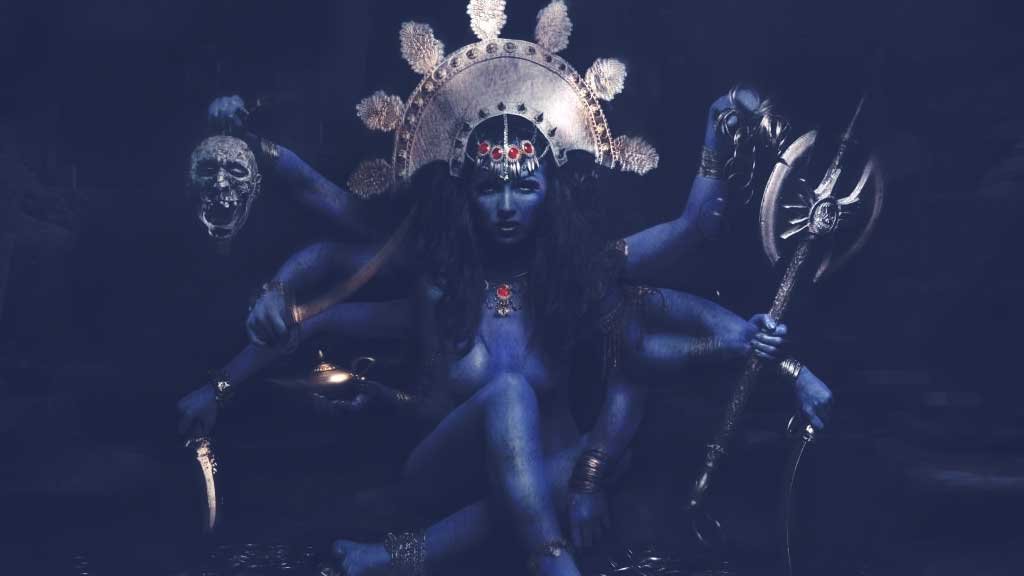 In our time, however, the realm of poetic inspiration has fallen into the underworld of the “collective unconscious” where those safeguards are no longer available; consequently Brigit or Sarasvati has been transformed into Kali. In other words, to the degree that clear spiritual knowledge, emanating from the pneumatic plane, has become delusive spiritual glamour, residing on the psychic plane, the poet’s Muse must increasingly appear in the guise of the Goddess of Death.

The power of illusion

The poet susceptible to infernal glamours is under the power of illusion—the central core of that illusion being his own poetic ego—and the function of the Goddess Kali is precisely to destroy illusion; this is why so many poets, who have been left with nothing to worship in modern secular society but their own egos, are led to self-destruction: alcoholism, drug-addiction, suicide.

Delve deeper with this excellent read: