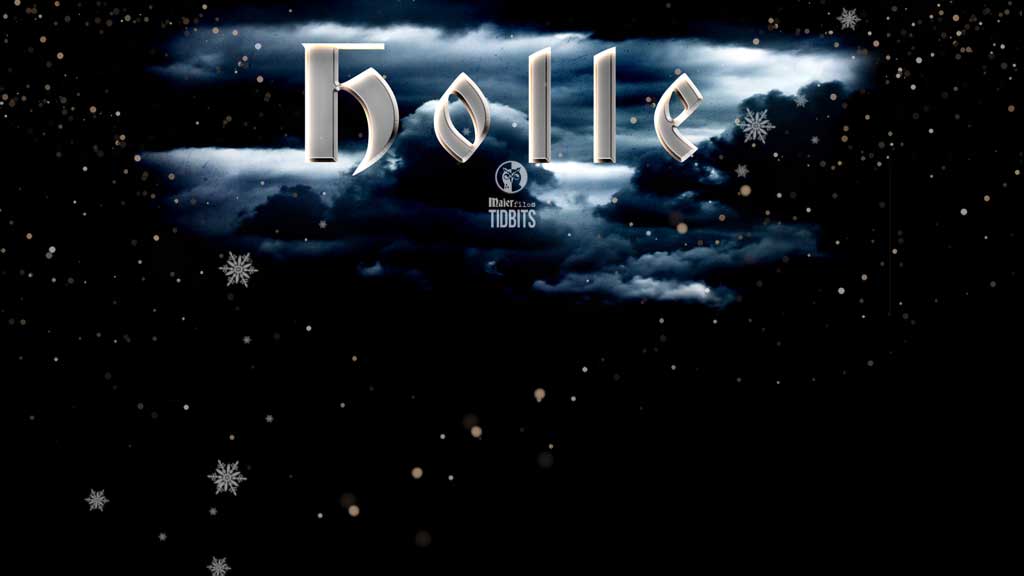 Holle the goddesses and Yule. Frau Holle is connected to springs, wells and lakes, where she lives in a land on the bottom of the water. She is also connected with the fog. Holle can be seen as a bright shape drifting in the fog, and her fog maidens are “die Hollen”, who move over the land to come to the aid of women and children.

Yule is a twelve day holiday, it begins on Mōdraniht “Mothers Night” (December 21st) and ends 12 days later. Mothers Night was the sign to the forebears to start the 12 day celebration that honors the Triple Goddess and the rebirth of the Godman in the form of the Sun.

During the twelve days of Yule, Holle rides across the sky and drives her wagon over the land. She visits houses, and when spinning has been completed and the houses are clean, she is pleased and gives a blessing to the house. In this period of the year it is as if time stands still and no turning of the spinning wheel is allowed. The twelfth Night is most strongly associated with her. In ancient times a meal of oat cakes and usually pickled herring is eaten, and an extra plate is left out as an offering for her. Another custom at the beginning of Yule is to shake your apple tree and call out: “Bäumchen, wach auf, Frau Holle kommt!”  It will bear more fruit the next year. 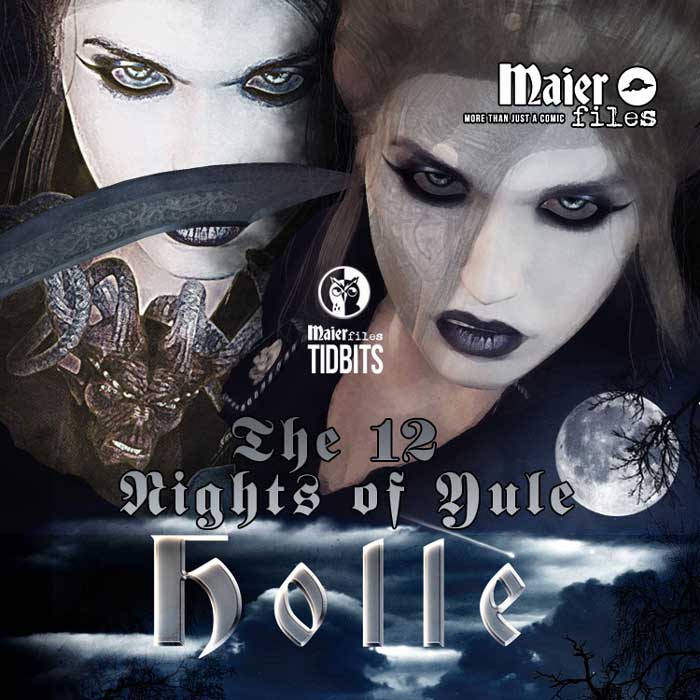 The elder tree is sacred to Holle, and an Elder outside the door of the farmhouse was thought to protect and bring good luck to a farm. In Austria, Bavaria and Switzerland, the goddess Perchta has many of the same characteristics as Holle further North. Perchta is also connected with the Wild Hunt, Twelfth Night and spinning. The same as the Dutch goddess Nehelennia. In the Norse folktale the Sturlunga Saga, we find Hulda for a giantess. Further in the Ynglinga Saga, Snorri Sturluson wrote about Huldr who is a Völva, a Norse Witch.

All of the free Norse and Germanic women were supposed to be experienced in magic, however some women much more than others.

The majority of the Germanic tribes, along with the Vikings, cultivated units of wise women, witches or priestesses who frequently stayed unmarried (although not always in celibacy), and who could, it seems to be, traveling on their own wherever they fancied without fear. A woman who wore the wand of the witch would never be molested or harmed.

They were associated with the fate goddesses which therefore wielded supreme powers. It was an age and epoch when witches were honored and adored and wanted as wise ladies, healers, prophets, oracles, shamans and priestesses.

Sagas prove that when a witch came to visit, the lord and lady of the house would certainly hand over the high seat to her, an exceptionally strong way of showing that the witch owned the higher authority.

There’s also a 14th century saga about a magical woman called Hulda, a beloved of Odinn and mother of Þorgerðr Hölgabrúðr and Irpa. Furthermore folk tales in Sweden, Denmark and Norway speak of Hulla, Huldre or Huldra who was an exceptional mountain or wood wife. Remarkable in Iceland wights and dwarfs are called Huldrufolk. “Holda” is likely to be a title, as both “Holde” and “Unholde” were used in the middle high German language as generic terms for, respectively, well- and malevolent and dangerous spirits.

In the German folklore another side of the goddess survived: her place in the Wild Hunt. The Hunt, Wuotis Heer (“Wuodan’s Army”) is not only led by Wodan, Wotan or Wod , but by Holda, Perchte or Frau Gode (also known as Wodan’s wife).

Joulupukki appears in Finland. He ressembles Woden of norse mythology, wearing tight red leather pants and a tight fur trimmed red leather coat. On the Winter Solstice, going by the names of Jólnir and Langbarðr (long-beard), Wōden leads the Wild Hunt accompanied by Thor who drives his flying wagon drawn by goat bucks.

The Joulupukki is a man who turns into a goat-man on Christmas Eve. There persists today in some parts of Finland the custom of persons dressing in goat costume to perform in return for leftover food after Christmas. Historically, such a person was an older man, and the tradition refers to him as a nuuttipukki.

We arrived in a true magical time, aren’t we?