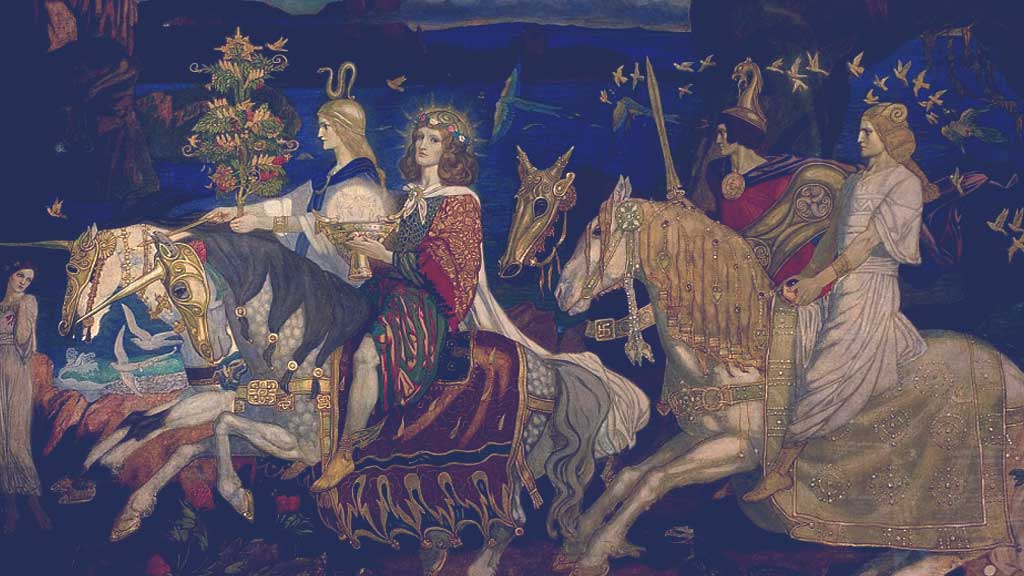 And the Hyperborean link 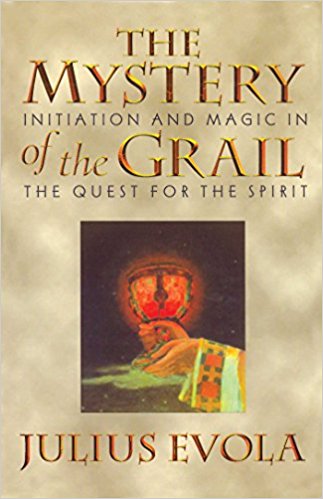 The Mystery of the Grail: Initiation and Magic in the Quest for the Spirit
Amazon

For those of you who are reading the Maier files series probably already recognized the Hyperborean thread or layer and the Grail’s link with Ireland and Scotland throughout the story. Now, the legendary history of Ireland draws on the events of races that later on invaded it and also dominated it, originating from a puzzling Northern-Atlantic center, to which they occasionally returned.

The Historia Britorum frequently gives to this center the name Hiberia, however in reality this kind of a term is merely an imaginative rendering of the Irish titles Magh-Mo, Tragh-Mor, or Magh-Mell, designating the “Land of the Dead,” that is to say, the primordial Northern-Atlantic center.

There are various tales surrounding these kinds of races: they were in constant conflict with the Fomors, giants or perhaps dark and outrageous beings who, in the Christianized aspects of the saga, were essentially compared to the antediluvian giants or even savage beings descending from Shem and from Cain. These Fomors are the same as the “elemental natures” or giants who were the mortal foes of the Aesir, the “divine heroes” in the Nordic tradition of the Edda.

In any event, the Fomors, in their essential aspect as an obscure and telluric race, are defeated by  an initial nucleus of civilizers who moved to Ireland from the Atlantic region and from the race of Partholan. Eventually this race became extinct and was followed by a second folk with identical roots, the race of Neimheidh.

A symbolic episode within the age of Neimheidh recalls a counterpart in the Edda. In the Edda, the Aesir, or “divine heroes;’ consider using the elemental beings to have them restore the fortress of the central region, Midgard’s Asgard. As compensation for such a task, the giants expect the divine lady Freya, as well as the moon along with the sun. As soon as they are turned down, a struggle ensues, which culminates in the devastating “twilight of the gods:’ In the same way, in the Irish cycle, Neimheidh makes use of the Fomors to construct a fortress, but then, fearing that they could occupy it, he exterminates them.

This is to no avail, due to the fact that the descendants of Neimheidh become subjected to the Fomors, who reside in the Tor-Inis, a fortress in an island situated northwest of Ireland. In this place, during an attempted rebellion, Neimheidh’s descendants are massacred, just as in the saga of the Edda the battle against elemental forces comes to an end at first in a triumph over of the Aesir.

In both cases, we most likely have the figuration of the arrival of a “titanic” cycle on the ruins of a civilization that is directly derived from the primordial one. At this point of the unfolding of the Irish legend, an attempt at heroic restoration occurs. It is the cycle of the Tuatha de Danaan, a name that means “the people of the goddess Anu or Dana.”

This race, on the one hand, is believed to have arrived at Ireland from “heaven” -hence, in accordance with the Leabhar na h-uidhre (Book of the dun cow), “their wisdom and sublimity of their knowledge.” On the other hand, they are presumed to have obtained a supernatural knowledge in the Hyperborean region, you can read in the Battle of the Magh-Tured.

Both of these versions do not contradict one another, but instead shed light on each other, owing both to the more-than-human character of the primordial center, and to the fact that, according to the legend, the race of the Tuatha comes from surviving members of the Neimheidh race. These survivors allegedly traveled to the Hyperborean or Western-Atlantic land in an effort to gain supernatural knowledge, which explains a connection with particular mystical items or objects, more on which in another post.

Since the race of Neimheidh was the “heavenly” and “ancient” race that was swept away by a titanic cycle, the overall meaning is probably that this was a reintegrating contact with the original spiritual center (a center that is both heavenly and, in the geographic transposition of the memory, Hyperborean or Western-Atlantic).

This contact reanimates and facilitates a heroic type to the new stock, the Tuatha de Danaan, who ultimately defeat the Fomors and comparable races (the Firbolgs) and conquer Ireland. To this we may well relate the tradition referred by Plutarch, according to whom in the Boreal land Heracles’ stock (the heroic cycle) allegedly mixed with that of Kronos (primordial cycle), leading to a civilization “similar to the Hellenic one” (the Olympian-heroic civilization of which Heracles was the symbol): “Thus Heracles is assigned the highest honor, and after him, Kronos”.

The leader of the Tuatha, Ogme, is a “solar” figure (Grian Ainech), endowed with qualities much like those of the Doric Heracles. Ogme eventually conquers the sword of the king of the Fomors. However, the rule of the Tuatha also ended. The Leabhar gabhala (Book of invasions) speaks about the dawn in Ireland of a new race, that of the “sons of Mileadh;’ whose physiognomy is not clear.

In Celtic traditions, images of the Atlantic “island” of Avalon continued to be applied to it. Such an island was primarily conceived, in later times, as a location inhabited by women who attract heroes there to make them immortal. The name Avalon was explained on the basis of the Cymric term afal, meaning “apple,” or “Island of Apples”. At the same time, Avalon, the “White Island:’ has also the value of a “polar” and “solar” island.

Avalon, according to another possible etymology, is none other than the island of Apollo, the Greek god who was called by the Celts Ablun or Belen; thus this island represents the solar land and the Hyperborean region, since Apollo had also been considered a solar king of the Golden Age and of the Hyperborean region. One of the figurations of the land is the so-called ten-magh-trogaigi, which includes the following symbols characteristic of the central seat: regal women; the silver tree with the sun at the top; the tree of victory; a fountain; a bowl containing a beverage that never runs out. All of these symbols will appear again in the knightly sagas …

From Ritual to Romance

The text known as the Battle of Magh-Tured (sections 3-6) relates that the Tuatha brought with them from the Northern-Atlantic /  Hyperborean seat four objects that were strictly related to the teaching they received there: a stone, a spear, a sword, and a bowl. The stone is the “fatidic stone” or “royal stone:’ so called because, acting as a sort of oracle, it allows one to recognize the legitimate king among various pretenders to the throne.

The spear is the spear of Lug, the god of thunder, of which it is said that “never was a battle lost by him who brandished it:’ The sword is the invincible anti inexorable sword of Nuadu. Finally, the bowl of Dagde is able to magically satiate with its contents any number of warriors. These objects of the Tuatha will reappear in corresponding objects of the Grail cycle, just as the Grail’s seat will be shown to be in close relation to the very island of Avalon, or “White Island”.

The golden age of Hyperborea

src. The Mystery of the Grail – Julius Evola
http://amzn.to/2gLSxUl