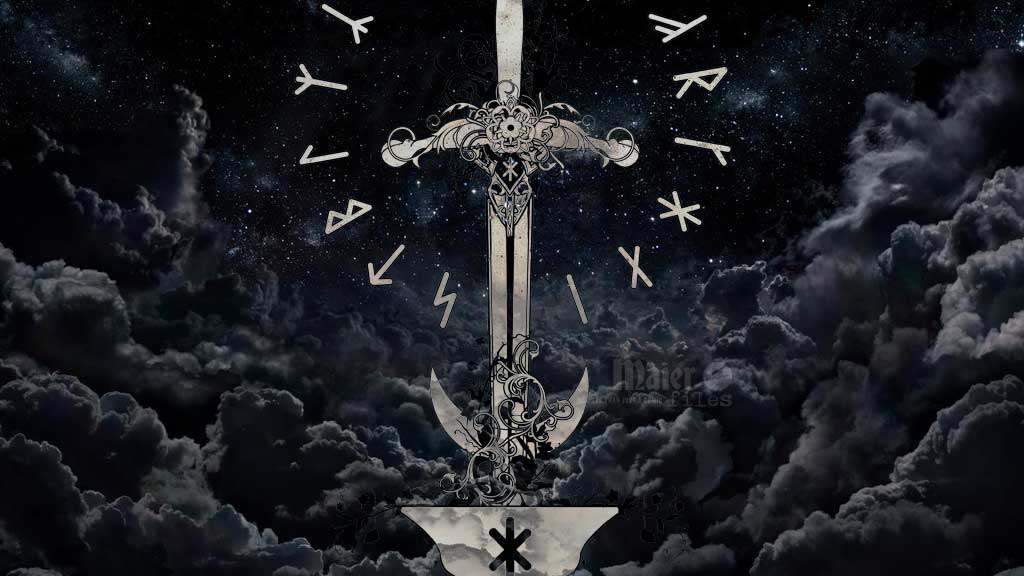 The Chalice and the Roses

Warning: Major spoilers ahead for “Maier files”
Somewhere in central Europe dwells a very ancient society known by its Gothic name: Gards Aúirkeis, or the house of the Chalice.  Some claim that its members protect an ancient knowledge and they have access to the wisdom of a lost civilization, others claim they form an ancient witch coven with roots going back in time as over 2000 years to the ancient Goths and even far beyond that. But no-one knows who they are or where they meet.

Anyhow, in case you’re reading the Maier files series it’s quite obvious that you’ll link this together with the organisation of the mysterious Lady Gudrun. Through the entire series there are moments, certainly, in which we drop breadcrumbs. As the story develops, it will also become clear that the Rosegarden theme is an important part of the Otto Maier riddle and maybe one of the most important keys to unravel the hidden message and the explanation of the Otto Maier enigma and his disappearance.

One of the regions which backstory is important in upcoming Episodes is the region of the ancient city of Worms. The city of Worms is best known in Germany for the place where the 1521 Diet of Worms took place, at which Martin Luther was summoned to appear before the Holy Roman Emperor Charles V to recant or to defend his these. It’s also known as the backdrop of the epic saga Das Nibelungenlied.

There’s a mountain called, Donnersberg situates far off to the west. This mountain once consecrated to the ancient god Donar-Thorr. To the east situates the splendid chain of Odenwald, which would simply have been ‘Odin’s Forest’.

Lorsch lies between Odenwald and the river Rhine. A small district famous for the ruins of its monastery. Today, a monument stands there in honour of the dead of World War I. The Hessian Mountain Road is also a famous region for wine and is the smallest of the German wine areas. Here one can find the fortified castles above Auerbach, Heppenheim and Weinheim. There somewhere in between the village where Hagen once killed the hero Siegfried needs to be found too.

Wenn ihr den Brunnen suchet, wo Siegfried ward erschlagen,  Sollt ihr die rechte Kunde mich auch noch hören sagen:  Dort vor dem Odenwalde liegt ein Dorf Odenhain:  Es fließet noch der Brunnen – darüber kann kein Zweifel sein. (Song of the Nibelungen)
If you seek the spring near which Siegfried was assassinated  Let me give you precise instructions:  At the foot of Odenwald is a village called Odenhain.  Even today the spring flows there — You may be assured of this.

Lady Kriemhilde —  Such was her will —  Buried the noble Siegfried a second time  At Lörse,  near the monastery, with much magnificence and  honours:  It is there that lies the hero so hardy and majestic in a great  coffin.

It might be that this Rose Garden, of which the popular thirteenth century epic, The Great Rose Garden, speaks was located at Lorsch — which used to bear the name Laurisham —, a King Gibich of Worms owned a superb and enchanting terrestrial paradise, known as the Rose Garden, a mile long and a half-mile wide. 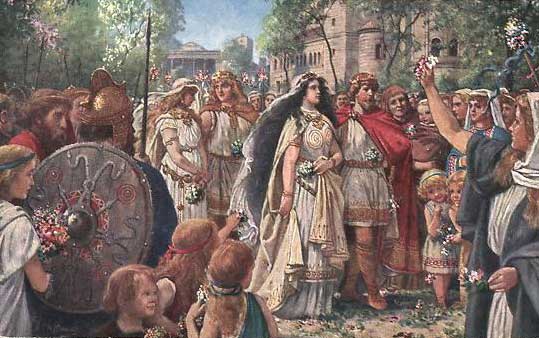 Like Laurin’s Tyrolean garden, it was fenced in by a silk thread. And it was guarded by twelve Rhineland heroes, one of whom was called Siegfried. Kriemhilde, Gibich’s daughter and Siegfried’s fiancée, had heard so many marvellous tales of Dietrich of Bern that she invited him to visit her Rhineland country with eleven companions, to confront her heroes.

The victor would be recompensed with a crown of roses and a kiss. Dietrich accepted the challenge.  Eleven Berneans were victorious. So Dietrich then confronted Siegfried. But Dietrich’s sword blows slid off his adversary’s skin, which was as hard as horn. At this point, the Bernean began to fulminate with rage, flames left his mouth as if he were the Devil.

Siegfried prostrated himself beaten in Kriemhilde’s arms. She hastily covered him with a protecting veil. Dietrich and his heroes received the crown of roses and the kiss that was their due.

This is what a priest from the village of Elysacia (now Elz) did in his diocese of Trêves, in the thirteenth century, during the epoch when Cäsarius von Heisterbach was writing his Chronicles: during a ball, this priest had won a crown of roses and had hung it in front of his house, “so that people could come and enjoy themselves and dance”. 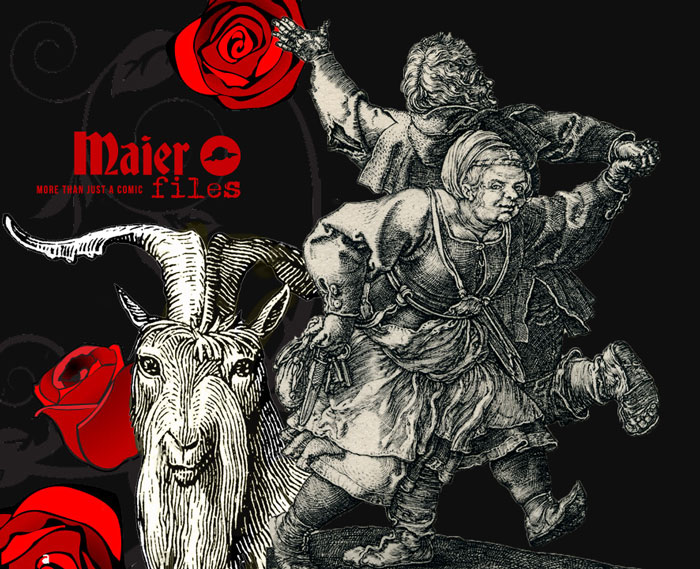 One day, he was sitting in an inn, with a bottle of wine. Suddenly a terrible storm broke. He hurried to the church with his sacristan, who had also drunk his pitcher, to ring the bells.

As they arrived, lightning threw both of them to the ground, the priest on top of the sacristan. The sacristan stood up unharmed, but the priest was dead. According to the chronicler, Heaven had punished him with death, as he had taken part in the dance at the ball and had hung up his rose crown.

Often, in the place of a rose crown, one offered a ram or a billy goat. One day, at Hertene (now Kirchherten, in Lower Rhineland), Cäsarius again recounts, a ram adorned with silk ribbons had been solemnly exposed and a town crier had invited the town dwellers to dance.

The best dancer would win the ram. At the first musical notes, the dance began. But, there again, a violent storm broke above Hertene. Which broke up the celebration.

— Another chronicler of the thirteenth century, Bishop Oliver von Paderborn, reported that similar dancers had bowed down before the ram. No doubt that clerical authorities must have seen this as a heretic act. Because other writings refer to “the worship of a billy goat” as one of the pagan capital sins. In ancient pagan times people consecrated the billy goat and the rose to the god Thor, Donar.

One can ask himself  if Thor is not the brother of Laurin, this king of dwarves who fenced in his Tyrolean rose garden with a silk thread so that no unworthy person might gain entry. Is Thor Laurin’s brother, he who “lives in Teuton country”? He who grants a thousand years of life to those who come to find him? Those who followed a clearly traced route and who were ready to seal themselves in a mountain of fire? 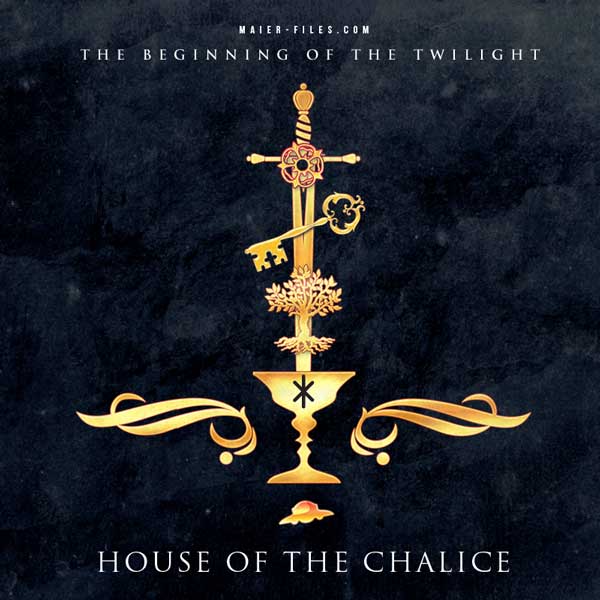 According to Wolfram von Eschenbach, Laurin said to the king, Dietrich of Bern, “You still have fifty years to live. And you may  wish to become an even more powerful hero, death will end by seizing you. All you have to do is chose a mountain, whose interior is made of flames. People will think that you have left to be consumed in a great inferno. While in truth you will be as the terrestrial divinities!”

The old name for Lorsch is Laurisham. Laurin was perhaps also the guardian of a rose garden here? The Lorsch monastery can be found on a dune. To read Wolfram von Eschenbach, it would have been very likely that the Romans — read: Papists — had had it in “for this mountain” and that they had therefore erected the monastery on the site of the Rose Garden…