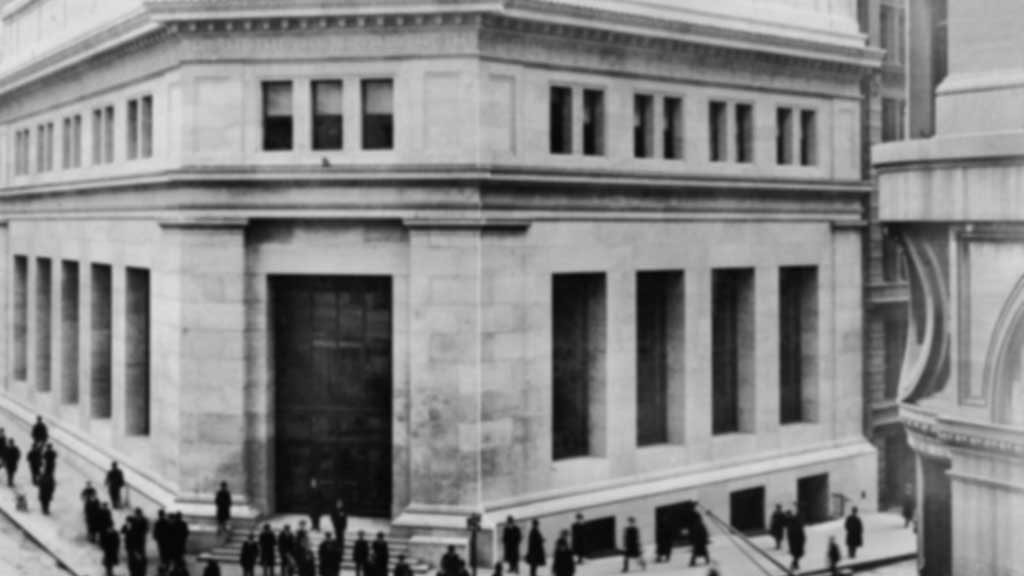 The House of Morgan

The rise, fall, and resurrection of an American banking empire 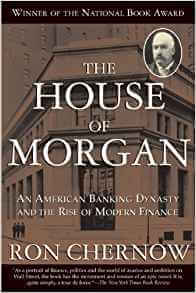 “The House of Morgan” is about the rise, fall, and resurrection of an American banking empire—the House of Morgan. Perhaps no other institution has been so encrusted with legend, so ripe with mystery, or exposed to such bitter polemics. Until 1989, J. P. Morgan and Company solemnly presided over American finance from the “Corner” of Broad and Wall. Flanked by the New York Stock Exchange and Federal Hall, the short building at 23 Wall Street, with its unmarked, catercorner entrance, exhibited a patrician aloofness. Much of the story revolves around this chiseled marble building and the presidents and prime ministers, moguls and millionaires who marched up its steps.

With the records now available, we can follow them inside the world’s most secretive bank. The old pre-1935 House of Morgan was probably the most formidable financial combine in history. Started by an American banker, George Peabody, in London in 1838, it was inherited by the Morgan family and transplanted to New York to famous effect. In the popular mind, the two most familiar Morgans—J. P. Morgan, Sr. (1837-1913), and J. P. Morgan, Jr. (1867-1943)—are rolled into a composite beast, J. P. Morgan, that somehow endured for more than a century.

Their striking physical resemblance—the bald pate, the bulbous nose, the pear-shaped frame— has only fed confusion. For admirers, these two J. P. Morgans typified the sound, old-fashioned banker whose word was his bond and who sealed his deals with a handshake. Detractors saw them as hypocritical tyrants who bullied companies, conspired with foreign powers, and coaxed America into war for profit.

Nobody was ever neutral about the Morgans. Before the Depression, 23 Wall was headquarters of an empire with several foreign outposts. Seated behind rolltop desks on the Broad Street side, the New York partners were allied with three other partnerships— Morgan Grenfell in London, Morgan et Compagnie in Paris, and Drexel and Company, the so-called Philadelphia branch of J. P. Morgan.

Of these, Morgan Grenfell was easily the most powerful, forming the central London-New York axis of the Morgan empire. It was a transatlantic post office for British and American state secrets. Before the New Deal, the term “House of Morgan” applied either to J. P. Morgan and Company in New York or, more broadly, to the whole shadowy web of partnerships. The old House of Morgan spawned a thousand conspiracy theories. As the most mandarin of banks, it catered to many prominent families, including the Astors, Guggenheims, du Ponts, and Vanderbilts. It shunned dealings with lesser mortals, thus breeding popular suspicion. Since it financed many industrial giants, including U.S. Steel, General Electric, General Motors, Du Pont, and American Telephone and Telegraph, it entered into their councils and aroused fear of undue banker power.

The early House of Morgan

The early House of Morgan was something of a cross between a central bank and a private bank. It stopped panics, saved the gold standard, rescued New York City three times, and arbitrated financial disputes. If its concerns transcended an exclusive desire for profit, it also had a peculiar knack for making good works pay. What gave the House of Morgan its tantalizing mystery was its government links.

Much like the old Rothschilds and Barings, it seemed insinuated into the power structure of many countries, especially the United States, England, and France, and, to a lesser degree, Italy, Belgium, and Japan. As an instrument of U.S. power abroad, its actions were often endowed with broad significance in terms of foreign policy. At a time when a parochial America looked inward, the bank’s ties abroad, especially those with the British Crown, gave it an ambiguous character and raised questions about its national loyalties.

The old Morgan partners were financial ambassadors whose daily business was often closely intertwined with affairs of state. Even today, J. P. Morgan and Company is probably closer to the world’s central banks than any other bank. This empire was shattered by the Glass-Steagall Act of 1933, which erected a high wall between commercial banking (making loans and accepting deposits) and investment banking (issuing stocks and bonds).

In 1935, J. P. Morgan and Company chose to remain a commercial bank and spun off Morgan Stanley, an investment house. Seeded with J. P. Morgan capital and personnel, Morgan Stanley for decades clearly exhibited common ancestry with its Morgan brother down the block. While people know the Morgan houses by name, they are often mystified by their business. They practice a brand of banking that has little resemblance to standard retail banking. These banks have no teller cages, issue no consumer loans, and grant no mortgages. Rather, they perpetuate an ancient European tradition of wholesale banking, serving governments, large corporations, and rich individuals.

As practitioners of high finance, they cultivate a discreet style. They avoid branches, seldom hang out signposts, and (until recently) wouldn’t advertise. Their strategy was to make clients feel accepted into a private club, as if a Morgan account were a membership card to the aristocracy.

Kim Philby, a spy among friends

The Morgan bank is the foremost repository of old American money. While private accounts give Morgan its glamorous cachet, they generate only a small fraction of the profits. The bank concentrates on blue-chip corporations and governments, organizing large credits and securities issues and trading foreign exchange and other instruments.

Once nicknamed the house of Blood, Brains, and Money, Morgan Stanley fussily demanded exclusive relations with companies. If clients dared to consult another house, they were advised to look elsewhere for a banker. Wall Street grumbled about these “golden handcuffs,” but neither it nor the Justice Department could ever break the shackles; far from feeling imprisoned, companies craved this association with the Morgan mystique and gloried in their servitude.

In floating stocks or bonds, Morgan Stanley insisted on being sole manager, its name engraved in solitary splendor atop the “tombstone ads” that announce offerings. This pomposity was clever advertising, helping to make Morgan Stanley the “Rolls Royce of investment bankers.” Today Morgan Stanley occupies sixteen floors of the Exxon Building in New York City. Its odyssey from a small, genteel underwriting house to a razzle-dazzle financial conglomerate traces the rise of modern Wall Street itself.

This book’s thesis is that there will never be another bank as powerful, mysterious, or opulent as the old House of Morgan. What the Rothschilds represented in the nineteenth century and the Morgans in the twentieth won’t be replicated by any firm in the next century. The banker no longer enjoys a monopoly on large pools of money. As world finance has matured, power has become dispersed among many institutions and financial centers. So the story looks back at a banking world fast vanishing from sight—one of vast estates, art collections, and oceangoing yachts, of bankers who hobnobbed with heads of state and fancied themselves ersatz royalty. Contrary to the usual law of perspective, the Morgans seem to grow larger as they recede in time. A good read!

Get the book at Amazon