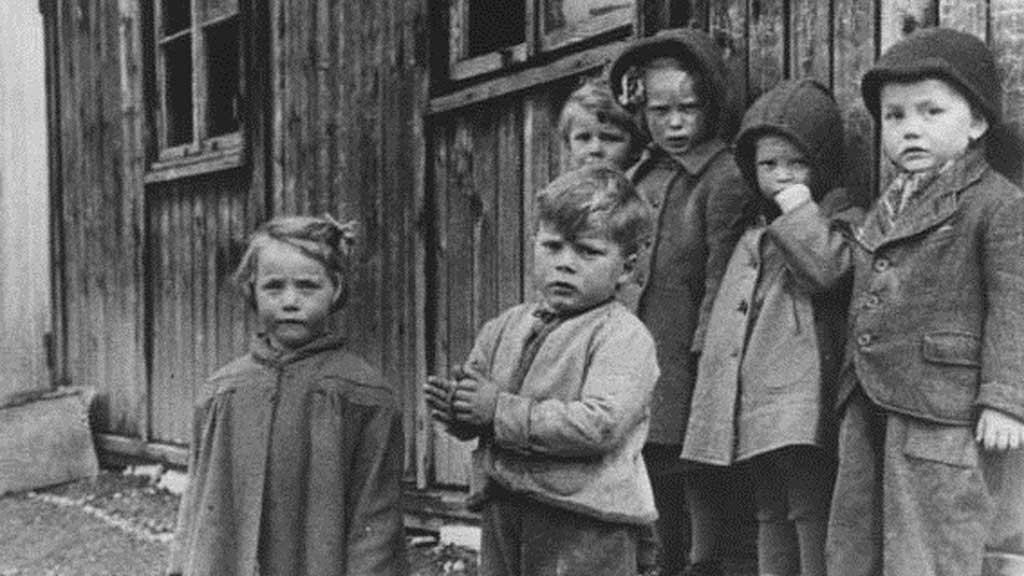 The expulsion of the Germans after the Second World War 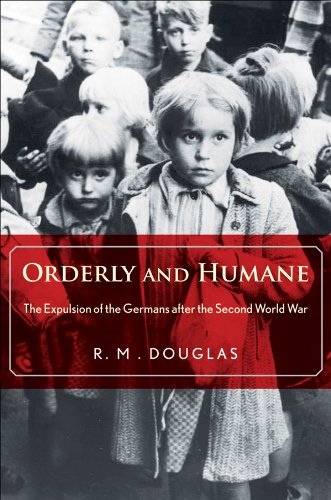 Two very interesting books about a piece of history no one acknowledges or talks about. “Orderly and Humane” by R. M. Douglas and “Forgotten Voices” by Ulrich Merten.

Immediately after the Second World War, the victorious Allies authorized and helped to carry out the forced relocation of German speakers from their homes across central and southern Europe to Germany.

The numbers were almost unimaginable—between 12,000,000 and 14,000,000 civilians, most of them women and children—and the losses horrifying—at least 500,000 people, and perhaps many more, died while detained in former concentration camps, while locked in trains en route, or after arriving in Germany exhausted, malnourished, and homeless. “Orderly and Humane” is the first in any language to tell the full story of this immense man-made catastrophe.

Based mainly on archival records of the countries that carried out the forced migrations and of the international humanitarian organizations that tried but failed to prevent the disastrous results, Orderly and Humane: The Expulsion of the Germans after the Second World War is an authoritative and objective account. It examines an aspect of European history that few have wished to confront, exploring how the expulsions were conceived, planned, and executed and how their legacy reverberates throughout central Europe today. The book is an important study of the largest recorded episode of what we now call “ethnic cleansing,” and it may also be the most significant untold story of the Second World War.

Before the outbreak of World War II, well over eighteen million Germans lived in what was generally referred to as Eastern Europe during the Cold War, that is, in East Prussia, Pomerania, the eastern Part of Brandenburg, Silesia, the free city of Danzig, as well as in territories outside the-then German Reich, in Czechoslovakia, notably the Sudetenland, in the Baltic States, in interwar Poland, Hungary, Rumania, Yugoslavia, and in parts of the Soviet Union.

The orderly and humane way

Beginning in the late summer months of 1944, of those who had survived the war up until then, more than fourteen million were expelled. That the actual process of the expulsions was a far cry from “the orderly and humane way” in which they were supposed to be conducted according to Article Thirteen of the Potsdam Agreement, signed on August 2, 1945, by the American President Truman, Soviet leader Stalin, and the British Prime Minister Attlee, was well known at the time.

In fact, Western democracies were fully aware of the nature of the expulsions of the ethnic German population from what had been their homeland for more than 800 years and of the human cost involved, as is borne out by a letter from Bertrand Russell to the London Times of October 23, 1945, in which he wrote: “In eastern Europe now mass deportations are being carried out by our allies on an unprecedented scale, and an apparently deliberate attempt is being made to exterminate many millions of Germans, not by gas but by depriving them of their homes and of food, leaving them to die by slow and agonized starvation.”

In postwar Germany, the political Left has tended to ignore the topic of the expulsions of the German population from the east. Some have accused those who write about the expulsions and Vertreibungsverbrechen —the crimes accompanying them—as serving the interests of the political Right or seeking to lessen German culpability for the outrages of the Nazi period.

This is manifestly not the case here. Ulrich Merten provides us with a balanced account of this emotionally charged issue. He makes it very clear that in those days the dividing line between good and evil was fluid.

The Myth of a Guilty Nation

This book “Forgotten Voices” offers a multifaceted and, in the English language, largely unknown history of the expulsions of Germans from Eastern Europe written by one who himself lost his home. Ulrich Merten, born in 1930 in Berlin, ﬂed National Socialist Germany for the United States as a child together with his parents, who actively opposed the National Socialist regime.

His father, Dr. Georg Muhle Merten, was a member of the German Democratic Party and Regierungsrat (Councilor) in the Prussian Ministry of the Interior during the Weimar Republic, which he actively supported. In fact, during the mid-1920s, he became head of a government intelligence organization that was in charge of prosecuting antidemocratic activities and thus opposed the National Socialist party early on.

Once the Nazis were ﬁrmly ensconced in power, he was charged with high treason and incarcerated in the notorious Oranienburg concentration camp north of Berlin in 1934–1935.

Besides this ethnic cleansing, the Allies also carried out deportations of east european subjects to the Soviet extermination camps. Infamous operation Keelhaul was the final that took place as late as 1947. Aleksandr Solzhenitsyn called this operation “the last secret of World War II.”

Eastern european subjects who had volunteered for the German Army (Ostlegionen and/or Waffen SS units) to fight the Soviets and communist repression in their homelands were to be repatriated without choice —a death sentence for many by execution or extermination through labour. Repatriation programs were enacted in Belgium, Finland, France, Holland, Norway, Sweden, and Switzerland. The only country known to have resisted requests to force unwilling Russians/eastern europeans to become repatriated was Liechtenstein. Solzhenitsyn estimates that overall, two or more million were forcibly repatriated to the Soviet Union. Men, women and children were turned over to the Russian secret police at gunpoint. The Repatriation of Cossacks were agreed to in the Yalta Conference.

The XVth SS Cossack Cavalry Corps commanded by Helmuth von Pannwitz surrendered to the British near Volkermarkt, in Austria, on May 10, 1945. By the end of May, 17,702 soldiers, including their German officers, and some women and children, were handed over to the Soviet NKVD at Judenburg. The Russian Liberation Army found itself by the end of World War II near Prague. Many, however, surrendered to the Red Army, others were hunted down, and some escaped to the Americans near Pilsen, only to be handed over to the Soviets. Vlasov, its commander, was arrested by the Americans and repatriated as well. Execution, torture, and labor camps awaited them.
The 162nd Turkoman Division had been formed from men from the Caucasus and from Turkic land further east, and fought in Italy; its main body surrendered near Padua in May 1945. They were sent to a POW camp near Taranto and shipped to Odessa. They received 20-year terms of hard labor.
Russians in German service who were captured in North Africa, Italy, and France after the Normandy landing consisted usually of forced-labour contingents or, after Normandy, also of Russians fighting within the context of the German Army. The repatriation process resulted in their execution or transport to labor camps, such as Vorkuta. Indeed the line between good and evil is very fluid!
The Terror Machine