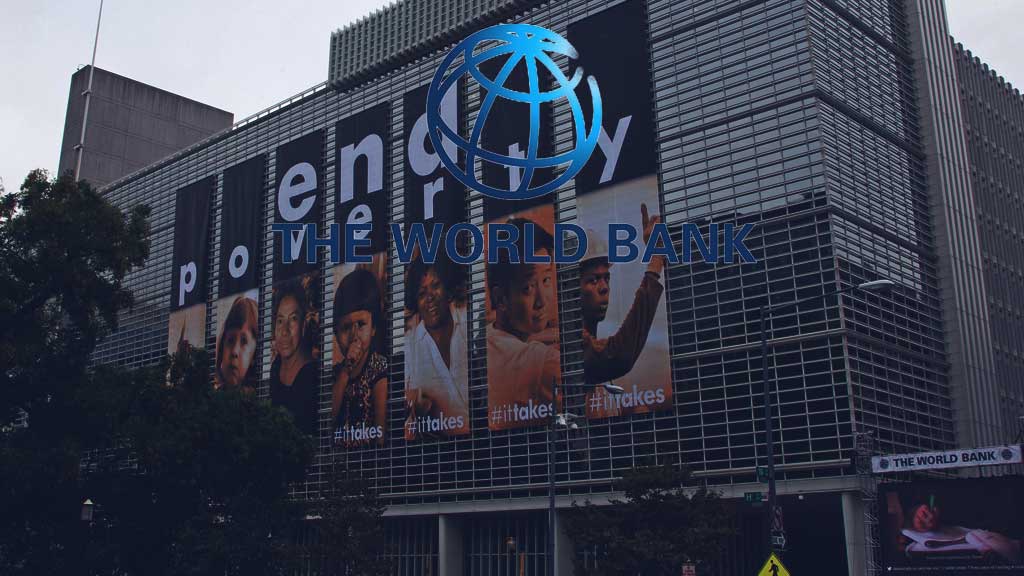 Everything you thought about money is a lie

Mrs. Hudes studied law at Yale Law School and economics at the University of Amsterdam. She worked in the US Export Import Bank of the US from 1980-1985 and in the Legal Department of the World Bank from 1986-2007. She established the Non Governmental Organization Committee of the International Law Section of the American Bar Association and the Committee on Multilateralism and the Accountability of International Organizations of the American Branch of the International Law Association.

Mrs. Hudes is trying very hard to uncover the occulted corrupt financial system that the select, worldwide Banking elite are using to control the wealth in the world. Throughout an interview with the New American, she talked about in what way we are willingly permitting this gang of bankers to completely dominate the resources of the planet … An excerpt:

A former insider at the World Bank, ex-Senior Counsel Karen Hudes, says the global financial system is dominated by a small group of corrupt, power-hungry figures centered around the privately owned U.S. Federal Reserve. The network has seized control of the media to cover up its crimes, too, she explained. In an interview with The New American, Hudes said that when she tried to blow the whistle on multiple problems at the World Bank, she was fired for her efforts. Now, along with a network of fellow whistleblowers, Hudes is determined to expose and end the corruption. And she is confident of success.

Citing an explosive 2011 Swiss study published in the PLOS ONE journal on the “network of global corporate control,” Hudes pointed out that a small group of entities — mostly financial institutions and especially central banks — exert a massive amount of influence over the international economy from behind the scenes. “What is really going on is that the world’s resources are being dominated by this group,” she explained, adding that the “corrupt power grabbers” have managed to dominate the media as well. “They’re being allowed to do it.”

However the global “elite” don’t just control these types of  mega-corporations. Based on Mrs. Hudes statements, they also take control of the unelected, unaccountable institutions that control the finances of just about any nation on the face of this planet. The World Bank, the IMF and central banks such as the Federal Reserve actually control the creation and the flow of money worldwide. (Money creation out of Debt see other post about the treacherous Fedral Reserve System)

At the top of this system sits the BIS – “Bank for International Settlements”. It is the central bank of central banks, and posted below is a video where you can watch Mrs. Hudes telling Greg Hunter of USAWatchdog.com the following…

“We don’t have to wait for anybody to fire the Fed or Bank for International Settlements (BIS-bank) . . . some states have already started to recognize silver and gold, the precious metals, as currency”

The majority have never even heard of the Bank for International Settlements, but it is an incredibly important corporation. This “central bank of the world” happens to be immune to the laws and regulations of all national governments…

This system did not get into being by chance. The truth is, a select group of men have been building this system for a very long time. Professor Carroll Quigley wrote all the way back in 1966 the big plans for the Bank for International Settlements… (which he by the way approved!)

Crimes and Cover-Ups in American Politics

The powers of financial capitalism had another far-reaching aim, nothing less than to create a world system of financial control in private hands able to dominate the political system of each country and the economy of the world as a whole. This system was to be controlled in a feudalist fashion by the central banks of the world acting in concert, by secret agreements arrived at in frequent private meetings and conferences. The apex of the system was to be the Bank for International Settlements in Basel, Switzerland, a private bank owned and controlled by the world’s central banks which were themselves private corporations.

Thus BIS is located in Basel, Switzerland, but it also has branches in Hong Kong and Mexico City.  It is essentially an unelected, unaccountable central bank of the world that has complete immunity from taxation and from national laws.  Even Wikipedia states that “it is not accountable to any single national government.”

Another Post about the BIS you can read here:
https://the.maier-files.com/major-cover-up/

Thus we have a system of “neo-feudalism” in which all of us and our national governments are enslaved to debt. Our Money is DEBT and nothing else, no value whatsoever. Every Euro, Dollar etc is a debt some-one else has. Everyone on the planet is using fiat currency that is backed up by nothing. And never before has the world faced such a serious debt crisis. Yes, in the past there have certainly been nations that have gotten into trouble with debt, but we have never had a situation where virtually all of the major powers around the globe were all drowning in debt at the same time.

This system is governed by the central banks and by the Bank for International Settlements, and it systematically transfers the wealth of the world out of our hands and into the hands of the few global controllers.