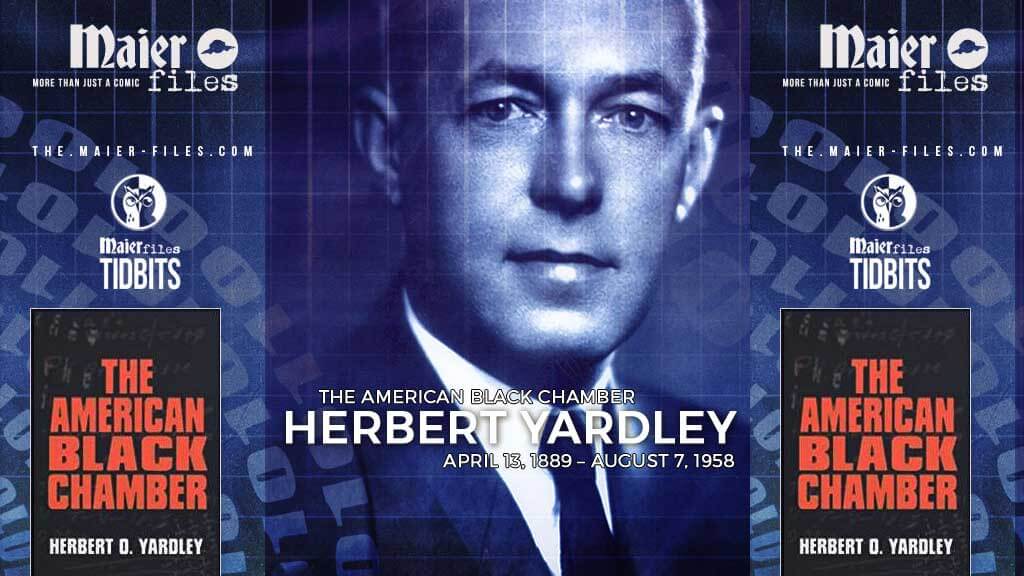 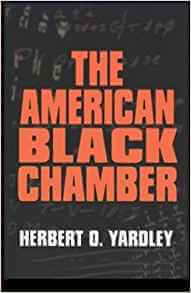 Herbert Osborn Yardley (April 13, 1889 – August 7, 1958) was an American cryptologist. He founded and led the cryptographic organization the Black Chamber. Under Yardley, the cryptanalysts of The American Black Chamber broke Japanese diplomatic codes and were able to furnish American negotiators with significant information during the Washington Naval Conference of 1921-1922. Recipient of the Distinguished Service Medal. He wrote The American Black Chamber (1931) about his experiences there. He later helped the Nationalists in China (1938–1940) to break Japanese codes.

Few could have predicted that Yardley would spill the beans about the Black Chamber. His reputation in official circles was that of a staunchly closedmouth civil servant, fully aware of the need to be security conscious for the sake of operations. In October 1924, he wrote to a colleague and declared: ‘Ever since the war I have consciously fought against disclosing anything about codes and ciphers. My reason is obvious: it warns other governments of our skill and makes our work more difficult.’

He regularly impressed upon his staff the importance of secrecy. Giant posters adorned the walls of his Manhattan workplace, emblazoned with warnings like: ‘SECRET! If enemies learn that we can decipher their present codes, they will try to devise more difficult forms’. On his watch, nothing ever leaked to the press, although it is interesting to note that Captain (later Admiral) Reginald Hall, head of British Naval Intelligence from 1914 to 1919, refused Yardley permission to visit Room, Britain’s codebreaking nerve-centre, citing his chatty manner.

However, one should not read too much into this; the British were not only notoriously secretive about their intelligence services, but also very protective of their patch, even with allies like the US. It thus came as a shock to senior officials when word reached them of Yardley’s intention to write a book. The alarm bell first sounded in spring 1930 when Viking Press contacted Colonel Stanley Ford, the assistant chief of staff for intelligence, about a proposal it had received from a certain Mr Yardley. Ford convinced Viking not to publish on the grounds of protecting national security, but it was only a matter of time before someone else took the bait.

The American Black Chamber was published on 1 June 1930, preceded by three serial extracts in the Saturday Evening Post, which, with a readership of 2.8 million, was one of the most popular magazines in the country. Chronicling Yardley’s involvement with code and cipher work from 1913 to 1929, and running to 375 pages, the book has something for everyone. The book is packed with revelations. Yardley listed twenty-one countries, including some of the United States’ closest friends, whose codes had been successfully broken. Controversially, Yardley revealed some of the ‘extra-legal’ ways in which his Bureau had acquired private communications, including the infiltration of foreign embassies, both at home and abroad.

Moreover, the book embarrassed Western Union by revealing how its telegraph offices had given the Bureau access to foreign governments’ coded messages. The most explosive chapters dealt with the breaking of Japanese Foreign Ministry codes, and the intelligence about Tokyo’s negotiating stance during the Washington Naval Conference (from 12 November 1921 to 6 February 1922). Perhaps the most startling revelation was that Yardley had deciphered a message reporting that the Allies, in a horrendous plot, had planned to assassinate President Woodrow Wilson during the Versailles “peace” talks either by administering slow poison or by giving him influenza in ice. Disclosures like this, while not necessarily accurate, ensured skyrocketing sales. Two weeks after publication, the book was in its third printing! 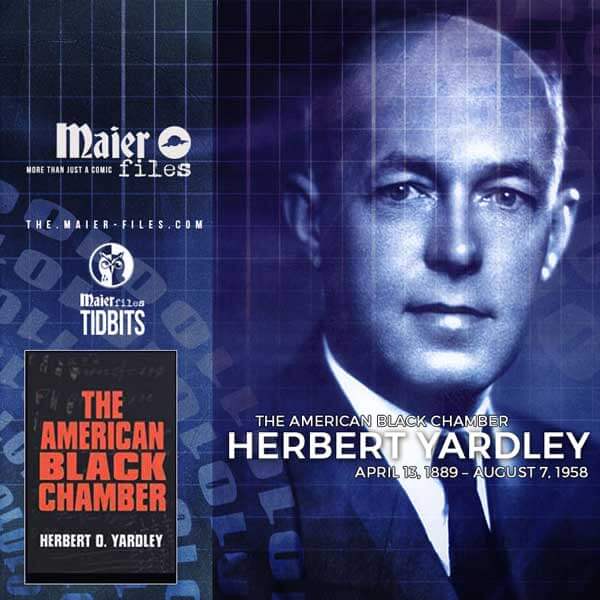 The authorities knew nothing about the contents of the book until it was published. Yardley had refused to submit his manuscript to Military Intelligence for security screening. The outrage after the publication was by no means limited to the federal government.

There was strong protest from sections of the US media. The New York Evening Post regarded Yardley’s actions as highly improper, bordering on treason, and suggested that if President Theodore Roosevelt were alive he would give the author a ‘lecture on betraying the secrets of one’s country’. The Boston Globe declared that Yardley’s behaviour amounted to treachery, and that he should be stripped of his Distinguished Service Medal.

Yardley died of a cerebral haemorrhage on 7 August 1958. Despite his clashes with the authorities, he was buried in Arlington National Cemetery, with full military honours. His biggest frustration was that he never again broke codes for his country.

He had hoped that Pearl Harbor would herald a reversal in his fortunes, as America searched desperately for cryptographers of his calibre. He made applications to the army, Federal Bureau of Investigations (FBI), navy and State Department; all were rejected. In early 1942, he was reported to have been chosen by William Donovan, who was setting up the OSS, to direct a cipher bureau. However, according to a declassified memorandum to FBI Director J. Edgar Hoover, someone had Yardley’s appointment ‘killed’.

In his 1967 book The Broken Seal, the espionage writer Ladislas Farago made the startling charge that, during the summer of 1928, Yardley betrayed his country and committed high treason by selling the secrets of the Black Chamber to the Japanese for $7,000.

According to Farago, Yardley needed the money to support his extravagant lifestyle. Moreover, he was upset that the government was not fully recognising his efforts. Farago’s account claimed that Yardley, through a Japanese reporter in New York, was put in contact with Setsuzo Sawada, a counsellor in the Japanese embassy.

Get these books at Amazon by clicking: