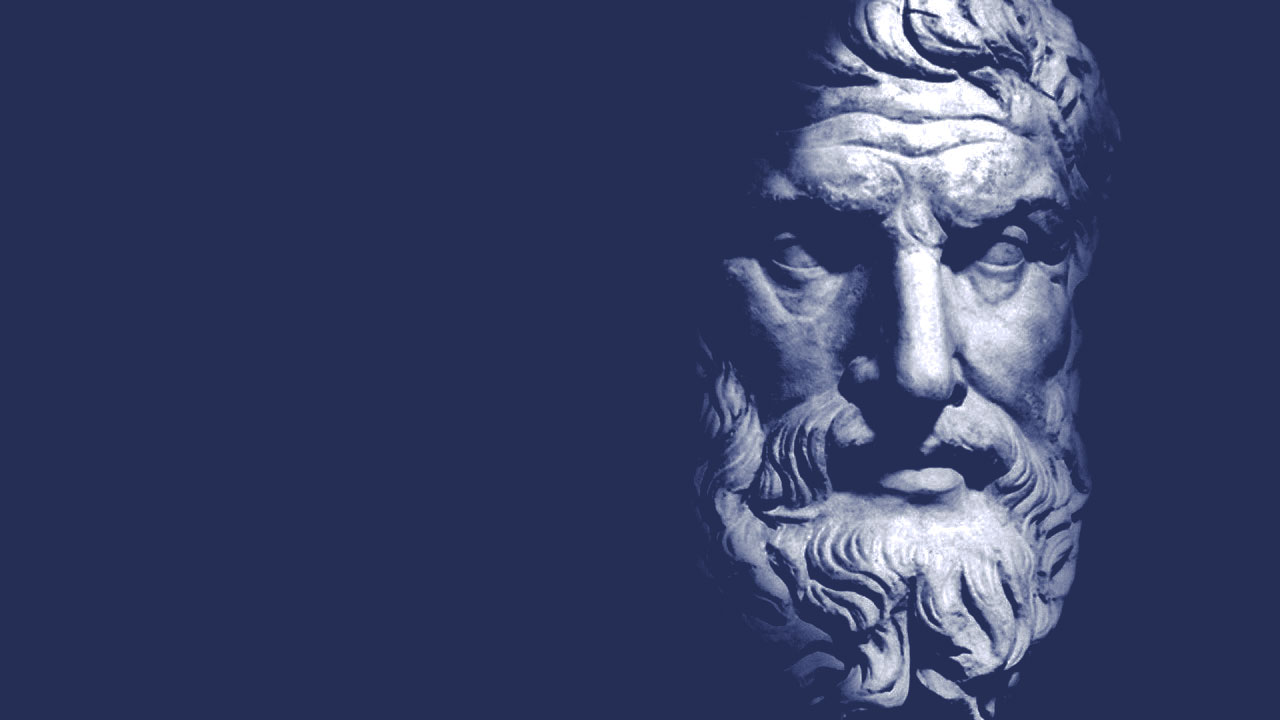 Epictetus and his guidelines to be free! 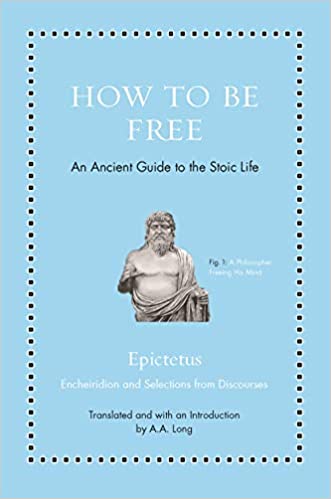 How to Be Free: An Ancient Guide to the Stoic Life
Available at Amazon

Epictetus and how to be free!? Is it a question or an exclamation, a political manifesto or a longing to go native, an aspiration for autonomy or the route to emancipation from bondage? This book presents an ancient Greek philosopher’s take on freedom— freedom construed as living in agreement with nature, owning and ruling oneself, becoming a world citizen, desiring always and only what you are assured of getting— and much more. Epictetus (c. AD 55– 135), our author and guide to the Stoic life, was born a slave (his Greek name means “acquired”), and entered service as a slave in the household of Epaphroditus, a power broker in Nero’s Rome, and himself a freedman.

By the time Epictetus publicly delivered his thoughts on freedom, he had enjoyed many years of manumission, but the experience of slavery left its mark on his philosophy through and through. The first lesson of the Encheiridion, his handbook guide to Stoicism, insists that everything that is truly our own doing is naturally free, unimpeded, and unconstrained.

Freedom, according to this notion, is neither legal status nor opportunity to move around at liberty. It is the mental orientation of persons who are impervious to frustration or disappointment because their wants and decisions depend on themselves and involve nothing that they cannot deliver to themselves. The Emperor Marcus Aurelius (reigned AD 161– 180) took the point and reflected on it in his Stoic Meditations. And the novelist, Tom Wolfe, followed suit when, in his 1998 novel A Man in Full, he imagines his young hero escaping from both a literal and a metaphorical prison after reading and digesting the Discourses of Epictetus.

The chief constraint on personal freedom in ancient Greece and Rome was what Epictetus knew at first hand, the social practice and indignity of slavery. It was slavery, the condition of being literally owned and made to serve at another’s behest that gave ancient freedom its intensely positive value and emotional charge.

Slaves’ bodily movements during their waking lives were strictly constrained by their masters’ wishes and by the menial functions they were required to perform. But slaves, like every one else, had minds, and minds as well as bodies are subject to freedom and constraint.

You can be externally free and internally a slave, controlled by psychological masters in the form of disabling desires and passions and cravings. Conversely, you could be outwardly obstructed or even in literal bondage but internally free from frustration and disharmony, so free in fact that you found yourself in charge of your own well- being, lacking little or nothing that you could not provide for yourself. The latter, in essence, is the freedom that Epictetus, the ancient Stoic philosopher, made the central theme of his teaching.

In the early years of the second century of our era, this ex- slave established a school for young men in the northwestern Greek city of Nicopolis, which had become a fashionable metropolitan center. One of his students was a brilliant youth called Arrian. Lucius Flavianus Arrianus, to give him his full name, was so impressed by his teacher’s message that he produced eight books of Discourses from the lectures on Stoicism he had heard Epictetus deliver, writing them out in more or less verbatim form; and he also drafted the summary of them that we know as the Encheiridion, or handbook.

The book, “How to Be Free,” contains translations of the Encheiridion and of nine excerpts from the four surviving books of Discourses. Arrian went on to have an illustrious career in Roman administration, and he published many other books including a history of Alexander the Great. We don’t know how he managed to reproduce the actual words of Epictetus, but the text that has come down to us, written in koine, the colloquial Greek also used in the New Testament, is clearly the voice of his teacher and not merely Arrian’s adaptation of the way the philosopher spoke.

As a guide to the Stoic life, Epictetus’s philosophy, especially in the Encheiridion format, has been popular ever since the text was first edited and printed in the sixteenth century. Translated and retranslated into numerous languages, his words strike home because they focus so sharply and memorably on situations that are the common lot of people at every time and place.

The emotions to which he propounds remedy— fear, anxiety, envy, anger, resentment, grief— are everyone’s experience, whether you live in Imperial Rome or modern America. To that extent Epictetus needs no introduction. Yet, while many of the scenarios he pictures are familiar place-fillers for our own experience, they also include his distinctive milieu and the mores of his distant time.

The texts of Epictetus that you will read in A. Long’s “How to be Free” elaborate on these doctrines and explore their implications as guidance for everyday life. His contexts cover an enormous range of situations, ranging from mundane circumstances of family and professional life to challenging situations such as illness, poverty, and death. Epictetus does not distinguish sharply between morals and manners. Everything we are called on to do and think about is germane to his principal question: is this something that is up to me to decide and get started on, or should I accept it calmly and dispassionately as a situation that was brought about by things that are outside my control?

Good? — by what standard? by Ayn Rand

A moment’s reflection will show that the either/or question covers just about every imaginable situation. Someone is rude to you: that happening is outside your control, but you have complete freedom in how you respond to it. Accidents happen, a loved one dies, you don’t get the job you applied for, you fall ill. None of this was your doing or responsibility, but in each case you are presented with something else that you can do, namely, treat the situation as an opportunity for exercising your own agency and assessment as distinct from taking yourself to be a victim of forces outside yourself, or as badly done to, or as singularly unfortunate.

Epictetus’s message of freedom, when reduced to succinct modern terms, might seem to fit such homely advice as “Get real,” “Grow up,” “Show what you are made of,” “Let it go,” “Mind your own business.” You can find more or less exact equivalents to these slogans in some of this book’s (HOW TO BE FREE) translated materials. Their familiarity has much to do with the way ancient Stoicism has influenced Western thought and education since the time when Epictetus, Seneca, and Marcus Aurelius were first assimilated into European and American culture.

It was these authors who gave rise to the modern sense of “philosophy” and “philosophical” as an outlook of serenity, calm, or resignation in the face of difficulties. These attitudes are not in vogue today because they don’t fit the fashion for authenticity, expectation, display of feeling, and self- assertion.

But in practice, as modern Stoic practitioners have found, they are timelessly relevant, and particularly applicable to our hectic world of social media, sound bites, validation, outrage, attention- seeking, and self- imposed anxiety.