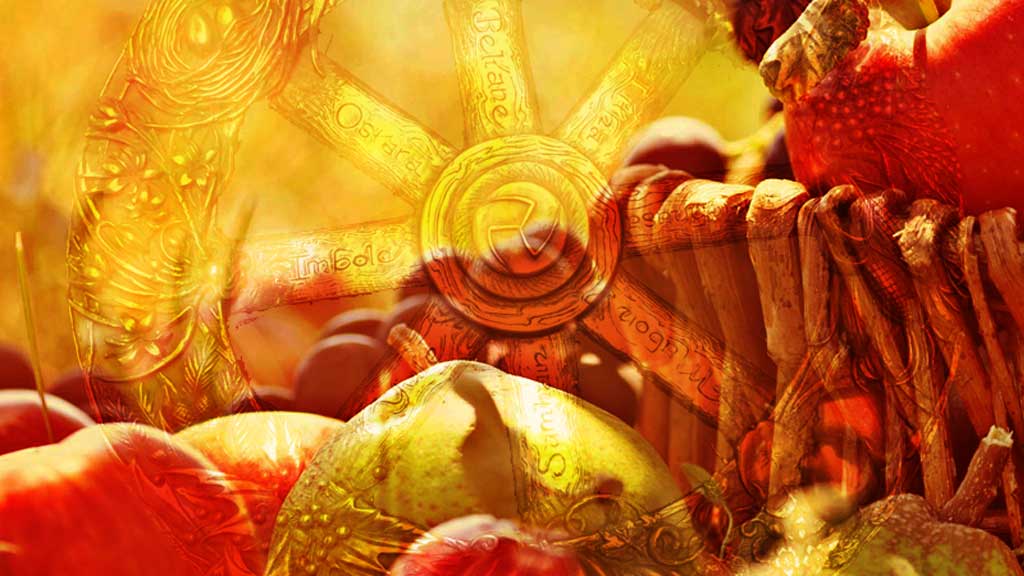 Most Pagan harvest traditions have roots in Eleusis

Harvest festivals celebrated more than finished work for the season; they celebrated the capacity to survive the winter. The best known of these harvest festivals was the Eleusinian Mysteries, a weeklong celebration in ancient Greece that fell close to the Autumn Equinox.

The equinox is not just a one-day event

It can happen over a span of two to three days depending on the location. Since Fall Equinox traditions center on the work of the harvest, allowing a few days to acknowledge the shifting light makes sense. Few farmers or gardeners can haul in all their new growth over the course of a single day.

Harvesting is a process that takes weeks, sometimes months. The work of gathering begets the work of winnowing, stacking, pickling, baking, and preserving. As the light wanes, the urgency of the work increases.

While archaeologists and historians have successfully pieced together some of the practices from the festival, much remains a mystery, including why so many parts of the celebration remained secret. The influence of these Mysteries spread across Europe; more than one scholar has speculated that later Pagan harvest traditions have roots in Eleusis.

The foundation of the Mysteries was the story of Demeter and Persephone/Kore. In this tale, Pluto fell in love with Kore and kidnapped her from the fields where she played, taking her back to his kingdom in Hades. When Demeter discovered her child missing, she searched everywhere on Earth for her. When at last she received word that Pluto was keeping her child, Demeter refused to let anything on Earth grow. Zeus, realizing that all his people would starve and die, was going to relent and insist Pluto (Hades) release Persephone. 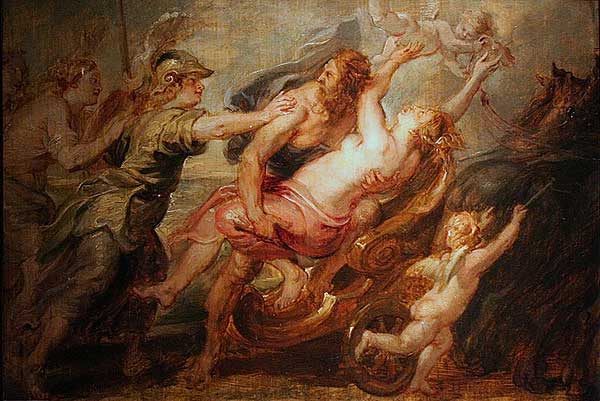 Unfortunately, Persephone consumed six seeds from a pomegranate during her stay in the underworld. Because she had partaken the food of the dead, she became part of that kingdom, and according the laws of nature could not ascend to the world of the living. Demeter held firm, refusing to let anything else grow, and so Zeus, with the help of his messenger Hermes, negotiated a partial release so that Kore could come to the land every spring and return at autumn to rule the dead beside her husband.

Some Celtic Pagans also call the Autumn Equinox Feast of Avalon. Avalon translates to “land of apples” in modern English, and often the apple harvest happens about this time. In many stories, about the harvest and Autumn Equinox and associated gods, the god figure sacrificed himself to the land for his people.

Because of this inevitability death association, it’s a season of harvest and grief. On a more subtle level, the spiritual themes of Autumn Equinox also highlighted the sacrifices of leadership. Every year, a leadership figure—the god—had to die to ensure the survival of his people.

Since the dying god represented the god of vegetation, this usually was interpreted at the most basic level of survival. The designation of a ritual scapegoat was a common practice in the ancient world. This practice, where a person or an animal assumed the “sins” of the populous, represented the dying god sacrificing his life for the land and its people.

With the god of the land gone, that leadership then falls to the goddess of the land. As the people lay the dying god to rest, the process that leads to the descent of the goddess at Samhain begins. The ancient Greek sang songs of mourning while they reaped, in Egypt the reaper cut the first few sheaves before pausing to beat his breast in mourning, and in Germany farmers often associated harvest time with death.

Preindustrial European farmers still enacted some of these grief rituals in their farming. John Barleycorn  is a British folk song that teaches the process of cereal grain harvest.

Barleycorn himself symbolizes the harvested vegetation. He acts as a symbol of the dying god and the ritual scapegoat at the same time. Hosts of traditions surround collecting the last sheaf. Whether collecting it meant good luck or bad depended on the European culture of that reaper. Often, its collection became a game. In one game, called “crying the mare,” reapers took turns throwing sickles at the last sheaves. The person who knocked the last one down gave a ritual cry of “I have her.” 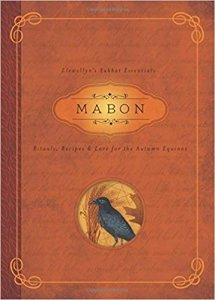 The sheaf also often had a local nickname that paralleled animals ancient Pagans used in sacrificial offerings. The last sheaf might have been called the ox (Germany), the hare (France), the cat (northern Germany), or the bull (Czech Republic). Some places called the last sheaf “the dead one.”

Sometimes, in an act reminiscent of scapegoat practices, an animal, such as a rooster, a mare, or a sheep, was set loose in the fields or hidden under the final cut sheaves. Sometimes the person who caught it kept it as a prize. In some places in Europe, the reapers and farmers butchered the animal on the fields and then served its meat at the end of harvest feast.

Crows and Ravens in mythology